Flyover collapse kills one, injures 19 in Indian city of Kolkata 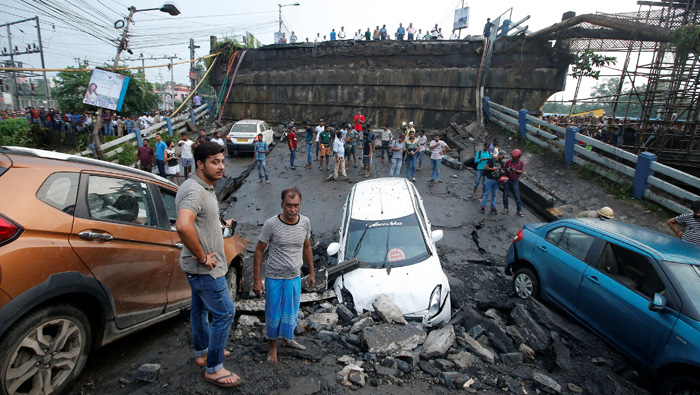 Kolkata: A bridge collapsed on Tuesday in the eastern Indian city of Kolkata, killing one and injuring 19, authorities said, as rescue workers sifted through the debris checking for other casualties.
Cars were seen among the rubble and a large portion of the bridge was destroyed.
Mamata Banerjee, chief minister of West Bengal state, confirmed that one person was killed, adding, "19 people have received injuries. All of them are stable." All India Trinamool Congress, the West Bengal state's ruling party, said on Twitter the bridge was 40 years old.
"The bridge deserved better maintenance," said Governor Keshari Nath Tripathi.
"The matter requires investigation." There were no more immediate details of the cause of the collapse. In March 2016, another bridge collapsed in the city, killing more than two dozen people.