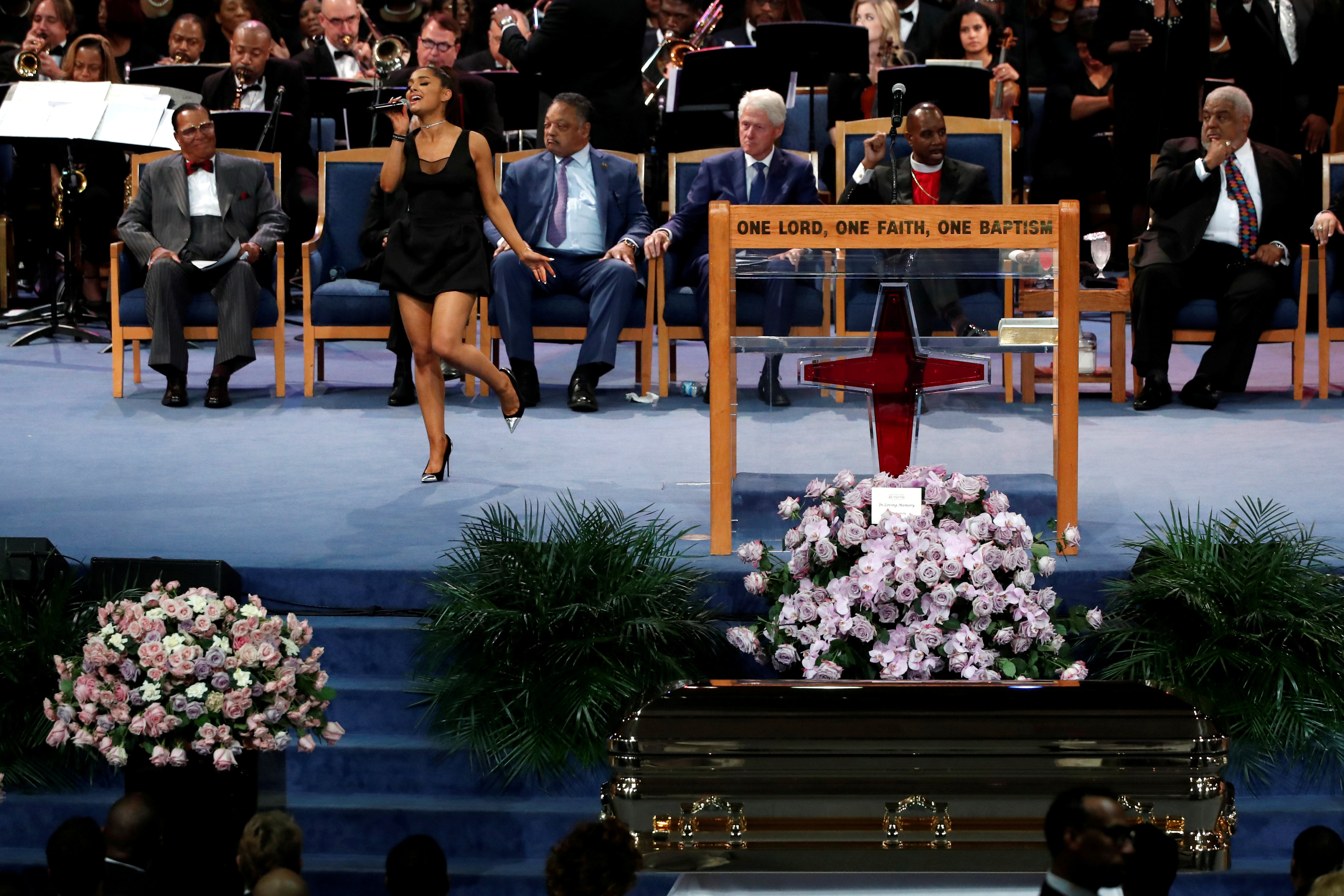 Detroit: Members of Aretha Franklin's family felt the eulogy for the 'Queen of Soul' delivered by a pastor at her funeral last week was "offensive and distasteful", they said on Monday.
Rev. Jasper Williams Jr., the pastor at Salem Baptist Church in Atlanta, spent his time at the podium raising social issues he said were critical to the black community.
Williams used the "platform to push his negative agenda" which Franklin's family "does not agree with," family members said in a statement emailed to Reuters.
"We found the comments to be offensive and distasteful," the family said. "Rev. Jasper Williams spent more than 50 minutes speaking and at no time did he properly eulogise her."
Family, friends and fans of Franklin offered a rousing farewell on Friday at an eight-hour service featuring tributes from former U.S. President Bill Clinton and civil rights leaders, as well as emotional performances by entertainers Ariana Grande, Jennifer Hudson and Gladys Knight.
Williams, picked because of past eulogies for family members, said in his remarks that single black mothers alone could not raise black boys to become men and that black lives would not matter "until black people start respecting black lives and stop killing ourselves."
He defended his comments at a news conference on Sunday.
"Respect for each other is the key to us changing the road we are on as a race," he said.
Franklin died at her Detroit home on August 16 from pancreatic cancer. Having sung at the inaugurations of three presidents, Jimmy Carter, Bill Clinton and Barack Obama, she was an American institution, receiving the Presidential Medal of Freedom from then President George W. Bush in 2005.
Detroit treated Franklin's death like that of royalty, with people filing past her body in the Charles H. Wright Museum of African American History for two days to pay their respects.