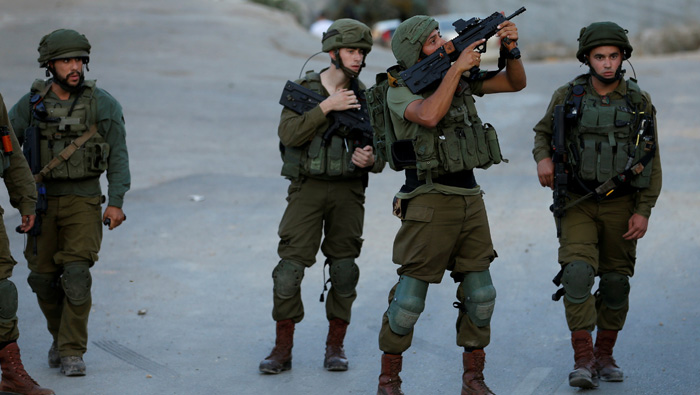 Occupied Jerusalem: Israeli forces said they shot and killed a Palestinian who was brandishing a knife near an Israeli settlement on Monday.
The Palestinian Red Crescent ambulance service confirmed the death near Hebron in the occupied West Bank, but said it had no further details.
"A Palestinian assailant approached an Israel Defence Forces checkpoint near Kiryat Arba, east of Hebron, with a drawn knife in his hand. In response, IDF troops fired towards him ... The assailant was neutralized," a brief military statement said.
However, a Palestinian resident of Hebron, Abed Al Maw'ti Al Qawasmi, claimed that the man was shot by an Israeli settler who "stopped his car suddenly and then fired at him".
Al Qawasmi said he heard four shots, and that the man killed was not carrying "any knives or anything". No Israelis were hurt. It was the first killing of a Palestinian by Israeli troops in the occupied West Bank since July, when a Palestinian assailant was shot dead after he entered the Israeli settlement of Adam and stabbed three people, one of whom later died.
Israeli-Palestinian tensions have surged in the past few months after a series of US and Israeli policy decisions that have angered Palestinians and raised international concern.