Football: Southampton held to a goalless draw by Burnley 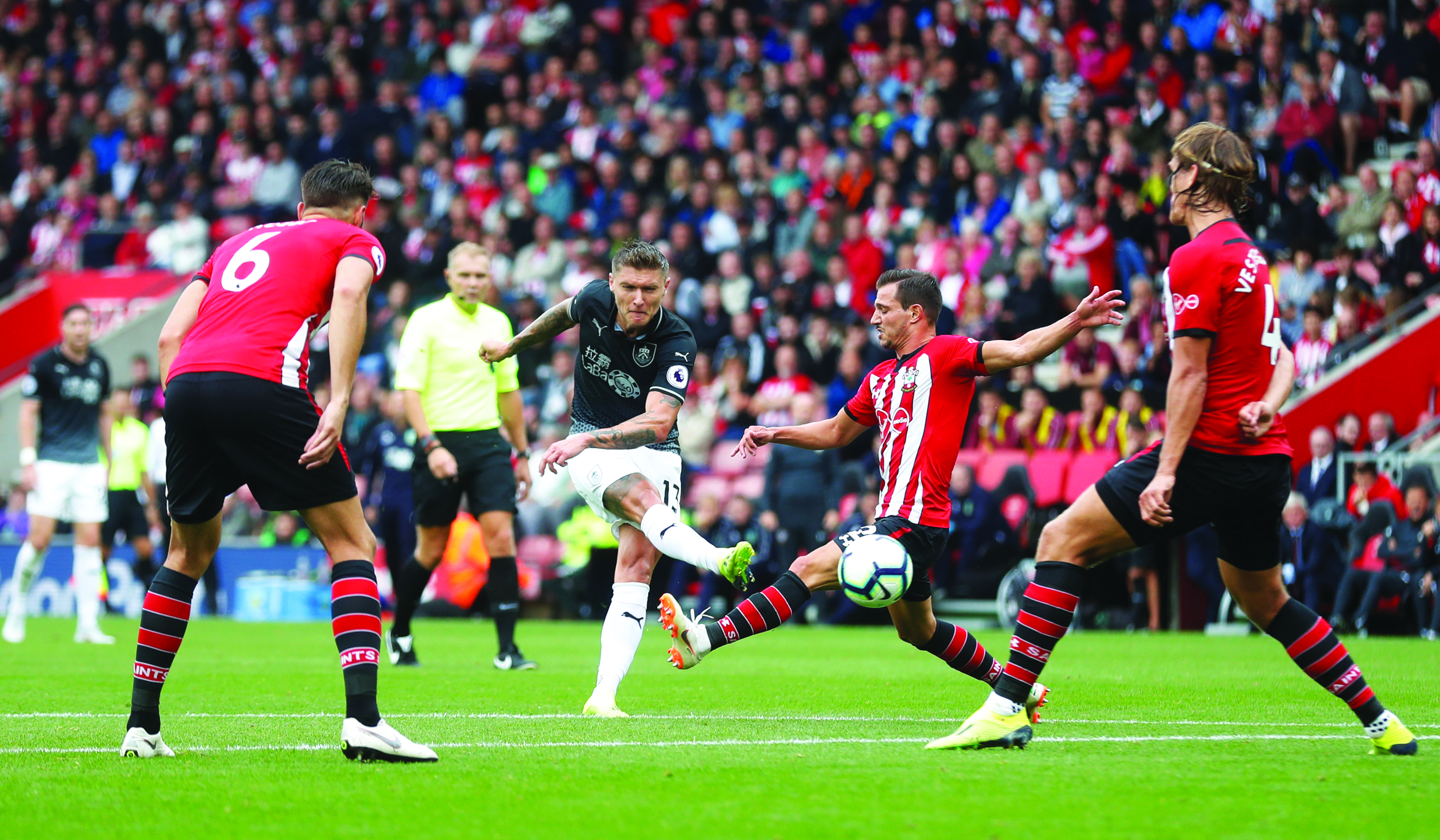 SOUTHAMPTON: Southampton were held to a goalless draw at home to Burnley in the Premier League on Sunday with Joe Hart making some key saves on his league debut for the Clarets and Saints keeper Alex McCarthy in inspired form.
Burnley dominated the first half and thought they had gone ahead in the eighth minute when former Southampton midfielder Jack Cork side-footed home, but the effort was ruled to have been offside.
McCarthy then did well to keep out a close-range shot from Aaron Lennon and a header from Jeff Hendrik as Burnley pushed for the opening goal.
Despite having played in Istanbul in the Europa League on Thursday, Burnley looked confident and moved the ball around midfield well but lacked a cutting edge in attack.
Danish defender Jannik Vestergaard, signed by Southampton during the close-season, made a strong debut and the Saints defence looked well-drilled and solid.
Mark Hughes's side looked the more likely to score after the break but England international Hart, who joined Burnley last week from Manchester City, produced some fine saves.
Hart foiled a Jack Stephens close range effort at the back post and produced a fine reaction save to keep out a glancing header from Mario Lemina.
A misplaced header from Ben Mee beat Hart but Burnley defender Matt Lowton headed clear off the line.
Danny Ings, brought in on loan from Liverpool, came off the bench to make his Southampton debut against his former club and added some variety and invention to the attack.
But a draw was a fair result, as Hart acknowledged.
"We played really well in the first half but they changed it round at halftime and pushed us in the second half. I think we're both happy with a point in the end," he said.
His opposite number McCarthy agreed.
"They were the better side in the first half and we think we were better in the second half. I was just happy to keep the ball out the back of the net," he said.