Oman’s policy of peace a big boom for economy 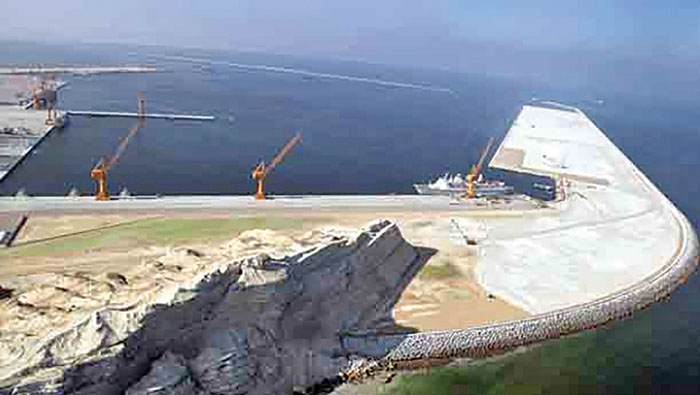 Muscat: Oman’s policies of peace, stability, inclusivity and non-interference have generated the goodwill required to promote foreign investments.
This was the view of Ahmed Al Hooti, a senior member of the Oman Chamber of Commerce and Industry, who also serves as its director of economics and research.
As a result of Oman’s stance of inclusivity, several foreign nations, including the fellow Gulf Cooperation Council (GCC) nations of Kuwait and Qatar, as well as India, a nation with which Oman has enjoyed excellent relations, are actively investing in the nation.
A significant amount of this investment has been planned for Duqm, Oman’s economic super city of the future, which is expected to propel the nation forward in the future, as well as the rapidly growing free zones in Salalah
and Sohar.
“Oman enjoys good and strong relations with different countries, and we play no part in the geopolitical situations around us,” he said. The politicians here are taking steps to make sure Oman is safe from all angles. One of them is the economy. With Kuwait, we have one of the largest refineries in the country, which is in Duqm. Kuwait is taking 50 per cent of this project, and there will be other such projects in the country.”
Tourism sector
“Today, most of the GCC investors are actually focusing on Duqm and Sohar, as well as the tourism sector, where we’ve founded around 10 hotels in Muscat alone, let alone the other places,” added Al Hooti. There will also be fisheries projects in Muscat, Sur, Duqm and Salalah. There are also Qatari projects in Duqm, Salalah and Ras Al Hadd.”
“From the Indian side, there are also one or two large projects underway; so, from these visits, it is clear that we are using these political relations to help our economy,” he explained.
However, Al Hooti added that the government needed to do more to encourage foreign investment. The key to this, he said, was changing the rules to make it easier to do so.
“Today, the government and other institutions are trying to change the rules to allow foreign investors to invest in Oman and keep things easy,” he revealed. “I believe this is the right time to talk about a change in this kind of regulation. Today, the government, along with the other institutions, is working hard to find better solutions for the future, but it takes time. It is better to do something rather than do nothing. It will take some time and some pain, but we will move forward.”
“We need to make some changes in rules and regulations for foreign investment, but it’s not that hard to make these changes,” added Al Hooti. “We are asking the government to make the change. We should not need to wait for long to make change happen. For example, a recent decree came from the municipalities in terms of fees, but the government said this wouldn’t happen, because there was no reason for people to pay this increased fee.”
“If the service is not fast and efficient, there is no need to pay more fees, but if you do introduce a quick and easy service, and then you charge more, people will pay,” he said. “Today, the government staff have to educate themselves and know that no one will pay without good service.”