This publication tells the tale of Omani Renaissance in numbers 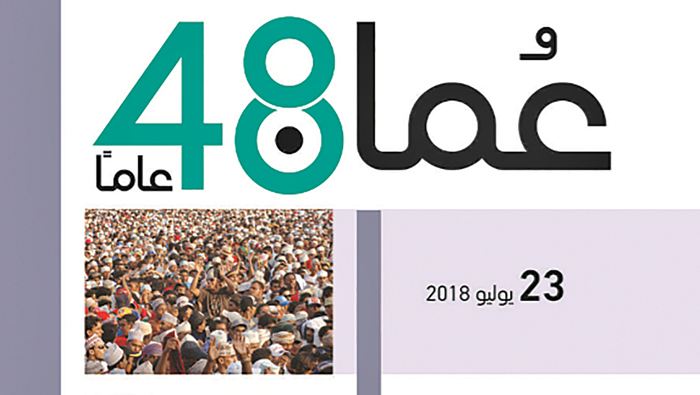 Muscat: The National Centre for Statistics and Information (NCSI) has released a publication titled “48 years of Oman”.
This book elaborates on the developments seen by the Sultanate in the last forty-eight years. It covers massive achievements in economic, social, cultural, sports and political fields, which were possible only with the comprehensive strategic vision of His Majesty Sultan Qaboos bin Said.
The book also reviews some of the achievements of the Sultanate under the wise leadership of His Majesty the Sultan between 1970 and 2017. The total population of the Sultanate touched 4.559 million – 55 per cent Omanis and 45 per cent expatriates – by the end of 2017. The population in 1977 was 901,000. It also talks about various demographic changes in the population and its annual growth rate.
The book has another chapter on housing, which was one of the first priorities of the government as the authorities tried to solve housing problem. It also mentioned the growth in the number of these housing units and the capital expenditure for building those houses.
The book also reviews the housing assistance programme and the number of households, which benefited from this programme during the five consecutive five-year plans. This also refers to the housing loan programme, which complements housing assistance programme and the average housing loans during the different periods.
In the chapter on health sector, the report gives a detailed description on developments seen by the healthcare sector in the Sultanate. It is a comprehensive coverage about the sector including the primarily health services provided to all citizens, achievements of the Sultanate in the healthcare field in the last four decades, which resulted in reduction in mortality rates, especially child mortality and control of communicable diseases.
In the chapter on education, the publication examines the Sultanate’s achievements in reducing the illiteracy rates and increase in the number of schools and teachers, as well as registrations and compatibility between male and female students. There is no discrimination between male and female students while giving admission for various courses, which is one of the several benefits of the blessed Renaissance.
As far as development of manpower is concerned, the book shows the Sultanate’s achievements which led to the expansion of employment, job opportunities in the public and private sectors and growth of Oman’s economy that helped in providing employment opportunities for youths. The employment ratio increased from 37.7 per cent in 1990 to about 66.7 per cent in 2017.
The special publication illustrated the efforts made by the government of the Sultanate since the initial years of the Renaissance for achieving social balance because the human being is the centre of development and its goal. Since the beginning, it has focused on efforts to increase income for all citizens, social security for those living below poverty line by expanding coverage of social security programmes.
The book shows the status enjoyed by Omani women in the glorious era of the blessed Renaissance. They have achieved prominent position in the Omani society along with men in reaching to highest leadership and administrative positions.
The publication also touched on the Sultanate’s achievements in the fields of media - the number of newspapers, periodicals and other publications, as well as electronic media.
It also talked about the cultural sector in terms of number of theatres, theatre performances, and other cultural events. The book also elaborates on the Sultanate’s achievements in the tourism sector, especially on tourism infrastructure.
The book also talks about the achievements made in sports and the support and interest of young people in sports activities. It gives statistics about the sports facilities in the country.