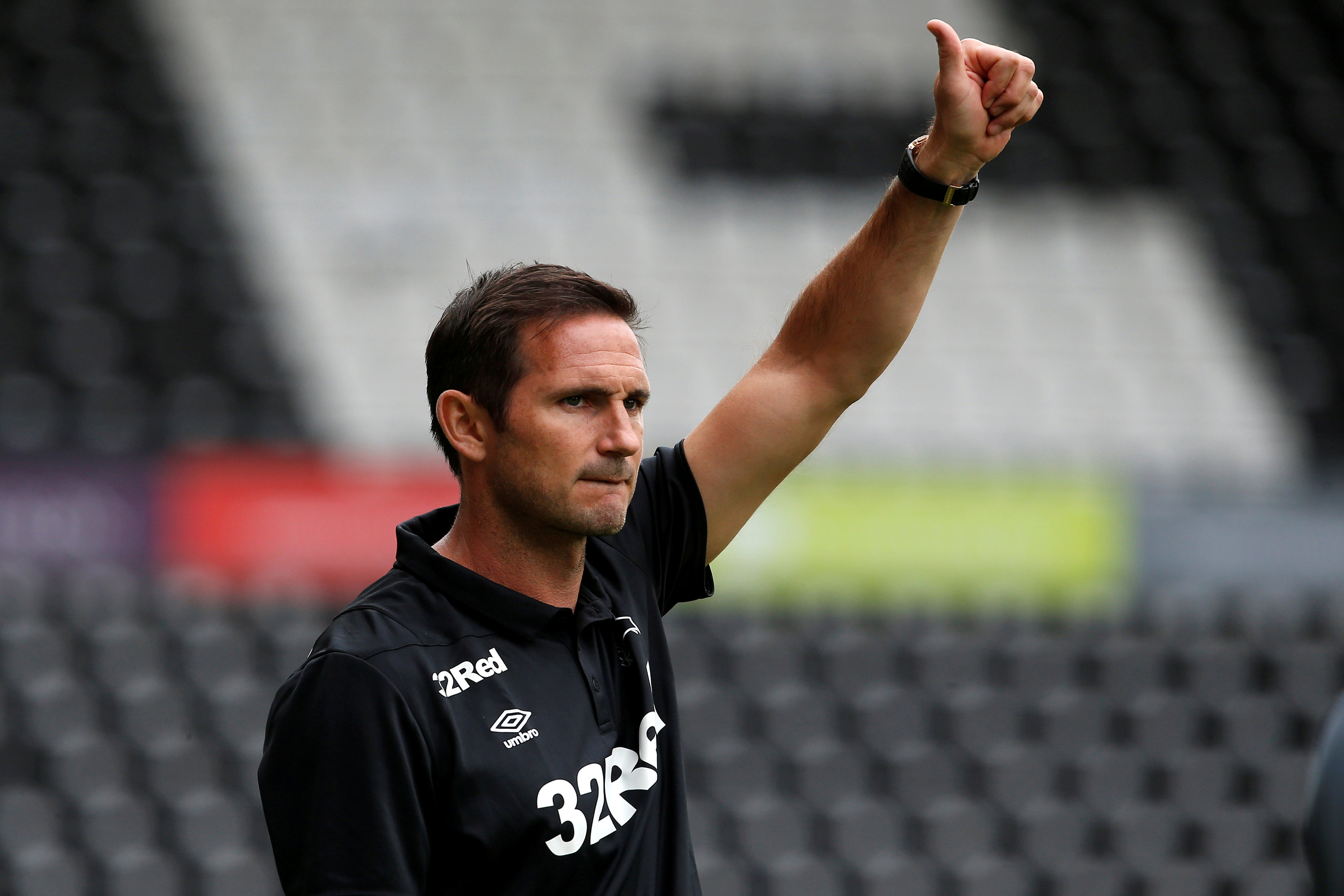 LONDON: Former England midfielder Frank Lampard began his managerial reign with a victory as his Derby County side came from behind to beat Reading 2-1 with a last-gasp goal in the Championship on Friday when the Football League season got underway.
Derby's Tom Lawrence headed the winner in the 94th minute after teenager Mason Mount scored on the hour with a low drive to cancel out Jon Dadi Bodvarsson's powerful header that had put the hosts in front after 53 minutes at the Madejski Stadium.
"What a finish. You can call it a stroke of luck, but those things are hard-earned," said Lampard. "It’s a last-second winner, so it’s an incredible feeling," he added after his name rang out among the celebrating away fans at the final whistle.
"This is football and this is why I came into management - the fans at the end of the game and those celebrations, we have to savour them because that’s what hard work can get you."
The win meant Lampard, who signed a three-year deal in May having ended his playing career with New York City, got the better of counterpart Paul Clement in the opposition dugout, having worked as a player at Chelsea with the ex-Blues coach.
He will be aiming for at least a playoff spot but is under no illusions as to how tough it will be to win promotion.
"It’s a tough, tough game. We have to learn because there is loads of room for improvement," added Lampard.
Reading made the visitors work hard but were made to pay at the end as Wales winger Lawrence powered his header into the top corner from Mason Bennett's cross after Mount, on loan from Chelsea, had got Derby back in the match with a debut goal.
The 40-year-old Lampard, capped 106 times by England between 1999 and 2014, won three Premier League titles, four FA Cups and one Champions League crown with Chelsea but knows he has a lot to learn this season from his unfamiliar place on the bench.
It is 10 years since former English champions Derby were in the Premier League and the pressure for a return is high.
Derby came sixth last season under Gary Rowett, now in charge at Stoke City, before losing in the playoff semi-finals to Fulham, while Reading sacked the former Manchester United defender Jaap Stam in March and finished 20th under Clement.