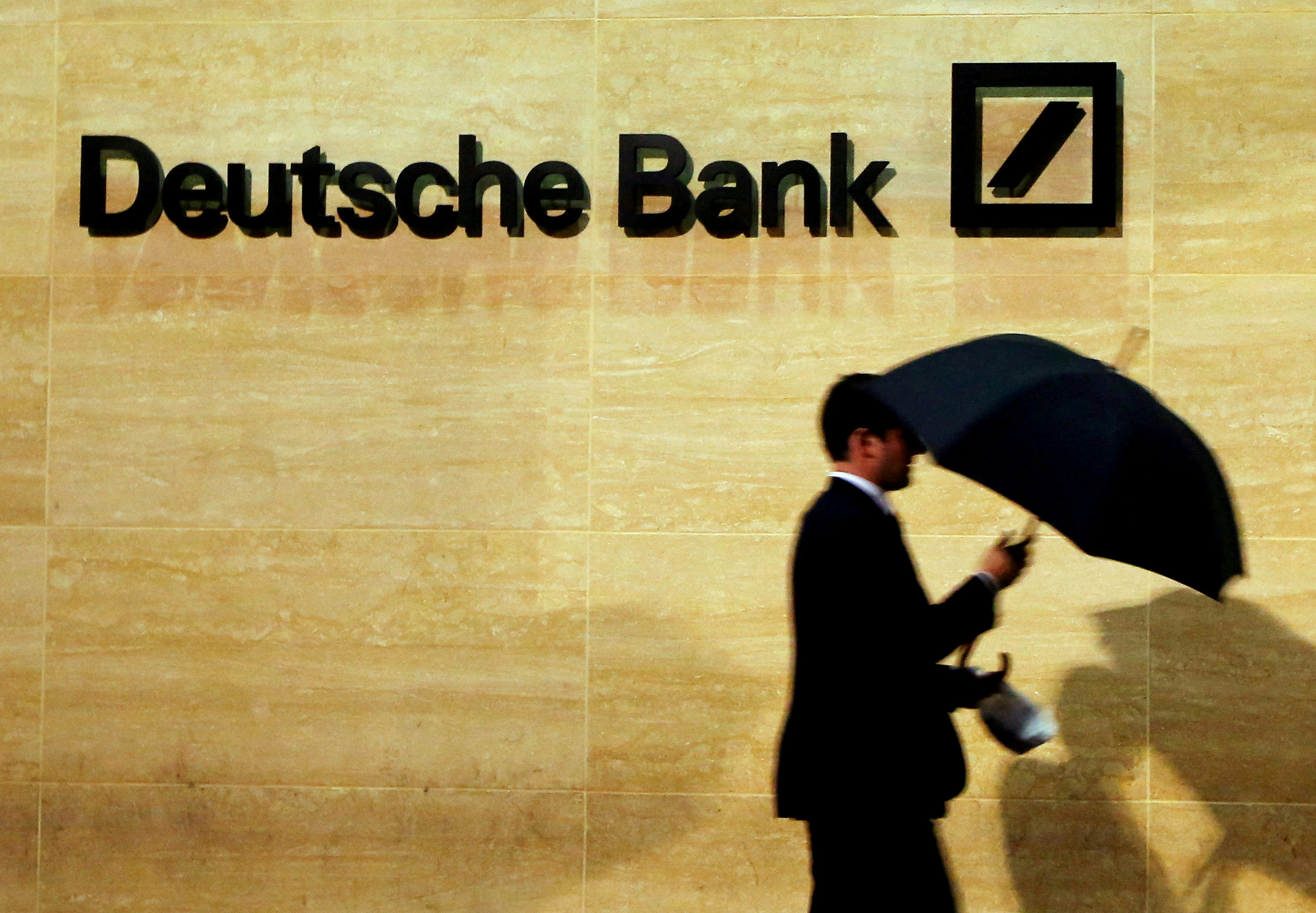 Frankfurt/London: Deutsche Bank has moved the clearing of a "large part" of new euro-denominated derivatives trades from London to Frankfurt, as financial firms ramp up their Brexit preparations.
The shift by Germany's largest bank, which was confirmed by a spokesman on Monday, is a boost to Deutsche Boerse's efforts to gain ground from London in the euro clearing market. This ensures a deal completes even if one side of a trade goes bust, as Britain exits the European Union.
London Stock Exchange's LCH division has long dominated clearing of euro-denominated derivatives like interest rate swaps, which are used by companies to cover themselves against unexpected moves in borrowing costs.
The worry for the City of London is that if chunks of clearing move elsewhere, other activities like trading and jobs could follow, eating away at Britain's biggest economic sector.
LSE declined to comment on Deutsche Bank's largely symbolic move, first reported by the Financial Times, which was widely expected given that its base is in Frankfurt and it is moving other activities there due to Brexit.
The Deutsche Bank spokesman said no jobs were being transferred and that the bank was effectively pushing a different button to route the clearing to Eurex, Deutsche Boerse's clearing division, rather than LCH.
International banks with European bases in London have been opening hubs in the EU to avoid Brexit disrupting business.
Meanwhile trading firm Jane Street, one of the largest players in exchange-traded funds, said on Monday it had opened an office in Amsterdam, giving it a location from which to serve EU clients when Britian leaves the bloc.
The Dutch capital, with high-speed digital infrastructure in the heart of Western Europe, has become a favourite destination for trading businesses looking for an alternative to London.
And Credit Suisse is looking to shift about 50 jobs from London to Madrid as part of its efforts to continue doing business in the European Union after Britain leaves the bloc in 2019, a source close to the bank said on Monday.
The European Central Bank in Frankfurt, which declined to comment on Monday on Deutsche Bank's move, told Reuters last week that being connected to local market infrastructure like clearing is a requirement for a euro zone licence.
LCH has see strong growth, with interest rate clearing at SwapClear up 23 per cent in the first half of 2018 at $575.8 trillion, though a large chunk is denominated in dollars.
A spokeswoman for Eurex said that it now has a market share of 8.9 per cent in notional outstanding euro clearing, up from virtually zero a year ago, though still tiny compared with 89.07 per cent for LCH, according to calculations from Eurex.
Consultants Clarus have said the growth in Eurex has mainly come from euro denominated forward rate agreements (FRAs) or shorter-term products, rather than the full-duration rate swaps that LCH clears.
There are also no signs that Deutsche Bank or its peers are shifting existing euro positions from LCH to Eurex, a cumbersome process that would take time and customer permission, bankers say.
Deutsche Boerse has set up a clearing business model similar to that of LCH by introducing a profit-sharing scheme last October to attract interest rate swap clearing.
There are now 29 firms in the scheme with more to come.
"Our focus for the next six months will be to increase buy side activity based on the good price quality provided by the banks participating in our partnership program," Eurex said.
The ECB has long wanted euro-denominated clearing relocated from London to the euro zone, arguing it should have some oversight, given that it would be called on to inject euros in the market if a clearing house got into trouble.
The EU is in the process of approving a draft law that will mean direct EU oversight of LCH in London after Brexit if it wants to continue clearing euro transactions for customers in the bloc, otherwise clearing would have to relocate to the euro zone.
Officials at the Bank of England, which regulates LCH, have argued that splitting euro clearing would fragment markets and bump up costs for users, a view disputed by Eurex.
"Given the costs that such a balkanised clearing infrastructure would incur for European corporates, we consider enhanced regulatory oversight of existing arrangements to be the most likely outcome," Berenberg analysts said last month.
But industry officials say a shift in some volume could even help LCH by making forced relocation less pressing.
Some LCH euro repo clearing has already moved from London to LCH's Paris subsidiary, but this may not be enough to satisfy the ECB.