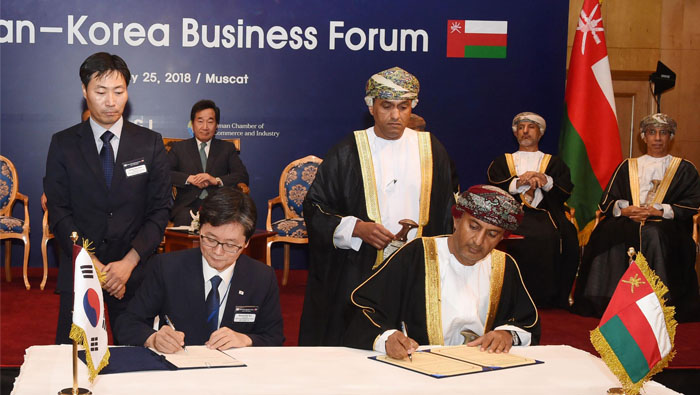 Muscat: The Sultanate of Oman and the Republic of Korea (ROK) yesterday signed a memorandum of understanding (MoU)for cooperation between the two sides in the field of smart cities.
The signing of the memorandum was part of the one-day Omani-Korean Business Forum, aimed at coming up with a study on the importance of factors, projects, and investment areas in the smart cities sector in the Special Economic Zone in Duqm (SEZD).
The memorandum was signed by Dr. Ali bin Masoud Al Sunaidy, Minister of Commerce and Industry, and Son Byeong Suk, Vice Minister of Land and Infrastructure, Republic of Korea.
This MoU comes within the framework of the factors needed by the economic zones, such as SEZD by establishing these Smart Cities.
There is coordination between the Special Economic Zone Authority in Duqm (SEZAD) and the Korean side in the field of preparing a draft to conduct some studies on the vision of smart cities, which became the key engine of many economies around the world.