​Citizen, expat honoured for their rescue efforts in Oman 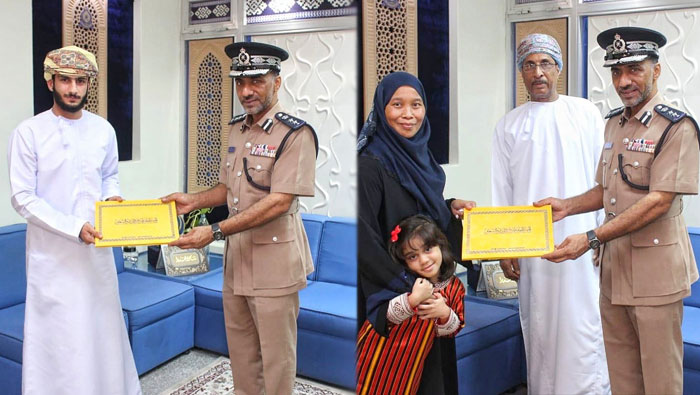 Muscat: An Omani national and a female expat have been honoured by the Public Authority for Civil Defence and Ambulance (PACDA) for their rescue efforts in two separate incidents.

In the first case, officials said that, Salim Saif Al Raisi helped in rescue efforts when a fire broke out in a residential building at Sohar University. Meanwhile Sri Gumiti, an “Asian” expat was honoured for her role in saving a girl who had fallen into a well in Sohar.

PACDA reported via Twitter, "The Colonel/Director of Civil Defence and Ambulance in the North Al Batinah Governorate honoured Omani citizen Salim bin Said Al Raisi for his efforts and cooperation with Civil Defence teams during rescue operations when a fire started in the female students' residence at Sohar University.

"Sri Gumiti, an Asian national, was also honoured for her part in saving the life of a girl who had fallen into a well in the Wilayat of Sohar,” PACDA added.