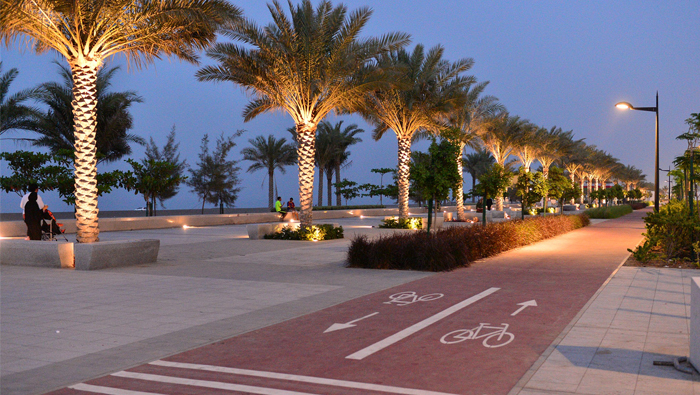 Muscat: Muscat Municipality conducted 20,691 inspections of shops and restaurants in 2017, shutting down 245 foodstuff shops and issued 1,500 violation citations to establishments, a press release stated.
Muscat Municipality said that such shops did not comply with the conditions to ensure safe public health.
Further, the inspectors disposed of 8,000 kg of cooked meat, fish, poultry, vegetables, fruits and foodstuffs unfit for human consumption. It also destroyed 2,142 cans of expired food.
Moreover, the Inspection and Food Control Office at Muscat International Airport destroyed more than 19,000 kg of meat, fish, eggs, dairy products and various foodstuffs.
During the same period, the Central Laboratory of the Municipality recorded 671 food samples that were subjected to microbiological examinations. Of these, 652 samples were deemed safe, while 19 samples did not comply with microbiological specifications.
Accommodate workers
Currently, Muscat Municipality is also building housing complexes to accommodate workers in the wilayat of Seeb and Quriyat.
The project includes the establishment of integrated townships to accommodate workers, consisting of rooms equipped with kitchens and toilets, basic facilities and services, as well as providing space for rest at each residential site.
The project seeks to provide an appropriate environment for the housing of municipal workers in various sectors, according to the appropriate standards for these types of services.
The municipality took care to build the workers’ housing in areas so as not to disturb the urban environment of residential and commercial neighbourhoods in Muscat. In 2017, Muscat Municipality began to replace the traditional lighting in Muscat Governorate with energy saving lighting LED lighting in some areas of the capital.
The move comes as part of plans to ration electricity consumption, conserve energy and achieve sustainable development standards, with an operating period of up to 20 years and a 10-year warranty on lights.
Muscat Telecommunications
In 2017, the Muscat Telecommunications Centre received 43,711 incoming calls, of which 38,034 were answered,” a statement from the Muscat Municipality said.
The Muscat Communications Centre at the General Directorate for Service Development in Muscat Municipality is one of the main services provided by the municipality, which receives complaints and suggestions from the public.
Most complaints were related to lighting issues, the spread of insects and environmental waste.