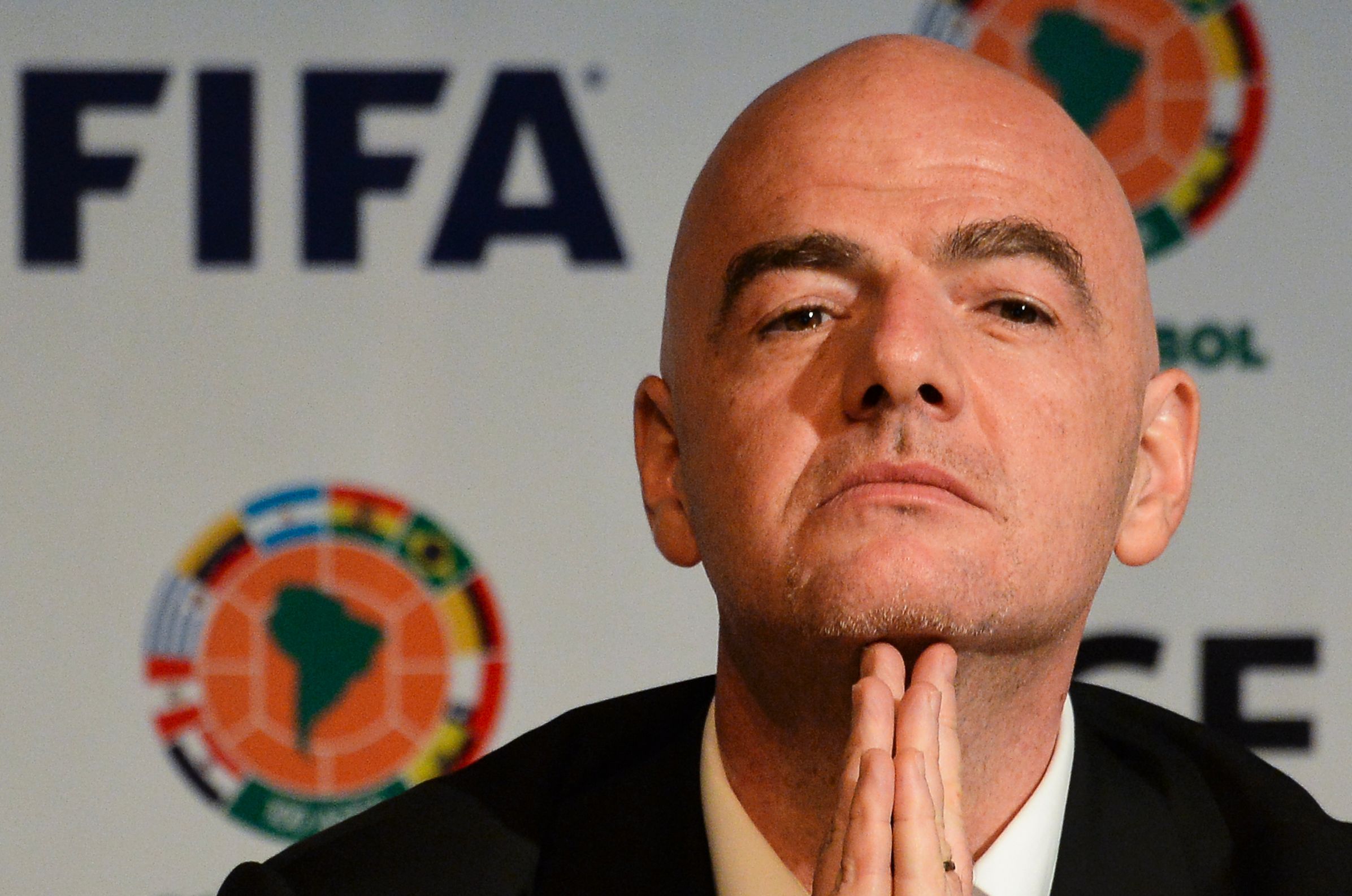 Berne: Recently-elected FIFA president Gianni Infantino was "dismayed that his integrity was being doubted" in media reports about a contract he signed several years ago, the global soccer body said in a statement on Tuesday.
The reports from multiple news organisations, citing leaked documents, said Infantino had signed off on a contract with two Argentine businessman, Hugo and Mariano Jinkis, who were later indicted in the United States.
Reuters could not determine if the contract Infantino signed was related to the conduct underlying the indictments.
The reports said Infantino, at the time an official with European soccer body UEFA, signed a contract with the pair for the broadcast rights to Europe's elite Champions League club competition in South America.
The pair, who owned an Argentine company called Cross Trading, then allegedly sold the rights for a price almost three times higher to Teleamazonas, a broadcaster in Ecuador, the reports said.
Reuters, which has not seen the documents, was unable to confirm this.
Both are among several dozen soccer officials indicted in the United States as part of a huge graft scandal which has swept the game and thrown FIFA into turmoil.
"I am dismayed and will not accept that my integrity is being doubted by certain areas of the media, especially given that UEFA has already disclosed in detail all facts regarding these contracts," Infantino said in a FIFA statement.
"I would like to state for the record that neither UEFA nor I have ever been contacted by any authorities in relation to these particular contracts," he added.
"Moreover, as media themselves report, there is no indication whatsoever for any wrongdoings from neither UEFA nor myself in this matter."
Public outrage
Infantino was elected as head of FIFA in February, vowing to lead the soccer body out of years of corruption and scandal which saw his predecessor Sepp Blatter banned for six years.
The documents were part of the 11 million that were leaked from the Panamanian law firm Mossack Fonseca in what have become known as the Panama Papers.
While offshore accounts are not in themselves illegal, the documents have caused public outrage over how the world's rich and powerful are able to move money around and avoid taxes.
Mossack Fonseca, which specialises in setting up offshore companies, denies any wrongdoing.
Reuters has not seen the documents and cannot verify the media reports.
UEFA was also dismayed at the media reports, which it said were a slur on Infantino.
"There was never any suggestion that anything improper took place," it said, adding that the media had "misrepresented" the facts without elaborating.
"This attempted slur on (Infantino)'s character and on the reputation of UEFA, based on absolutely no evidence whatsoever, is not only a sad day for football but also a sad day for journalism."
It added that the broadcast rights in question "were awarded after an open tender conducted by TEAM Marketing (UEFA's broadcasting and marketing partner), acting on behalf of UEFA."
"The rights were awarded to Teleamazonas/Cross Trading because they made the highest offer on the market."