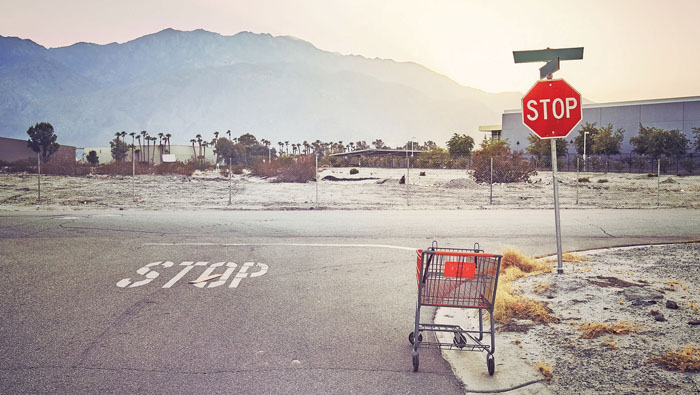 Muscat: Leading supermarket chains in Oman are taking extreme measures to stop customers from taking trolleys home with them, after incurring massive costs to replace missing ones.
Supermarket managers interviewed by the Times of Oman said the measures were taken because customers who regularly shop at their outlets take trolleys home with them or abandon them once they have loaded their purchases into their vehicles, with no intention of returning the trolleys.
A significant portion of money needs to be diverted towards replacing trolleys taken away by customers, with replacement trolleys costing up to OMR150 apiece. That excludes import charges and other fees incurred in bringing them into the Sultanate.
With some shops saying they lose some 15 trolleys a month from each of their outlets, supermarket chains in Oman are looking at an outlay of some OMR2,000 per store in replacement costs, before taxes and import duties.
“Our parent office is based in Dubai, so we have to bring in trolleys from there, and it costs between OMR100 and OMR150 to replace just one trolley,” said the floor manager of an upmarket supermarket chain. “We get some 8,000 customers a month, and have at least 40 trolleys in each of our stores. Unfortunately though, sometimes customers take away as many as 10 trolleys a month and we have to replace them. Once in two or three days, we go around the area and search for trolleys that people have taken away.”
“Because of this, we now employ two people in each of our stores, and their sole job is to ensure that the trolleys are not taken away,” he added. “They should understand that this is company property. This happens mostly in areas where peoples’ houses are close to the shops. We have stores in some of the major malls and people live close by, so they tend to take the trolleys near their homes and they just leave them there.”
“This is unlike the other people who live far away, because they just load their purchases into their cars and leave the trolley in the parking lot for our people to collect,” he said. “At the moment, we don’t have any plans to stop this, because we don’t want to create any uncomfortable situation for them, because we believe that they are also responsible and they will leave it in the right place.”
Another manager at a hypermarket in Ruwi said they had to take the difficult decision of stopping the practice of stocking trolleys in their stores due to large-scale cases of people taking trolleys from their stores.
“We have asked people on several occasions to return the trolleys they took, but despite repeated requests and many notices, people did not listen to us and they continued to take the trolleys away,” said the hypermarket manager. “We don’t want to take such measures, but now we only keep shopping baskets in our shops.”
“People have complained to us saying they were inconvenienced by the lack of trolleys, but what choice do we have?” he asked. “It costs a lot of money to keep replacing these trolleys, so this was a decision we had to take.”
A senior manager of another chain of stores, which sees upward of 30,000 people visit his shops across Oman, said his chain was compelled to employ a trolley retrieval team of up to eight people, despite the sweltering conditions that persisted outside.
“With the volume of customers we get on a daily basis, we cannot afford to have people take the trolleys away, because replacing them is very expensive,” he confirmed to Times of Oman.
“I have seen people putting the trolleys in the back of their four-wheel drives and just drive away with them. Because of this, we have deployed a team of eight people at every parking lot, and since then, very few people have driven away with trolleys.”
“I know it is very hot outside, but we have to take such steps to ensure we don’t lose these trolleys,” he added. “People don’t understand that the trolleys we get take a lot of time and effort to reach us. They think we can get trolleys very easily so they can do whatever they want with them.”
Residents and citizens in Oman seemed to agree with the steps taken by these supermarkets.
“People should respect the supermarkets’ property and not treat it as their own,” said Ayesha, an Omani national. “I have seen children actually conduct races in these trolleys and it is quite surprising. Not only is it dangerous but trolleys are not meant to be used for these purposes.”
“Previously, the supermarket I used to shop from used to let us take the trolleys home because we had that trust with them and they knew we would return them,” said Mukund, an expat who lives in Oman with his wife and two children. “Now, however, they don’t allow us to do so and I can understand why.”
“I used to live in Sharjah, and there, you had to put a coin in the trolley to use it,” he added. “That seemed to stop people from taking these trolleys home with them, so maybe such a system will work here as well.”