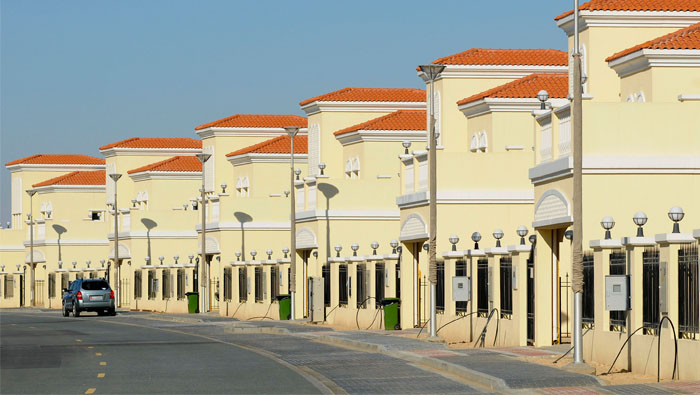 Muscat: Dubai, Abu Dhabi and Sharjah — the three emirates of the UAE — have emerged as the region’s most popular investment destinations amongst Gulf Cooperation Council (GCC) High Net Worth Individuals (HNWIs), according to leading real estate consultancy, Cluttons.
Cluttons’ 2016 Middle East Private Capital Survey Part 2, in partnership with YouGov, shows that 63 per cent of GCC HNWI plan to invest in their preferred real estate locations during 2016. Of those surveyed, 27 per cent identified Dubai in their top three destinations within the GCC, while 21 per cent chose Abu Dhabi and 8 per cent selected Sharjah.
“For the Gulf states as a whole, the oil price decline has certainly put budgets under pressure and has triggered a number of macro policy amendments including the phasing out of energy subsidies and the introduction of value-added tax (VAT),” said Steven Morgan, senior partner at Cluttons.
“We expect these measures to put a clear squeeze on household finances but for now the investment sentiment of the region’s High Net Worth Individuals remains positive, particularly towards the UAE which is seen as somewhat of a regional investment safe haven,” Steven added.
According to data from the Dubai Land Department, GCC nationals were the largest investors in Dubai real estate in 2015, with a total of Dh44 billion being committed over the course of the year. The strength of GCC investment into Dubai real estate over 2015 demonstrates the continued desirability of the emirate as an investment location and the most sought after investment destination in the region.
Dubai also emerged as the most preferred location for real estate investment in the Middle East during 2016, based on the findings of Cluttons’ latest research.
“The variety of investment options available in Dubai range from low-end, high yielding residential units in peripheral schemes such as International City and Discovery Gardens, to more sophisticated investment options in the office market, where yields can range from 6.5 per cent to 9 per cent,” said Faisal Durrani, head of Research at Cluttons.
“We’re also witnessing the emergence of worker accommodation as an increasingly popular asset class, which can offer yields of between 10 per cent and 20 per cent,” Faisal added.
The majority of respondents to Cluttons’ survey indicated that they were unsure of which specific area in Dubai they would target for an investment. However, for those who did name specific locations, for residential investment, The Springs and Bur Dubai were the most mentioned areas, followed by Deira, Jumeirah Islands and Jumeirah Village. For the office asset class, Deira and Downtown Dubai are most popular, with Bur Dubai and Business Bay coming in joint second.
“Lower prices in Abu Dhabi’s real estate market compared to Dubai is one of the main drivers for investment in the UAE’s capital. The price points for certain types of property are lower than comparable options in Dubai, which gives those who have been priced out of the Dubai market a chance to invest in similar stock,” said Durrani.
“On Saadiyat Island for instance, where average values for sea view villas currently sit at circa $610 per square feet, the best comparable Dubai equivalent would be villas on the Palm Jumeirah, which are considerably more expensive at $780 per square feet,” he added.
Sharjah’s high ranking in Cluttons’ survey can be attributed in part to the emergence of the emirate’s first master planned communities which have been very well received by the local and international investment community.
“The rise in demand for gated community living has ensured that schemes like Al Zahia and Tilal City continue to register strong interest. At Tilal City, more than 1,800 plots of land have been made available on a freehold basis and the appetite from regional investors has been extremely strong,” explained Morgan.
Elsewhere in the region, the survey shows that 63 per cent of HNWI investors in both Muscat and Manama are likely to invest in their preferred locations in 2016, while 65 per cent of investors in the remaining GCC countries (Kuwait, Qatar and Saudi Arabia) will target investments in their preferred locations throughout the year.
Carried out in partnership with YouGov, Cluttons Middle East Private Capital Survey investigates investment trends and behaviours of the GCC High Net Worth Individuals who either have made or intend to make an investment of USD 1 million or more in international property.