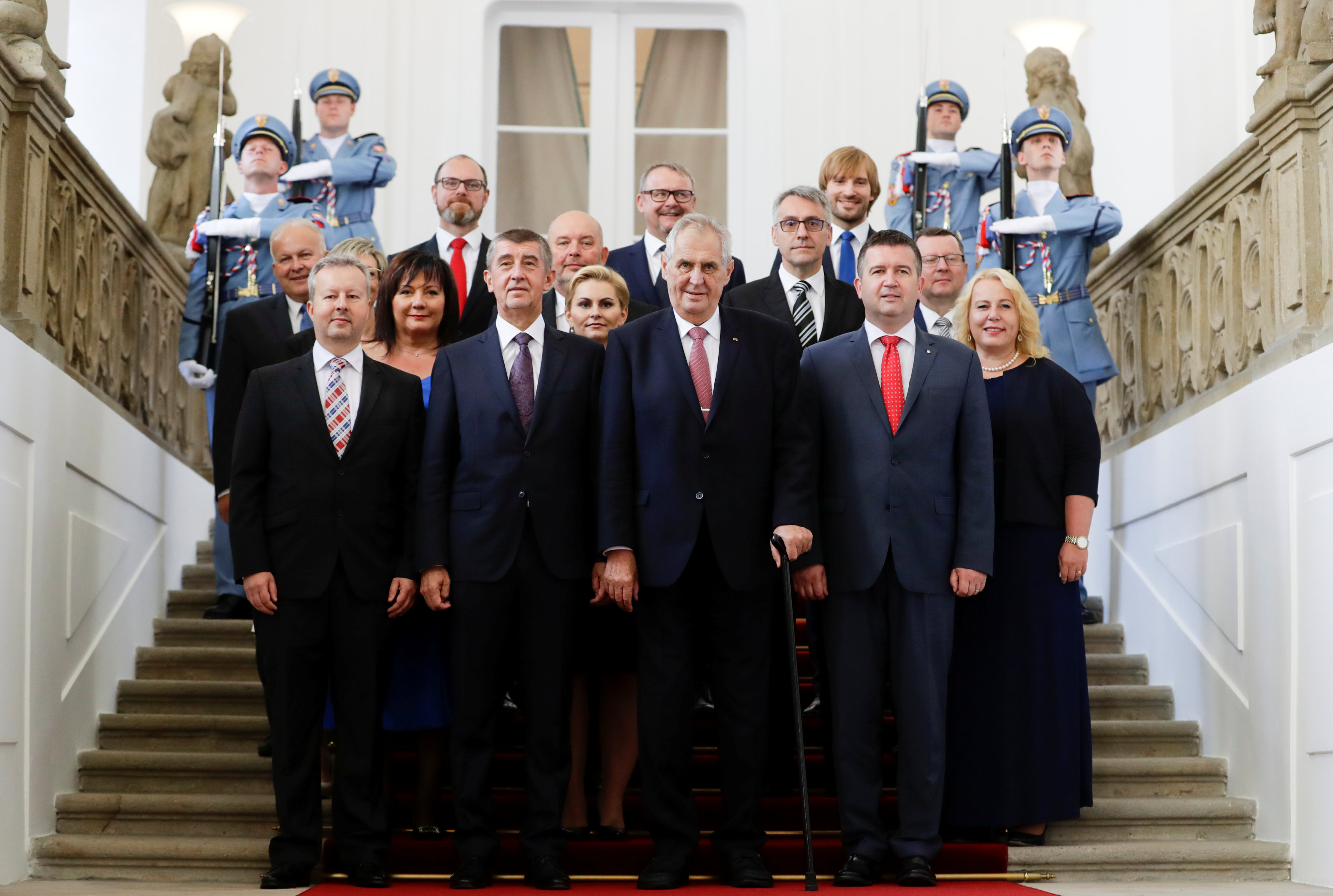 Prague: Czech President Milos Zeman appointed a new two-party cabinet led by Prime Minister Andrej Babis on Wednesday, installing a minority government that will need the support of the once-outcast Communist party to be able to rule.
Babis's centrist ANO party won an election last October but has been unable to form a parliamentary majority as most parties reject working with the billionaire businessman while he faces a police investigation of alleged fraud, which he denies.
ANO has agreed a coalition with the centre-left Social Democrats. But with just 93 seats in the 200-strong lower house, the coalition is seeking outside support from the Communists - giving the fringe party its first say in national politics since its authoritarian rule ended almost three decades ago.
Babis has pledged to keep the focus on maintaining good relations with the European Union and NATO allies, but it will keep a strong anti-immigration stance held by its central European neighbours, at odds with other EU states.
"I promise our government will fight mainly for the safety of our people. Not only here, but we will fight against illegal migration, we will fight for our interests in Europe," Babis said at the appointment.
Politicians have mostly taken a tough line on migration, reflecting unease in the country where almost six out of 10 Czechs are against taking in war refugees at all and 35 per cent of people say they should be taken in only temporarily, according to an April CVVM institute poll.
The new government wants the mandatory confidence vote to be held on July 11.
The Communists have signalled they would back the government but have been angered by Babis's refusal to heed their demands for cutbacks of contribution to NATO military missions abroad, especially in the Baltics, and for representation on the supervisory board of the biggest state-controlled firm, electricity producer CEZ.
Czech politicians from most parties want CEZ to build new nuclear power plants. A decision on the country's biggest-ever investment project will be among the government's main tasks.
The Communist party will hold a leadership meeting on Saturday to decide whether to back the government.
In bitter symbolism for the Social Democrats, the government was appointed on the anniversary of the party's forced merger with the Communists after their power grab in 1948 and the 1950 execution of democratic politician Milada Horakova in the most prominent show trial of the era.
Formation of the government has been marked by conflicts with Zeman, who favours closer ties with Russia and China, and the Communists.
Zeman refused to appoint Social Democrat Miroslav Poche, a member of European Parliament, as foreign minister, saying he was not tough enough in rejecting asylum-seekers.
Zeman quoted a 2015 blog post by Poche saying that the Czechs could accept a few hundred refugees as planned at the time to help out Italy and Greece. The country only took in a dozen under the scheme and the European Commission launched a legal case against it, Poland and Hungary last year.
Social Democrat chief Jan Hamacek, who is interior minister, will temporarily head the foreign ministry.
The new coalition has pledged to hike wages in the public sector, cut value-added tax on services, and raise pensions and investments. Analysts have said the plan could burden future public sector budgets, now in a slight surplus thanks to record-low unemployment and solid growth.
Babis has ruled as caretaker prime minister since January, when his first minority cabinet lost a confidence vote.
Most parties refuse to work with him because of a criminal investigation into EU subsidies one of his firms got a decade ago. He calls the probe a plot and nominated ANO party loyalist Tatana Mala as justice minister to the new cabinet.