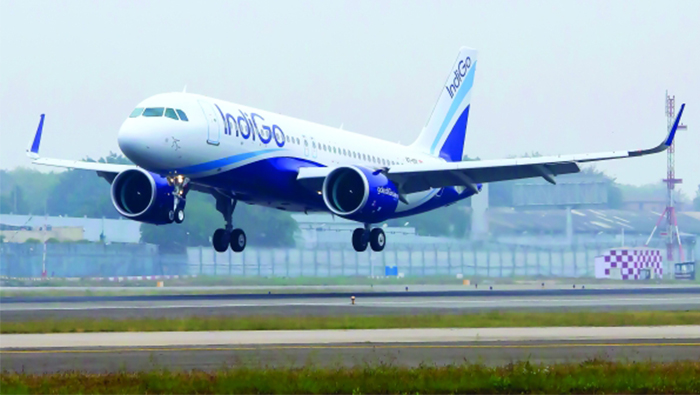 Muscat: An Indian aircraft was forced to make a forced landing in Muscat on Monday afternoon, due to a medical emergency.
The flight that was flying from Delhi to Dubai made an emergency stop in Muscat when a passenger on board developed breathing problems, a representative of IndiGo airlines said.
According to the official statement, “IndiGo flight 6E 023 operating on the Delhi-Dubai route was diverted to Muscat on grounds of a medical emergency on Monday. As a precautionary measure, the flight crew informed Air Traffic Control (ATC) and requested for an ambulance and a local doctor. The passenger was examined and was declared fit to fly. [Later] the aircraft departed normally to Dubai.”
A total of 176 passengers were on board, the representative added.