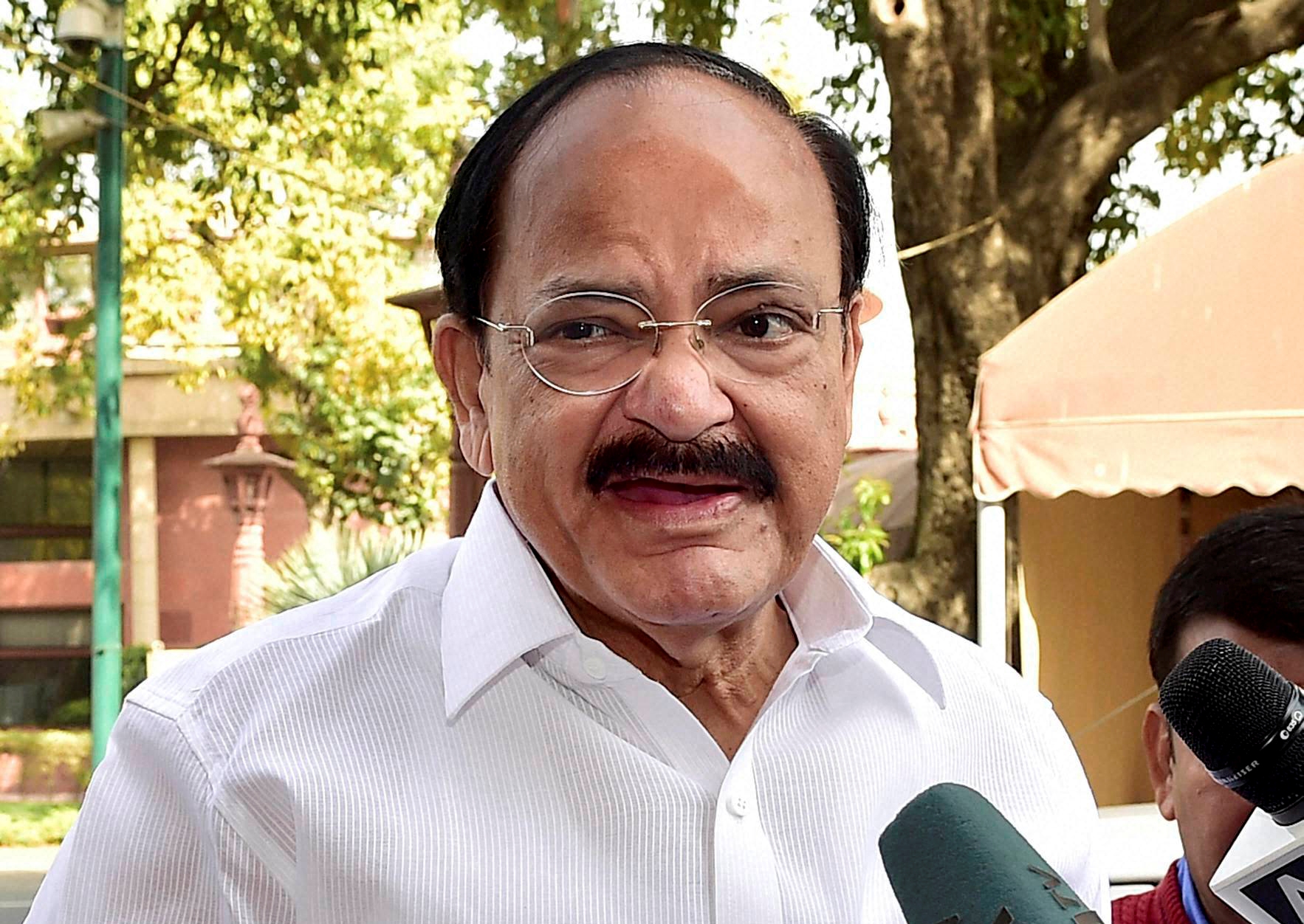 New Delhi: Taking forward Prime Minister Narendra Modi's suggestion, the government is moving towards evolving a broad consensus on the proposal of holding simultaneous elections to Parliament and Assemblies.
Parliamentary Affairs Minister M. Venkaiah Naidu said if the proposal is implemented, it will help reduce expenditure and diversion of energies.
The public is in favour of this and so are political leaders but it can done only by broad consensus among political parties, he contended.
Naidu also said that Bharat Mata ki Jai slogan is not compulsory and has not been imposed on anyone through any government order, but it is an emotive issue and sensibilities of all should be taken care.
"People want and I also personally strongly feel that Parliament and Assembly elections should be held on the same day. Within that one week, local body elections including cooperative elections should be held. All elections should be completed within a fortnight so that there is time and focus and attention on developmental issues... "Let the debate go on. The Standing Committee on Law and Justice also made a strong recommendation in favour of the simultaneous elections. I am for simultaneous elections. The government also is in favour of simultaneous election. But at the same time, you cannot force it without evolving a broad consensus," Naidu said at an interaction with journalists at Indian Women's Press Corps.
Asked if the government was taking this suggestion forward by convening an all-party meeting soon, he said, "Let us see. It is there on the agenda of the government."
Naidu stated that the prime minister has also said that this has to be taken forward by talking to political parties and "we are trying to evolve a broad consensus. It cannot be done by a simple legislation".
He said it is a suggestion for action and government is not merely completing a formality but will do complete work by doing proper homework on the issue. Asked about his views on Maharashtra Chief Minister Devendra Fadnavis on the Bharat Mata ki Jai slogan, Naidu said, "It is his opinion and I am not in agreement with him." "Has the government issued any circular saying that those who don't say Bharat Mata ki Jai should leave the country?," he asked.
On RSS general secretary Bhayyaji Joshi's remarks on the slogan, he said, "people have strong views. It is positive. I also feel that there is nothing wrong. Bhagat Singh had also said in jail Bharat Mata ki Jai and Vande Mataram. That's inspiration. People may have some views...it is their choice. In a democracy, people say so many things...My line is very clear these are views not authorised by the government."