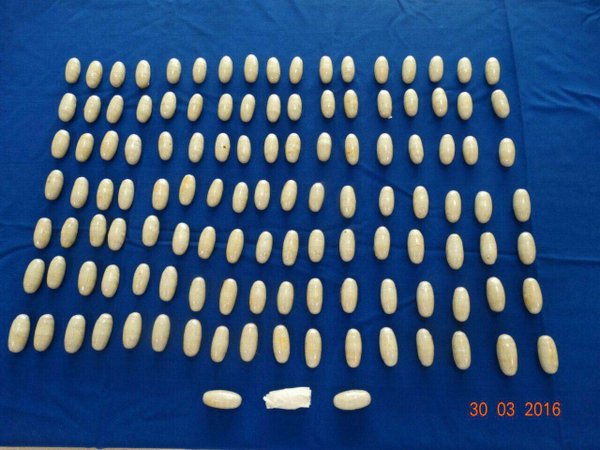 Muscat: An expatriate and an Asian national were arrested on arrival in Salalah on charges of smuggling drugs, the Royal Oman Police (ROP) said. The Asian was found to have attempted to smuggle 122 capsules of heroine by swallowing them.
Also, an Omani citizen was arrested on charges of being in possession and abuse of drugs in Samail, a source in the ROP said. The citizen was said to have been in possession of 498 tablets.
The ROP calls on all citizens and residents to cooperate in the fight against drugs, and report to police any information that can help uncover the smuggling and sale of drugs by calling emergency number 9999 or the toll free number of the General Directorate of Drug Prevention of the ROP at 1444. The public can also contact officials at the nearest police station.