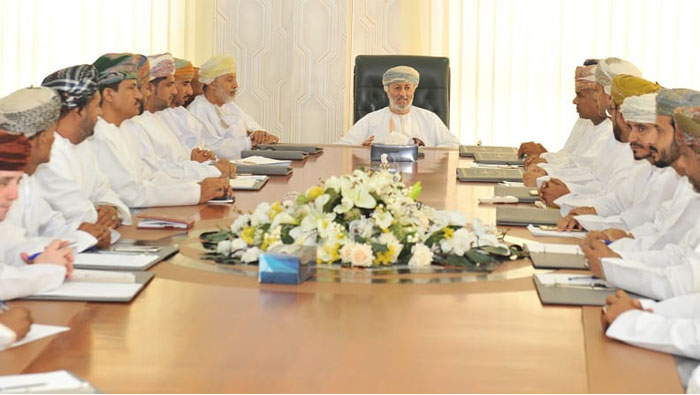 Salalah: Progress in restoring water supply in the Governorate of Dhofar after the recent cyclone were discussed by Sayyid Mohammed bin Sultan Al Busaidi, Minister of State, Governor of Dhofar with officials on Tuesday.
The discussions came when the Minister of State, Governor of Dhofar met with officials of the Directorate General of Water, Water Management’s directors and members of the emergency teams in all wilayats of the governorate.
He praised the efforts made by the water sector officials and personnel during this exceptional period.
He was briefed by Eng. Ahmed bin Mohammed Al Rowas, Director General of Water about the procedures that were followed in dealing with that period through harnessing all available resources under emergency plans designed to deal with the tropical condition.
The meeting was attended by Abdullah bin Aqeel Al Ibrahim, acting Deputy Governor of Dhofar and a number of other officials in the water sector in the governorate.
All affected water lines in some wilayats will be fully restored to normalcy in a short period of time.