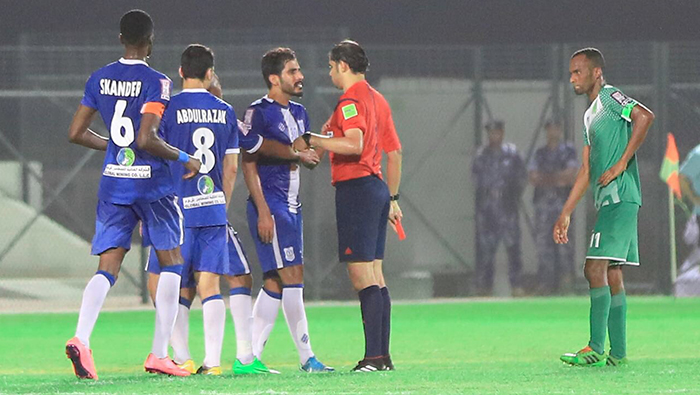 Muscat: Oman's Al Nasr Club player Younis Al Mushaifri has been banned for 12 matches and handed a fine of OMR4,000 by the Oman Football Association (OFA).
The ban and fine came after the striker slapped the referee during their Omantel League match against Sohar on May 30, at the latter's home ground. Sohar went on to win the match 2-1.
The OFA disciplinary committee approved the penalty on Monday after 36-year-old Mushaifri was found guilty of slapping match referee Mahmood Al Maghrafi during the match, after the referee showed him a red card for his aggressive behaviour.
In its statement, released on Monday, the OFA said that the player or the club can appeal the decision.