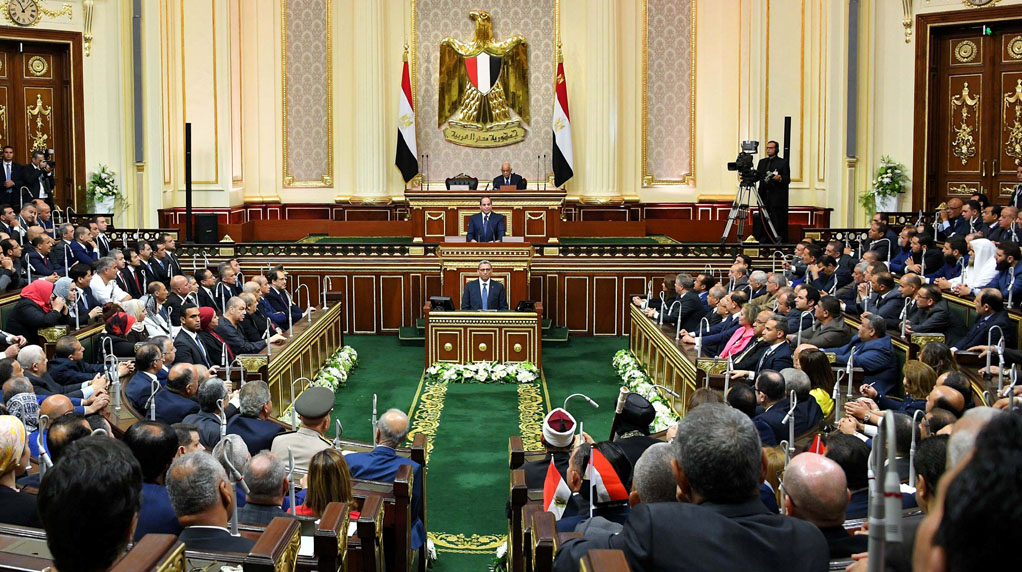 Cairo: Abdel Fattah Al Sisi was sworn in for a second term as president before the Egyptian parliament on Saturday, after a landslide victory in a March election in which all serious opponents had withdrawn.
Egyptian air force fighter planes and helicopters buzzed over the former military chief's motorcade as he approached parliament early on Saturday.
"I assure you that accepting the other and creating common spaces between us will be my biggest concern to achieve consensus, social peace and real political development in addition to our economic development," Sisi said in a speech after he took the oath, as lawmakers clapped and cheered.
"I will not exclude anyone from this common space except those who chose violence, terrorism and extremist thought as a way to impose their will," Sisi added during the ceremony, broadcast live on television.
Sisi has overseen a crackdown on political opponents and an increasingly bloody battle with IS insurgents in the Sinai peninsula during his first term.
He has also struggled to revive the economy with reforms.
His supporters say his tough measures are needed to protect the state from turmoil unleashed since protests toppled long-serving autocrat Hosni Mubarak in 2011.
His critics say he has stifled the prospect of democracy.
The 63-year-old former intelligence chief and defence minister led the overthrow of Mohamed Mursi of the Muslim Brotherhood - Egypt's first freely-elected president - after protests against Mursi's rule in 2013.
Sisi was elected to his first four-year term as president a year later.
In March Sisi won 97 per cent of the vote, but turnout was just 41 per cent.
The election featured only one other candidate, himself an ardent Sisi supporter, after all serious opposition contenders halted their campaigns in January.
The main challenger was arrested and his campaign manager beaten up, while other hopefuls also pulled out, citing intimidation.
Since the election dozens of mostly secular or socialist Sisi critics have been arrested and are being investigated on charges that include spreading fake news and belonging to illegal or terrorist organisations.
Rights groups say Sisi has muzzled political opponents, activists and critical media, while courts have passed death sentences on hundreds of supporters of the Muslim Brotherhood.
The recent wave of arrests has drawn criticism from the European Union, US Vice President Mike Pence and international rights organizations.