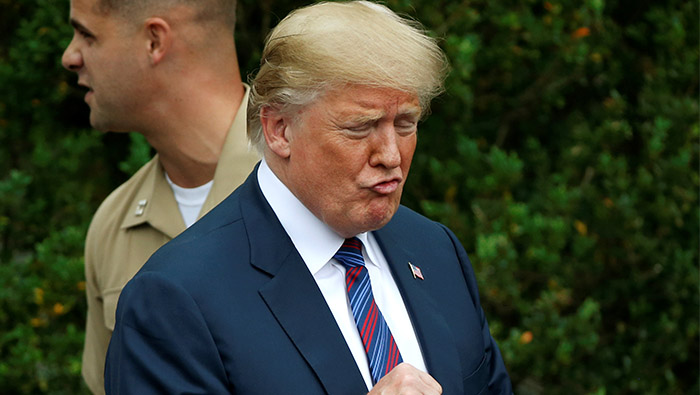 Berlin: A German magazine Wirtschaftswoche said U.S. President Donald Trump aimed to push German carmakers out of the United States, and that he told French President Emmanuel Macron he wanted to stop Mercedes-Benz from cruising through New York.
German carmakers control 90 per cent of the U.S. premium auto market, with BMW owning the Rolls-Royce and BMW brands while Daimler has Mercedes-Benz and Volkswagen controls Bentley, Bugatti, Porsche and Audi.
The Trump administration has opened a trade investigation into whether vehicle imports have damaged the U.S. auto industry.
Citing several unnamed European and U.S. diplomats, the magazine said on Thursday that he told Macron in April he would stick to his trade policy for long enough until no Mercedes-Benz models were rolling down New York's Fifth Avenue.
Within the EU, Germany is the biggest exporter of cars to the United States.
EU passenger car imports from the United States were worth 6.2 billion euros ($7.3 billion) last year, while the bloc's U.S. exports topped 37 billion euros, according to Brussels-based industry association ACEA.
German automakers assembled 804,000 cars in U.S. plants last year but exported another 657,000 to North America from Germany, according to the VDA industry association.
Trump is expected to decide on Thursday whether to end an EU exemption from tariffs on U.S. imports of steel and aluminium, a move Germany has warned could lead to a damaging trade war.
Berlin has also reacted angrily to a U.S. vehicle imports investigation, which could lead to tariffs of up to 25 per cent on the same "national security" grounds that Washington used to impose metals duties in March.
Imposing such a tariff would destroy the business case for German carmakers to import into the United States, and cause a burden of 4.5 billion euros for German premium manufacturers, analysts at Evercore ISI said in a note last week.
Late on Wednesday, talks to avoid a transatlantic trade war showed no sign of a breakthrough.