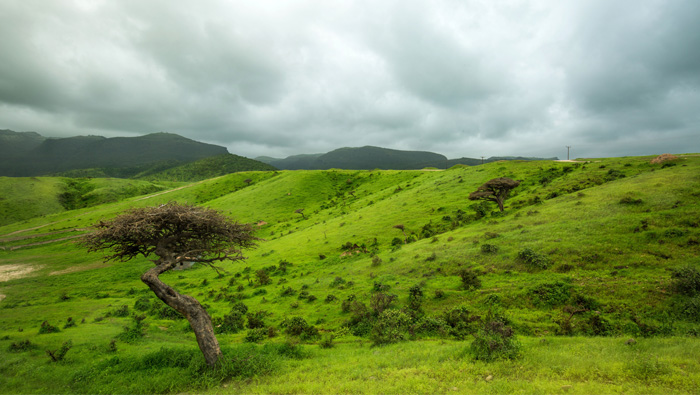 Salalah: Although Cyclone Mekunu may have impacted parts of the Dhofar coastline and caused some damage to Salalah and other towns in southern Oman, there is one major positive aspect that the region will see in the weeks to come.
The cyclone that made landfall last Friday night has inadvertently put Oman on the global map, a senior official at the Ministry of Tourism said.
Speaking to the Times of Oman, Director General of Tourism in Dhofar Marhoon Saeed Al Amri said, “This will bring about great promotion for the country as many tourists will come to Salalah. The heavy rainfall has led to overflowing springs and waterfalls in Dhofar. These will boost tourism, as many tourists will come to see the water bodies.” With regard to the infrastructure in Dhofar, Al Ameri affirmed: “We don’t have any problems in Salalah, and there are only a few damaged roads in Mughsayl, where government agencies are working to repair them and find alternative roads in the meanwhile.”
This Khareef season will have better waterfalls and a lot more greenery and all the affected hotels will be back in business on the first day of Eid, he added, advising tourists to start booking accordingly.
“The Khareef season will not be affected by the cyclone and will run from June 21 to September 21,” he said. “The number of tourists will increase, as many are eager to visit Dhofar after the cyclone and enjoy its scenery. The whole world wants to now visit Salalah to see the effect of the cyclone there.”
“Many tourists who previously visited Dhofar didn’t see springs and waterfalls in the previous years. They will definitely come this year,” he explained.
The Ministry of Tourism has taken several steps this year to make the tourist season a far better one for visitors to Dhofar. Al Ameri explained that the Ministry of Tourism had formed a team before the cyclone took place to look into concerns tourists had previously raised, and had also sent circulars to hotels and resorts to be more cautious and careful with regard to tourism safety.
“The Ministry of Tourism is working through the Discover Oman campaign inside and outside the country to promote and boost the tourism sector in the nation,” he added.
In this context, James Hewitson, General Manager for Anantara Salalah, said the cyclone had done little to dampen the enthusiasm for the Khareef season.
“When there is more rain, there are more waterfalls and more attractions in Dhofar,” he told Times of Oman. “We know that the monsoon season in India has begun early and it is quite strong, so this will come through to Salalah and we can have a strong Khareef season that will be an improvement on last year. With early rains as a result of the storm, it will be a great time to come to Salalah to see the greenery and the waterfalls and the other sights on offer.”
“We had quite a few phone calls with regard to whether we would remain open to guests after Mekunu, but we did our best to continuously inform people through our social media pages. This was picked up by various news channels, and we kept people informed,” said Hewitson. “We looked after our guests and our staff and kept them calm and safe. There is a bit of superficial damage to things such as the landscape, but we are selling rooms once again and the team has done a good job all around.”
People who have plans to visit Salalah expressed excitement to be visiting the city during the Khareef season, despite the impact of Mekunu.
“My friend is getting married there during the Khareef season, and I was obviously worried for him and his family because they live in Salalah,” said George Williams, an expat in Muscat. “But he told me that everything was fine, and he was looking forward to seeing me. This is the first time I will be going to Salalah during the Khareef and I am very excited.”
Ramon Vasquez, a Spanish national, added: “I am currently booking my tickets and hotel for Salalah because I don’t want to miss out. Of course, I was worried about what would happen, but I am sure everything will be fine.”
According to data from the NCSI, 630,040 tourists visited Dhofar during the Khareef season, up from 616,117 from the previous year. Leisure expenditure during the season totalled OMR60 million or 91.3% of the net revenue, with a further 4.9% sourced from business trips.
Accommodation (35.8%) accounted for the biggest portion, while food and beverage spending (22.9%) and transportation and leisure (21.8%) were also significant contributors.
ATM withdrawals during the Khareef amounted to OMR70.9 million, and saw more than two million individual transactions take place. Omani visitors totalled 70.5% of the arrivals, with 17.5% being from the other Gulf nations.