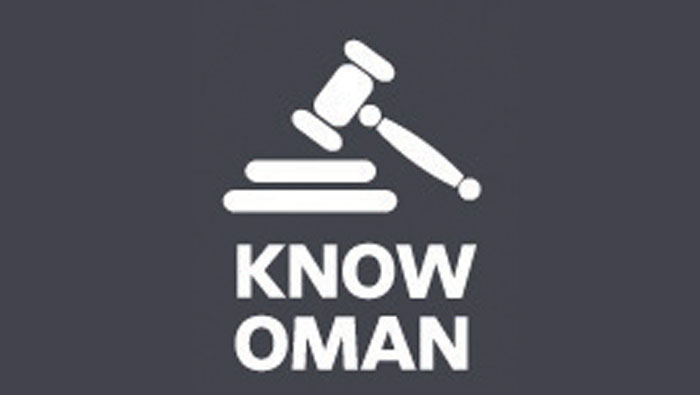 In a series of articles about Oman’s rules and regulations, entitled “Know Oman”, experts have guided readers on their rights and responsibilities while working and living in Oman.

Muscat: Eating or drinking in public places during Ramadan hours in Oman can get you arrested, under the Sultanate’s Penal Code.
The rule is applicable to both Muslims and non-Muslims, say senior lawyers in the country.
In a series of articles about Oman’s rules and regulations, entitled “Know Oman”, experts have guided readers on their rights and responsibilities while working and living in Oman.

Speaking exclusively to the Times of Oman, representatives of the Mohammed Ibrahim Law Firm, a leading legal office in Oman, highlighted the code of conduct to be followed in the holy month of Ramadan in the country.
“According to Article 277 of the Omani Penal Code, both Muslims and non-Muslims are bound to follow the same code of conduct,” said Dr. Mohammed Ibrahim Al Zadjali, Chairman of the Mohammed Ibrahim Law Firm.
“The article defines a punishment of imprisonment for a period not less than 10 days and not exceeding three months for whoever is caught eating, drinking or breaking the fast during the fasting hours in public places in the Sultanate. “The law does not define any financial fines that could be applicable to people caught eating or drinking in public, as imprisonment is the only legal punishment that people can face for the non-respect of this article,” Al Zadjali added.
Another spokesperson of the law firm said that certain doubts have risen about the definition of a public place, and especially about the point if a non-Muslim can eat or drink in his or her car during the fasting hours.
Forbidden by law
“While driving, eating and drinking are forbidden by law at any time – this is a provision related to road safety, and not specific to Ramadan. When a car is parked, it depends largely on circumstances, but as far as eating or drinking inside the car would be visible from outside, it is still considered as a public place and therefore is against the law,” the spokesperson of the law firm said.
Adding to that, working hours are also accommodated during the holy month of Ramadan, as per article 68 of the Omani Labor Law, according to the spokesperson.
“The maximum working hours for all Muslims shall be six hours per day or 30 hours per week. Depending on the nature of the business and its requirements, the Minister of Manpower can issue a decision to fix the specific timings so the employer abides by it,” the spokesperson added.
This rule from the Omani Penal Code is applicable to everyone living in or visiting the country.
“In regard to tourists, the possible punishment will be up to the discretion of the concerned authorities, and more likely the officials will treat the incident with a verbal warning, Al Zadjali said.
In terms of the dress code to be followed in public during Ramadan, Al Zadjali said that there is nothing defined in Omani law specifically for the holy month.
“There is a generic article in the Penal Code, article 294 – section A, saying that for anyone who appears on public roads or places in a look which breaches the public sense or is contrary to the traditions and customs of society, there will be an applicable punishment of either imprisonment for not less than one month and not exceeding three months, or a fine of not less than 100 OMR and not exceeding 300 OMR,” Al Zadjali said, before adding that “it could be both imprisonment and fine in some cases.”
Mohammed Ibrahim Law Firm ([email protected]) was established 11 years ago and is serving clients through its offices in Muscat and Sohar, as well as operating on a request basis in other areas, such as Duqm.
It offers legal representation across a wide range of practice areas that include labour law, corporate, commercial, contracts, banking and finance, international trade, foreign investment, insurance, maritime law, construction and engineering contracts, international arbitration, intellectual property and more.