Wayward Djokovic makes it to third round 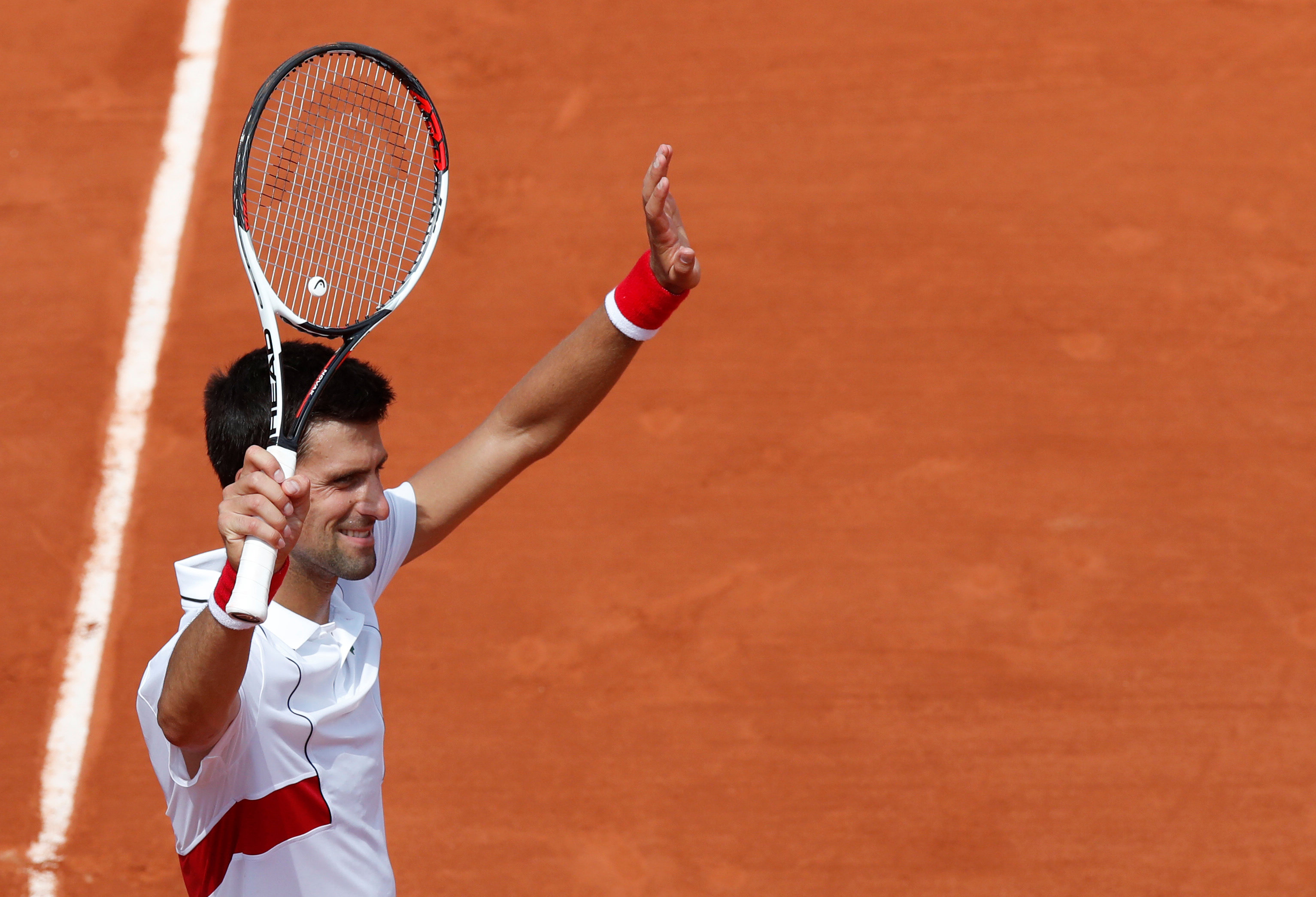 Paris: It is just as well Novak Djokovic did not choose archery or shooting as his preferred sport.
Instead of a small circular board or a flying skeet to aim at, Djokovic has half a tennis court to use as his target.
At the French Open on Wednesday, however, Djokovic’s shots often failed to hit the bullseye.
The once all-conquering Serb started off by serving a fault, ended the opening game with a double fault and fired plenty of wayward shots wide and long as he tried to subdue Spanish qualifier Jaume Munar.
While the scorecard will show that Djokovic eked out a straightforward-looking 7-6 (1), 6-4, 6-4 victory, those following the action on a sweltering Court Suzanne Lenglen will know the second-round win was anything but easy.
“I went through my ups and downs and I’m not really satisfied with the performance. I just played enough in the right moments to win the match,” admitted 20th seed Djokovic, who is still trying to rediscover his golden touch since undergoing elbow surgery this year.
“I have good days of serving when everything flows. But the issue is that I had to (change) the service motion a lot because of the injury (and) I changed the racket.
“I’ve already had three different service motions this year. So it’s something that I’m working on. At times today, I didn’t feel rhythm at all of the serve. So I was missing a lot of first serves.”
Djokovic was so restless that after being broken by the 155th-ranked Munar in the ninth game, instead of sitting down and taking in fluids, he simply walked over to the other side of the net and went through the motions of playing some air shots.
While it was obvious his game is still a long way from the form he produced to win four Slams in a row from 2015 to 2016, he was quick to put his struggles into perspective.
“To sit here and talk about how tough it is and you have people starving to death, for me there is no point in talking about that. It’s just the way it is,” said Djokovic, who has failed to add to his haul of 12 Grand Slam titles since triumphing at Roland Garros in 2016.
After shutting down his 2017 season following his quarter-final exit at Wimbledon, Djokovic has suffered more downs than ups in 2018. In the seven tournaments he had played before arriving in Paris, he has been beaten in the first round three times and has yet to reach a final.
“As an athlete I have to face these challenges,” the 31-year-old said with a shrug.
“I’m not playing at the level I wish to (but) I’m trying not to give up.”
He will get a better idea of where his game is at when he faces Spanish 13th seed Roberto Bautista Agut for a place in the last 16.