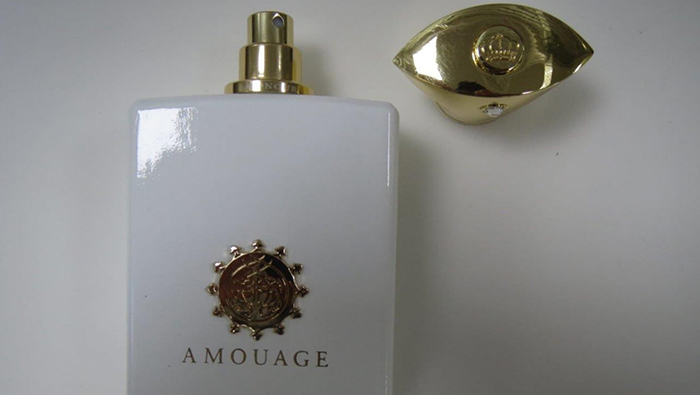 Muscat: Oman’s top perfume manufacturer Amouage has asked people to beware of fake versions of their products being sold in markets, after a group of counterfeiters was caught selling imitation brand perfumes at cheaper rates.
Police officers caught a gang of men selling 5,000 bottles of fake Amouage products, among many other high-end perfume brands, in markets across Dubai, and in the wake of this raid, the Omani perfumer has warned people against reproducing their design for personal profit.
The move was part of the initiative by the Government of Dubai and the Dubai Police to crack down on fake and counterfeit items sold in the UAE.
“Even now, there are producers who are imitating our packaging design, our bottle shape and even our caps, and they have no shame in passing themselves off as Amouage, with plays on our fragrance names,” said David Crickmore, the company’s CEO.
“This ‘passing off’ and pretending you are the brand, is just as bad as the fakes and they are to be avoided, because they could do you very serious harm.”
He went on to say that only the original products from certified Amouage shops were totally safe, and that nothing sold anywhere else could be trusted as being real, or unexpired.
Crickmore also shared with customers how they could spot a fake product. These include identifying discolouration, since perfumes that are either too pale or too dark are a sign of heavy amounts of impure ingredients, or expired goods. In addition, one of the first things that would give away a counterfeit product would be misspelled labels, poor printing quality, and smudged, off-centre or questionable bar codes.
In the wake of the perpetrators of the above incident now being put behind bars, Amouage also advised people on the adverse health effects of using substandard perfumes, a danger not known to many, as well as the financial harm it could cause to companies that have taken so much time and effort to perfect and deliver high-quality products for customers.
Counterfeit goods are often made under very poor conditions, some of which are illegal establishments that pay little attention to the welfare and safety of either their workers, who are sometimes forced to work in these establishments to eke out a living, or their customers.
Fake boxes of make-up, for example, were found to contain poisonous metals such as mercury, lead and arsenic, or even rat droppings, in some cases, which would be far from safe for use, and may cause health concerns serious enough to require hospitalisation.
The same holds good for perfumes, which are absorbed directly into the skin.
Fake perfumes have been found to contain harmful additives such as antifreeze, contaminated ethanol, urine and several harmful bacteria.
The company also urged people to report any cases they come across of the sale of fake goods, since around the world, more than 2.5 million jobs have been compromised due to illegal black markets.
The global counterfeit industry is currently worth some US$400 billion (some OMR154 billion), and grew by 25% between 2011 and 2013. Amouage is worried about how this will affect the millions of employees who work for companies that manufacture genuine handbags, perfumes, shoes and high-end garments, among others.
While counterfeit items were something people needed to look out for, Amouage also warned them against buying expired products, sometimes sold by companies who wished to dispose of their stock to ruthless middlemen, who then ended up selling these to people for a significantly lower amount than it would’ve previously fetched.
In this context, Amouage asked people to be on the lookout for those who claimed to source products from wholesalers, since if caught in Oman, vendors of fake goods could face anywhere between 10 days and three years in prison, and fines of up to OMR50,000 under the Consumer Protection Law.