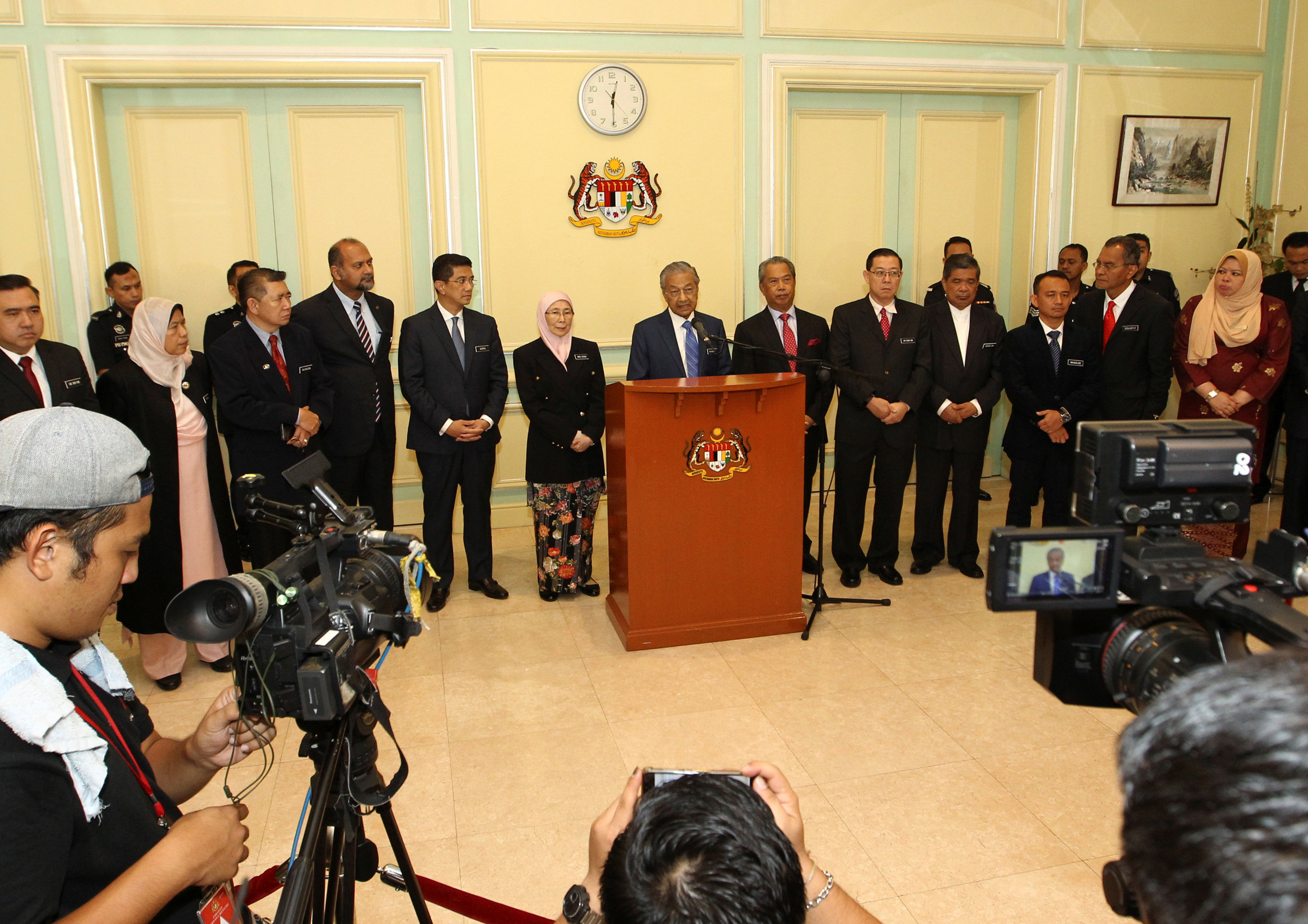 Kuala Lumpur: Malaysia will try to cut its national debt of 1 trillion ringgit ($251.67 billion) by aborting some projects, reconsidering others and cutting ministers' salaries, Prime Minister Mahathir Mohamad said on Wednesday.
Mahathir, 92, led an opposition coalition to a shock victory in elections this month after campaigning on rising living costs and a promise to clean up corruption at the highest levels of government.
Mahathir said the national debt of Southeast Asia's third-largest economy was 65 per cent of GDP, and earlier this week blamed abuses by the previous government of ousted premier Najib Razak.
"I've been informed that our debt is actually 1 trillion ringgit, but today we were able to study and look for ways to reduce this debt," he said at a press conference.
Mahathir also said he would review the search by a US firm for Malaysia Airlines Flight MH370 which disappeared on its way from Kuala Lumpur to Beijing on March 8, 2014, with 239 people on board in one of the world's biggest aviation mysteries.
The new transport minister later said the search would end on Tuesday.
Ratings agency Moody's Investors Service said in March that Malaysia's debt-to-GDP ratio was "quite high" at 51 per cent and could pose risks to the economy if allowed to continue rising.
Mahatir has also announced plans to revoke a controversial goods and services tax that was intended to rake in 43.8 billion ringgit ($11.05 billion) this year, and reinstate fuel subsidies amid rising oil prices.
While popular with voters, these plans would widen the fiscal deficit and can be credit negative without any offsetting measures, according to Moody’s.
Mahathir said cabinet ministers' salaries would be cut by 10 per cent and that his government would decide "very soon" on whether to continue with the Singapore-Kuala Lumpur high speed rail project.
"This will be managed by the finance minister and in our downsizing process, no one with lower salaries will be affected," he added.
Najib has said previously the national debt was below his government's self-imposed ceiling of 55 per cent of GDP. But Mahathir has said many of the figures recording the financial position may be false.
Najib faces a graft probe into a multi-billion dollar scandal at state fund 1Malaysia Development Berhad (1MDB). Since his electoral defeat, authorities have searched properties owned by Najib and his wife, Rosmah Mansor, and seized cash and items, including jewellery and luxury handbags, estimated to be worth millions of dollars.
Najib denies wrongdoing.