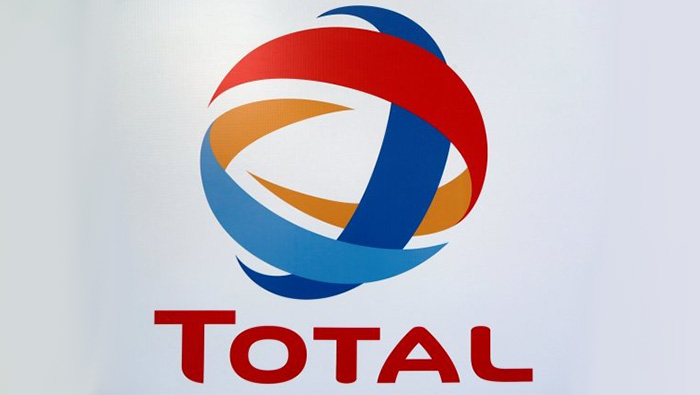 Paris: Total, the French energy company, will pull out of a multibillion-dollar gas project in Iran if it cannot secure a waiver from U.S. sanctions, the company said on Wednesday.
The announcement shows how European companies are starting to take matters into their own hands as their leaders struggle to save an international nuclear deal with Iran after the United States withdrew and said it would reinstate sanctions on Tehran.
Supporters of the deal, which lifted earlier sanctions on the Islamic Republic in exchange for it curbing its nuclear ambitions, need to find a way to reassure companies that their investments are beyond Washington's extra-territorial reach.
Total signed a contract in 2017 to develop phase 11 of Iran's South Pars field with an initial investment of $1 billion, marking the first major Western energy investment in the country after sanctions were lifted in 2016.
Tehran repeatedly hailed the Total investment as a symbol of the accord's success.
"Total will not continue the SP11 (South Pars 11) project and will have to unwind all related operations before 4 November 2018, unless Total is granted a specific project waiver by U.S. authorities with the support of the French and European authorities," the French oil and gas major said in a statement.
Total's announcement comes after German insurer Allianz and Danish oil product tanker operator Maersk Tankers said they were winding down their businesses in Iran. Joe Kaesar, the CEO of Germany's Siemens, told CNN his company would not be able to do any new business with Tehran.
Iran has said it may start enriching uranium again if it can no longer see any economic benefit from sticking to the deal.
U.S. President Donald Trump, however, denounced the accord, because it did not cover Iran's ballistic missile programme, its role in Middle East conflicts or what happens after the deal begins to expire in 2025.
France, Germany and Britain are leading a European effort to safeguard Europe's economic interests in Iran. But the reach of the U.S. financial system, the dominance of the dollar and the presence of European companies' operations in the United States all weaken any potential EU counter-measures.
"We have a situation where there is a will to impose sanctions on Europeans and a resentment towards European companies who are now being accused of supporting a terrorist state. With that in mind it's a logical decision," a European diplomat said of Total's decision.
Total said it was working with French authorities towards trying to secure a waiver for the South Pars project. It said it had so far spent less than 40 million euros ($47 million) on the project and that pulling out would not impact the company's production growth targets.
In an ironic twist, Trump's decision to threaten European companies that continue to invest in Iran may open the door to Chinese rivals.
Total holds a 50.1 per cent stake in the South Pars project. Chinese state-owned oil and gas company CNPC holds a 30 per cent share and National Iranian Oil Co subsidiary Petropars 19.9 per cent.
Industry sources told Reuters this week that CNPC was ready to take over Total's stake project if it pulled out.