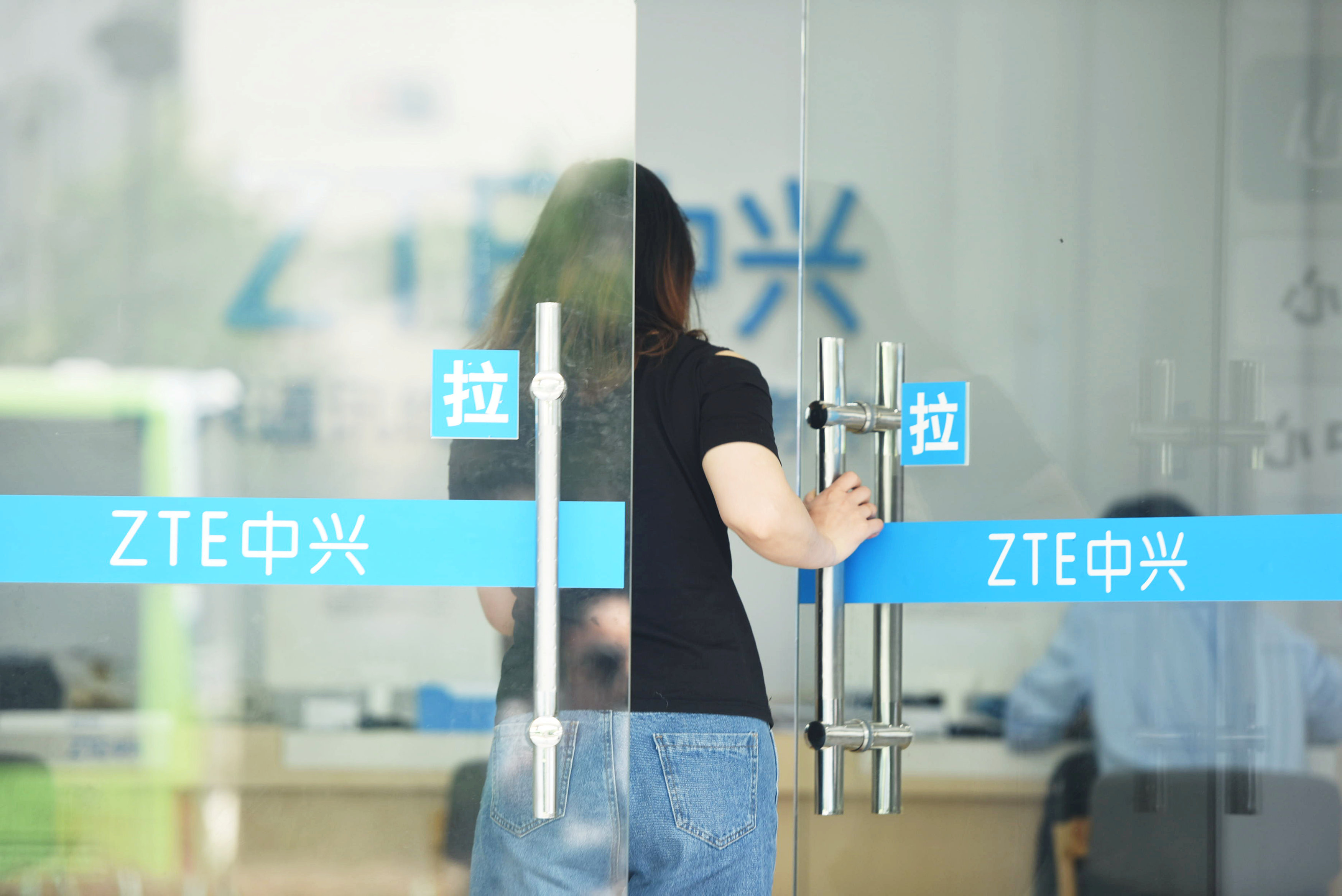 Washington: President Donald Trump on Monday defended his decision to revisit penalties for Chinese company ZTE Corp for flouting US sanctions on trade with Iran, saying the telecom maker is a big buyer for US suppliers.
Trump, known for his fiery rhetoric against Chinese trade practices he says hurt US jobs, faced backlash from both Republican and Democratic lawmakers after he pledged to work with Chinese President Xi Jinping to help ZTE, saying too many jobs in China had been lost.
The company shut its main operations after the Commerce Department banned US companies from selling components to ZTE for seven years after it violated the terms of a settlement deal for illegally shipping goods made with US parts to Iran and North Korea.
"ZTE, the large Chinese phone company, buys a big percentage of individual parts from US companies. This is also reflective of the larger trade deal we are negotiating with China and my personal relationship with President Xi," Trump said on Monday.
ZTE paid more than $2.3 billion to 211 US exporters in 2017, a senior ZTE official said on Friday. US companies are estimated to provide 25 per cent to 30 per cent of components used in ZTE's smartphones, network gear and other products.
The US Commerce Department is exploring options besides a supplier ban to punish ZTE, China's second-largest telecom maker, Commerce Secretary Wilbur Ross said.
"ZTE did do some inappropriate things... the question is are there alternative remedies to the ones we had originally put forward and that's the area we will be exploring very, very promptly," Ross told journalists at the National Press Club in Washington.
ZTE declined comment on Monday. Ross did not provide details about options under consideration.
Washington export control lawyer Doug Jacobson, who represents ZTE suppliers, said Trump's tweet "gives ZTE light at the end of the tunnel."
Shares of ZTE suppliers rose after Trump's pledge. Acacia Communications Inc, an optical component maker, jumped nearly 9 per cent.
Since the ZTE ban went into effect last month, US suppliers have sought guidance from the Commerce Department about inventory.
The companies would like to withdraw the inventory so they can sell the components elsewhere. But in a possible indication the government is considering easing the ban, suppliers are being told to wait a week or so before taking further action, a source familiar with the situation said.
Trump's olive branch comes as his top trade and economic officials prepare to meet this week in Washington with Chinese Vice Premier Liu for talks on trade concerns ranging from intellectual property protections to farm goods to steel capacity.
Trump has threatened $150 billion in tariffs on imports of Chinese goods, and China has threatened to retaliate against US exports, including soybeans and aircraft.
Ross said "the gap remains wide" on how to address the trade imbalance between the two nations.
Sources briefed on the matter said Beijing demanded the ZTE issue be resolved as a prerequisite for broader trade talks.
The Wall Street Journal reported Beijing would back away from threats to slap tariffs on US farm goods in exchange for easing the ban on selling components to ZTE, citing people in both countries briefed on the emerging deal.
Two sources, who declined to be identified, told Reuters on Sunday China was willing in principle to import more US agriculture products in return for Washington smoothing out penalties against ZTE.
A US official briefed on the matter said a possible deal involving ZTE and US agriculture products could include Chinese concessions to allow completion of Qualcomm Inc's $44 billion takeover of NXP Semiconductors, which has been delayed by a lengthy antitrust review by Chinese regulators.
NXP shares surged 11.8 per cent on Monday.
US intelligence officials on Sunday evening and Monday said they were caught off guard by Trump’s reversal and remained concerned about security threats they said the Chinese company poses to the United States and its allies.
Speaking on the condition of anonymity, three officials said the Chinese government, which has close ties to ZTE, could use its mobile phones and other technology to spy on US citizens, companies and government activities.
By handing the decision to the Commerce Department, Trump appeared to prioritise commercial issues over security concerns, and cut national security officials out of the process, they said.
Republican senators Marco Rubio and Tom Cotton have backed legislation that would prevent the US government from buying or leasing equipment from ZTE or Huawei, the largest Chinese telecom maker.
"I hope this isn't the beginning of backing down to China," Rubio said on Twitter. "We are crazy to allow them to operate in US without tighter restrictions."
The White House said Trump wanted Ross to look at the issue "consistent with applicable laws and regulations" after Chinese officials raised the matter in various talks.
"This is part of a very complex relationship between the United States and China that involves economic issues, national security issues, and the like," White House spokesman Raj Shah said on Monday.