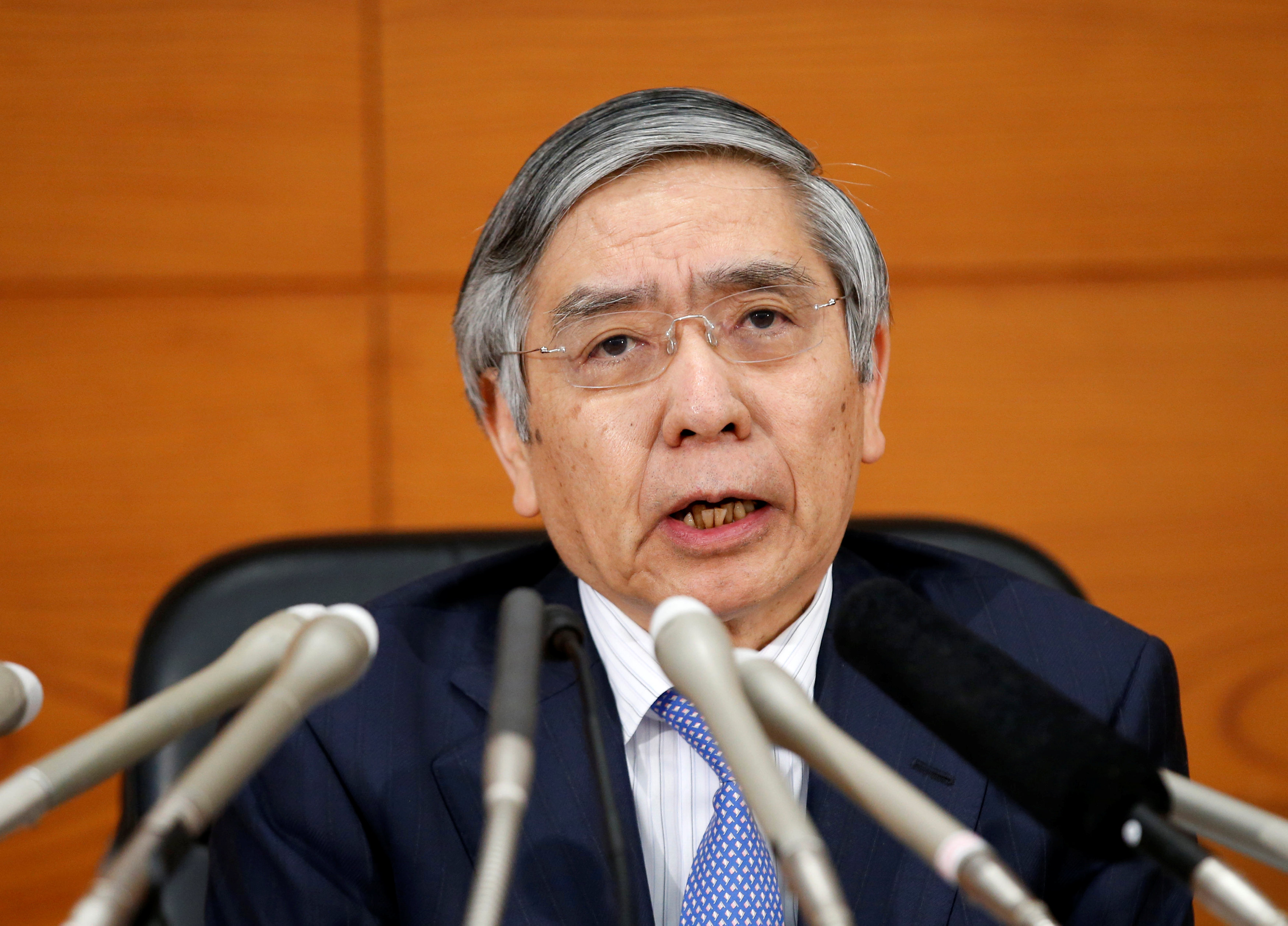 Tokyo: As Haruhiko Kuroda walks away from his "shock and awe" stimulus in favour of incremental policy shifts, he is edging ever closer to the approach of his predecessor at the Bank of Japan (BOJ), a man he once derided for being too cautious.
An actual exit from stimulus does not appear imminent. But central bank policymakers have begun brainstorming ways to raise bond yields from near-zero levels as a first step toward ending crisis-mode policy, sources familiar with the BOJ's thinking say.
Last month's decision to drop a deadline for hitting its inflation target was the latest sign the central bank was scaling back Kuroda's radical monetary experiment.
The move is partially an acknowledgement of the pain prolonged easing is inflicting on banks' profits. It also gives the Bank of Japan more flexibility on monetary policy, the sources say, which could prove useful if it wants to raise its yield target before inflation reaches its goal of 2 per cent.
"It's back to the old days, when monetary policy was guided by carefully weighing the pros and cons of each step," one of the sources said, a view echoed by another source.
Policy normalisation will be gradual, with plenty of advance signals to avoid disrupting markets — unlike the "bazooka" stimulus Kuroda deployed five years ago, the sources say.
Reading those signals might not be easy, however, as the central bank will likely keep its signals nuanced, partly to ensure it can back off if markets overreact.
Sources say the signs could be as subtle as a modest upgrade in the bank's assessment of inflation expectations or stronger warnings on the risks of prolonged easing.
"The trigger for action has become ambiguous as the BOJ puts more weight on factors besides inflation, such as the impact of its policy on the banking system," a third source said.
Back to the future
Kuroda, under orders from premier Shinzo Abe to lift Japan out of decades of deflation, deployed a huge stimulus programme in 2013, pledging to achieve his 2 per cent inflation target in two years.
The idea was a sharp contrast to the approach of his predecessor Masaaki Shirakawa, who was criticised for a drip-feed approach of increasing stimulus incrementally.
But years of money printing have failed to lift inflation, and the days of bold, sweeping policy moves might be over.
"There's a chance inflation expectations may not heighten smoothly," Kuroda said last week, a sea change from his comments five years ago that bold action could invigorate price growth.
Kuroda says he still aims to achieve 2 per cent inflation as soon as possible. But he has become more open to debating an end to stimulus, saying the central bank would discuss conditions to do so if the inflation target seems achievable.
Some central bankers have warned that the cost of easing was rising and the returns diminishing, a summary of debate at the April rate review showed. The discussion was a sign the bank was preparing markets for a future withdrawal of stimulus.
"Many people in the BOJ have their eyes set on an eventual policy normalisation," said former board member Takahide Kiuchi, who retains deep insight into the workings of the bank's policy. "From now on, the BOJ will put more attention to how its policy is affecting the banking system."
Eyeing risks
Behind the change is a growing view among politicians and policymakers that staying the course could do more harm than good.
"We shouldn't continue with unprecedented monetary easing for too long," said Seiko Noda, a cabinet minister considered one of the contenders to be the next premier, adding that it was clear the central bank's policy was hurting regional banks.
Mindful of such concerns, the Bank of Japan is brainstorming ways to justify a modest increase in its yield target, so long-term rates could rise and give banks room to profit.
In March, it released an academic paper showing how damage to Japan's banking system could undercut the effects of stimulus. A month later, the central bank warned of a rise in bank loans to low-profit businesses.
"There may be a point where monetary easing could work to hamper achievement of the price target," a fourth source said. "Identifying such risks would be key to future BOJ policy."
That is no easy task, especially for a central bank fixated for so long on an elusive inflation target, analysts say.
"The BOJ wants as much free-hand on future policy as possible, as it's probably not convinced the cost of maintaining stimulus for years would be manageable," said Kazuo Momma, a former central bank executive who oversaw monetary policy during his stint there.
"You can't predict risks," he added. "But what's clear is that the longer the BOJ continues its current policy, the bigger the risks become."