Ten fires break out in three days across Oman 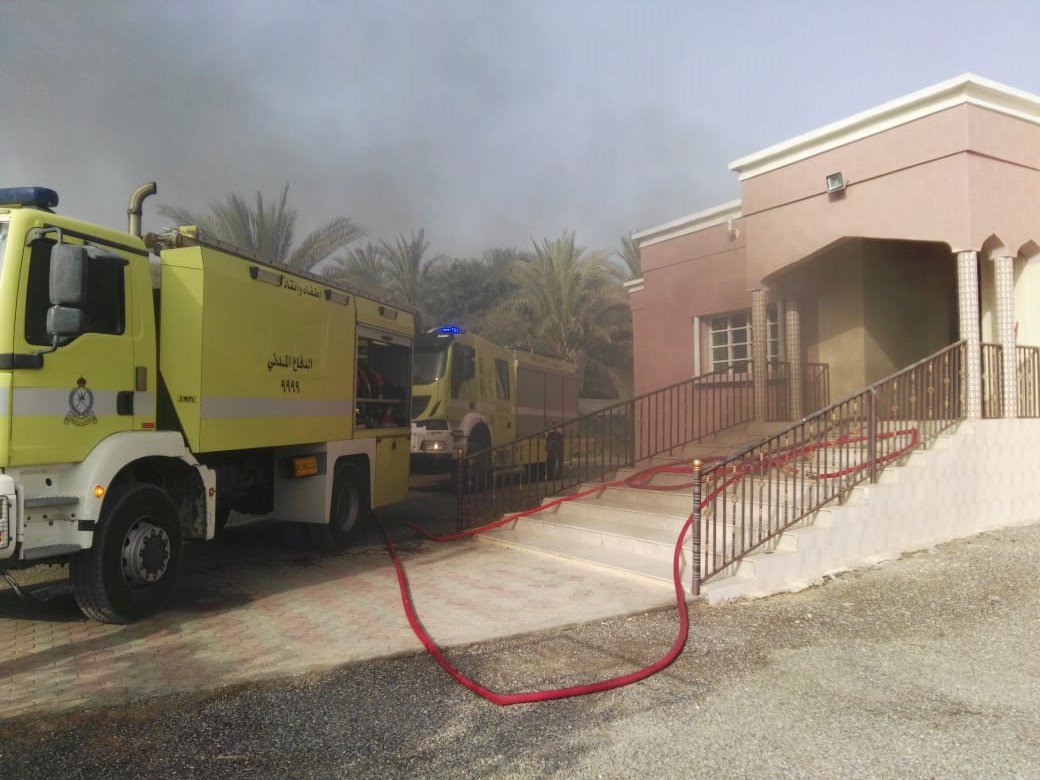 Muscat: As temperatures continued to rise, 10 fires broke out in Oman during the last three days, five of them on farms, four in houses and one in a warehouse, according to the Public Authority for Civil Defence and Ambulance (PACDA).
Read here: Calls to take protective steps against industrial fires
According to officials, no injuries were reported in the incidents that took place in Salalah, the wilayat of Suwaiq and the wilayat of Wadi Bani Khalid. However, officials did not confirm if there were any injuries in the incident that occurred in the wilayat of Ibra.
“All houses must install smoke detectors, stock up on fire extinguishers, blankets and train the family on evacuation in case of a fire,” said Wael Al Muherzi, founder of Aman Fire Safety, a fire safety consultancy and advisory firm in Oman.
Also read: Five farms in Oman go up in flames
PACDA said: “There are many sources of danger at home because of the presence of electrical appliances and other devices that are used daily. It is necessary to take care when using electrical appliances and cooking gas.”
Temperatures across the country soared to 40 degrees Celsius and above. So, more adults and children stay in to avoid the heat. They turn on appliances to ward off the heat and keep themselves occupied, causing an overloading of the electrical grid.
“Parents should teach their children the right way to handle devices and urge them to turn off appliances they do not need, to reduce pressure on electricity supply,” said Al Muherzi.
He added: “Charging phones for a long time and using the wrong chargers were among the causes of the fires. This is alarming and we must be careful.” “The fire accidents in residential buildings are often due to lack of care when dealing with electrical appliances and cooking gas,” PACDA added.
“Check electrical connections periodically for leaks and service electrical devices on time. These are simple procedures that must be followed to preserve the safety of the family and to reduce the amount of electricity consumed at home,” said Al Muherzi.
He pointed out that the use of unskilled and unlicenced workers to provide electricity in homes at a low cost would result in poor connections that could cause fires. Homeowners must employ electricians accredited by electricity companies to install connections.
According to the PACDA, 4,157 fires took place in Oman in 2016, a sharp rise from 2015 (3,520). In addition, 894 vehicle fires were recorded in 2017.