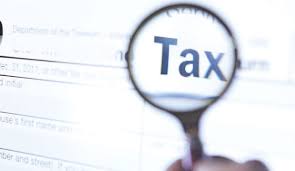 Muscat: More than four-fifths (83 per cent) of respondents in a survey described Oman’s tax environment as competitive or very competitive on a global scale. The Business Barometer: Oman CEO Survey carried out by the Oxford Business Group (OBG).
However, almost half (48 per cent) of the executives interviewed said they expected the rise in corporate tax from 13 per cent to 15 per cent to negatively affect both business confidence and foreign direct investment, the report said.
On a more positive note, the majority of interviewees appeared confident of weathering the fallout from the new tax regime, with more than two-thirds (68 per cent) describing their expectations about local business conditions in the coming 12 months as positive or very positive. Their outlook supported the IMF’s full-year growth forecasts for the Sultanate of 3.7 per cent, up from a 0.02 per cent contraction in 2017.
Unsurprisingly, most business leaders surveyed (71 per cent) cited a rise in oil prices as the external event they thought would weigh most heavily on domestic growth in the medium term, highlighting the need for Oman to remain focused on diversifying its economy away from a reliance on hydrocarbons.
Against this backdrop, OBG also asked executives which areas of expertise they felt were most in need at the workplace. Significantly, the largest share (27 per cent) of respondents selected engineering skills as those they believed to be in highest demand, with 18 per cent and 13 per cent choosing leadership, and research and development, respectively.
Commenting on the results in his blog, Oliver Cornock, OBG’s editor-in-chief and managing editor for the Middle East, said that like other hydrocarbon-reliant markets looking to broaden their economic base, Oman faced a difficult balancing act when it came to implementing new taxes to increase revenue, while also supporting autonomous private sector growth.
“It is vital that alternative sources of revenue are raised – with value added tax (VAT) having the added advantage of increasing reporting and thereby transparency — but at the same it needs to be done in a way that doesn’t impact private sector sentiment too greatly as many companies have been feeling the trickle-down effects of lower oil prices,” he noted.
He added that the high number of respondents who saw oil prices as presenting the biggest external risk to medium-term growth, coupled with the significant contribution that hydrocarbons continued to make to Oman’s GDP, served as a reminder of the need to keep the diversification drive on track.
Taxation, which had a key role to play in generating governmental income and was a topical issue amongst business leaders, featured prominently in OBG’s study.