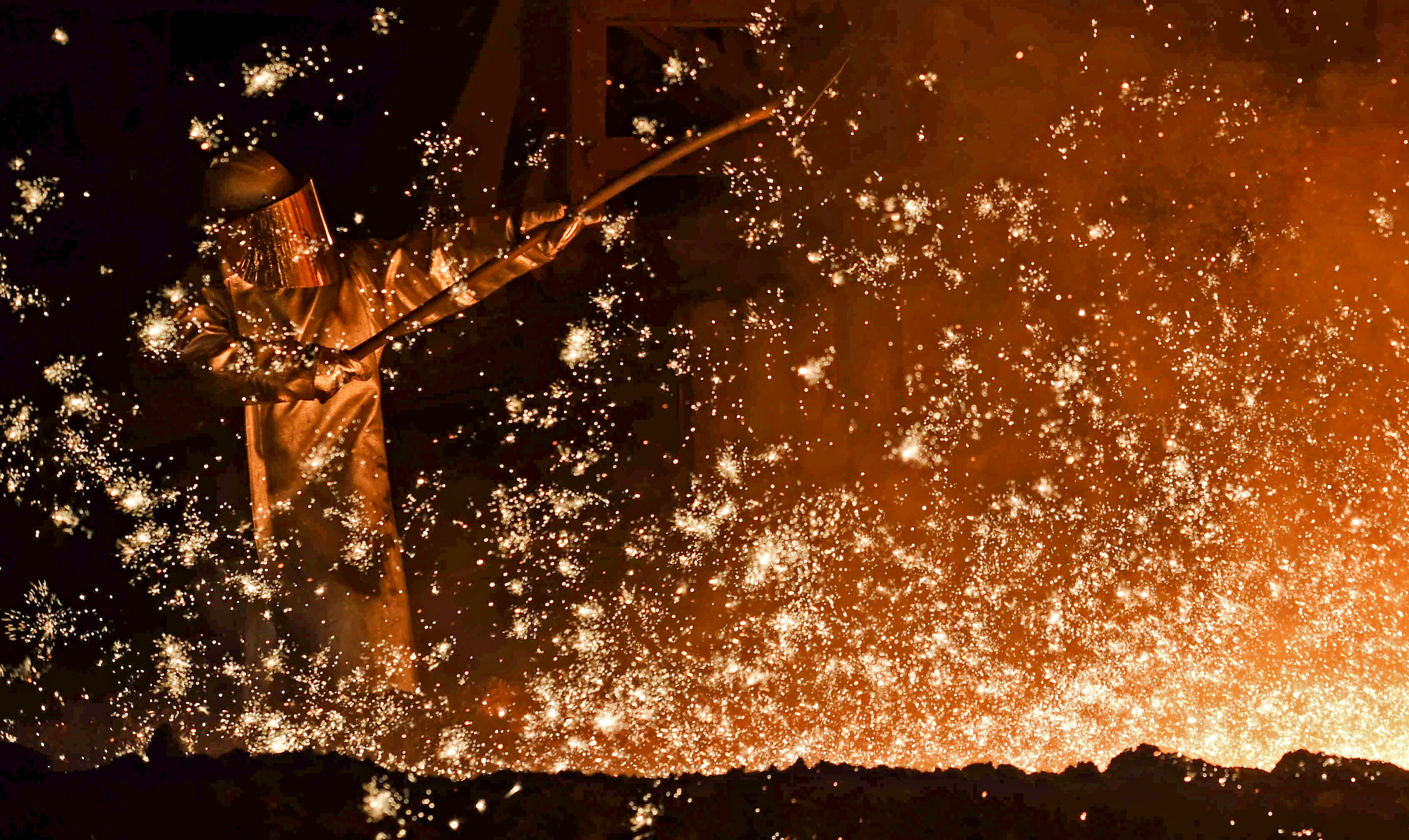 Berlin: German industrial orders unexpectedly dropped for the third month running in March due to weak foreign demand, data showed on Monday, suggesting that factories in Europe's largest economy are facing headwinds from rising protectionism.
Contracts for German goods fell 0.9 per cent after a downwardly revised drop of 0.2 per cent the previous month, data from the Federal Statistics Office showed. Analysts polled by Reuters had on average predicted a 0.5 per cent rise in orders.
"A decline of 0.9 per cent is a setback, that really hurts," VP Bank Group analyst Thomas Gitzel said.
"The economy is slowing down, that's the sure take-away from today's industrial orders data," Gitzel said, adding that some growth forecasts would soon have to be revised down.
The government last month cut its 2018 growth forecast to 2.3 per cent from 2.4 per cent and expressed concern about international trade tensions.
"The debate about tariffs has probably created great uncertainty in Europe's export-driven industry," Gitzel added.
As Europe's biggest exporter to the United States, Germany is desperate to avoid an EU trade war with the United States.
In the run-up to a June 1 deadline for US President Donald Trump to decide on whether to impose steel and aluminium tariffs on the EU, Germany is urging its European partners to be flexible and pursue a broad deal that benefits both sides.
In a further sign that the looming tariffs are a concern, investor morale in the euro zone deteriorated for the fourth month in a row in May to hit its lowest level since February 2017 on fears of a protectionist spiral, a survey showed.
The drop in industrial orders was led by foreign orders which fell by 2.6 per cent, while domestic orders rose 1.5 per cent, the data showed.
A sector breakdown of the figures showed that demand for capital goods such as machinery and cars fell the most, while orders for consumer goods rose against the trend.
The economy ministry said that the sector had lost some momentum in the first quarter after an unusually strong performance in the previous six months.
In the first quarter of 2018, order intake was down 2.1 per cent on the previous quarter, it said.
"Orders from countries outside the euro area decreased significantly," the ministry added.
Despite the overall decline in the first three months of the year, the ministry said that companies still had a huge backlog of orders to work through.
The unexpectedly weak figures followed economic data that pointed to a cooling in the euro zone economy, possibly making it more difficult for the European Central Bank to begin reining in its lavish monetary stimulus later this year.
"All in all, the data is another confirmation that the growth peak has been passed," Bankhaus Lampe economist Alexander Krueger said.
The upswing of the German economy will continue, albeit less dynamically, Krueger said, predicting quarterly growth rates of "standard size rather than XXL".
Preliminary gross domestic product data for the first quarter are due out next week from the Federal Statistics Office. Analysts predict the economy grew 0.5 per cent on the quarter after 0.6 per cent in the last three months of 2017.
The DIW economic institute has said it expected the economy to bounce back in the second quarter after taking a breather at the beginning of the year, blaming the weak start to the year on a flu epidemic, strikes and an above-average number of holidays.