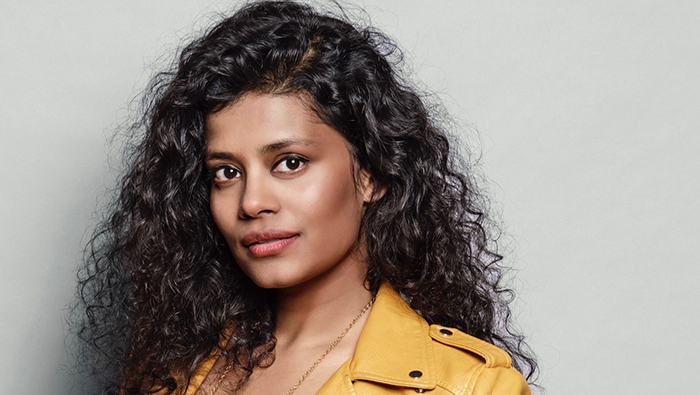 Muscat: Award-winning Indian actress Palomi Ghosh will be visiting Oman, as part of an event organised by the Indian Social Club (ISC).
The ISC's Goan Wing is organising the "May Queen Ball 2018" on May 11, 2018 at Sheraton Hotel, its annual pageant. The pageant is also used to showcase cultural heritage and music from Goa, with Palomi Ghosh being a special guest at the event. The actress has appeared in the Netflix series Sense8, and the Indian film Nachom-ia Kumpasar, the latter for which she won the National Film Award – Special Jury Award.
The ISC-Goan Wing organised a press conference on Friday, April 27, 2018, at Hotel Sheraton. Nihad Al Hadi, Representative of Children First Charity Organization; Betsy Watson, First Runner-Up — May Queen 2017; Antara Bose, Groomer for the contestants; Media partners and members of the Goan community, including Mr. Antonio Goes, Wing Advisor, were present.
The ISC-Goan Wing Convenor, Anthony Lourenco said that over the years, the May Queen Ball has grown bigger and better with all the acknowledgment, support and love received from the people. The ball also sees international participants at the pageant.
Mr. Lourenco also highlighted three reasons for organising the May Queen Ball: one is to showcase the culture of the Goan community and what Goa has to offer; second, to enhance the talent and boost confidence of the young ladies who participate in the pageant; and lastly, through this event, we help the Goan Community and charitable organisations in Oman. This year the Goan Wing has pledged to support Children First Association.
Nihad Al Hadi of the Children First Association, on behalf of Her Highness, Dr. Mona Al Said, thanked the Goan wing for choosing to support them for a noble cause. She briefly explained the work carried out to support Omani and non-Omani children in Oman in their health, education and social issues. They also try to improve the quality of their lives and improve their leadership qualities.
More than 600 people are expected to attend the event, with Goan band Tidal Wave also slated to perform. It is one of the oldest, yet busiest and acclaimed bands of Goa. having performed at events across India and abroad.
Contact [email protected] or visit www.facebook.com/ISCGoanWing for more details.