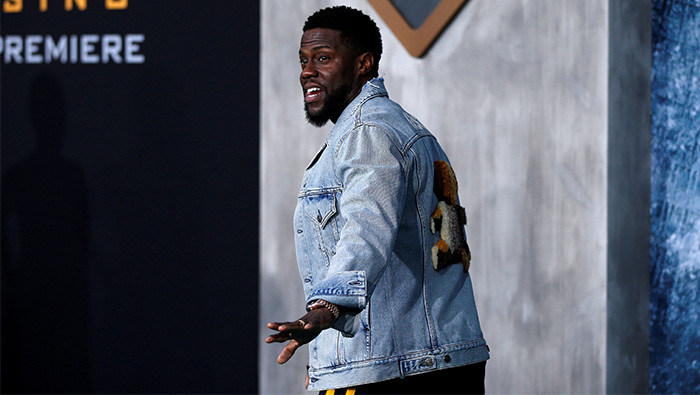 Los Angeles: A professional bowler who enjoyed a bit part in a movie starring Kevin Hart was charged on Wednesday with attempting to extort the actor with a surreptitiously recorded video of the married comedian "with a woman," Los Angeles prosecutors said.
Jonathan Todd Jackson, 41, who is known publicly as "JT" and "Action Jackson", was charged with attempted extortion and extortion by threatening letter, the Los Angeles District Attorney's office said in a statement.
Jackson is accused of seeking an undisclosed amount of money from Hart, 38, in August last year and of also trying to sell a video of Hart in Las Vegas with a woman to numerous celebrity news websites.
Hart's publicist did not return a request for comment. Efforts to reach Jackson were unsuccessful.
Hart, the star of "Jumanji" and "Ride Along," was dogged by media reports last year that he had cheated on his wife and previous partners.
In September, the comedian released a video on his Instagram account saying he had made a "bad error in judgement" and would not "allow a person to have financial gain off of my mistakes".
If convicted on both charges, Jackson faces a maximum sentence of four years in prison.
Jackson, who is credited for parts in Hart's "Think Like a Man Too" and stand-up special "Kevin Hart: Let Me Explain", has been a member of the Professional Bowlers Association for 12 years, according to its website.