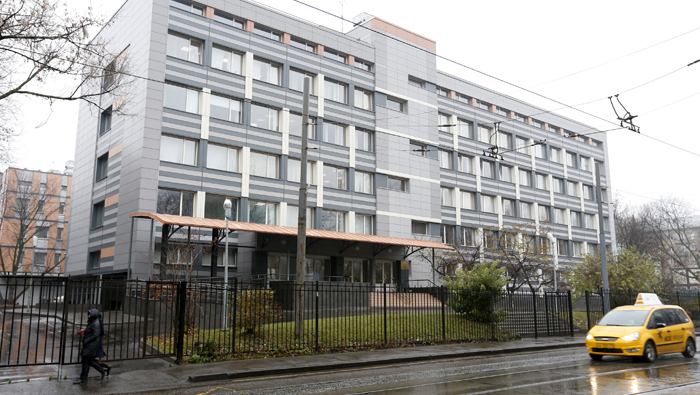 Moscow: Russian doping whistleblower Grigory Rodchenkov hit back at a libel lawsuit on Monday by counter-suing three Russian athletes and suing tycoon Mikhail Prokhorov who has backed the athletes' case, a lawyer for Rodchenkov said.
Rodchenkov, former head of Moscow's suspended anti-doping laboratory, alleged in 2016 that Russia had carried out a sophisticated doping cover-up scheme at the 2014 Sochi Winter Olympics in which Russian athletes' tainted urine samples were substituted with clean ones.
His allegations dealt a blow to Russia's standing on the global sports stage and led to investigations by the International Olympic Committee (IOC) and World Anti-Doping Agency (WADA).
Russian authorities have repeatedly denied the existence of systematic state-sponsored doping and said last year they wanted Rodchenkov, currently in hiding in the United States, to be extradited to Russia even though the two countries do not have an extradition treaty.
Three Russian Olympic biathletes banned by the IOC over alleged doping violations at Sochi, Olga Zaytseva, Yana Romanova and Olga Vikhulina, filed a libel lawsuit this year against Rodchenkov, with the financial assistance of Prokhorov.
They are seeking $30 million in damages, according to Rodchenkov's legal team.
"Today we are pleased to say that the hunted becomes the hunter," said Jim Walden, a lawyer for Rodchenkov, in a conference call with reporters from New York.
He said Rodchenkov's legal team had filed "a motion to dismiss that frivolous lawsuit."
"We are taking fight to them by filing our own countersuit against the athletes and the Russian oligarch Mikhail Prokhorov and a number of other unnamed financiers," he said.
Walden, who said the suit against Prokhorov could entitle Rodchenkov to punitive damages and legal fees, said the athletes' case was meant to find out where his client was.
"I have every confidence that this litigation was started not to vindicate the interests of these athletes but to try to identify and locate Dr. Rodchenkov's location," he said.
Rodchenkov's legal team said the lawsuit was "a project" initiated by Prokhorov.
"We believe they would not have sued had Mr. Prokhorov not solicited them and provided them with incentives to," lawyer Derek Borchardt said. Prokhorov, who sold a 49-per cent stake in the Brooklyn Nets basketball team this month, could not immediately be reached for comment. Russians competed at the IOC's invitation as neutral athletes at the 2018 Pyeongchang Games due to allegations the country ran a systematic doping program at the Sochi Games.
Russia's anti-doping agency RUSADA, its athletics federation and Paralympic Committee remain suspended over allegations of state-sponsored doping.
For Russia's suspended sports bodies to retrieve their accreditation, Moscow must acknowledge the findings of a WADA-commissioned report that found more than 1,000 Russian athletes benefited from a state-run scheme to conceal positive tests over a five-year period.