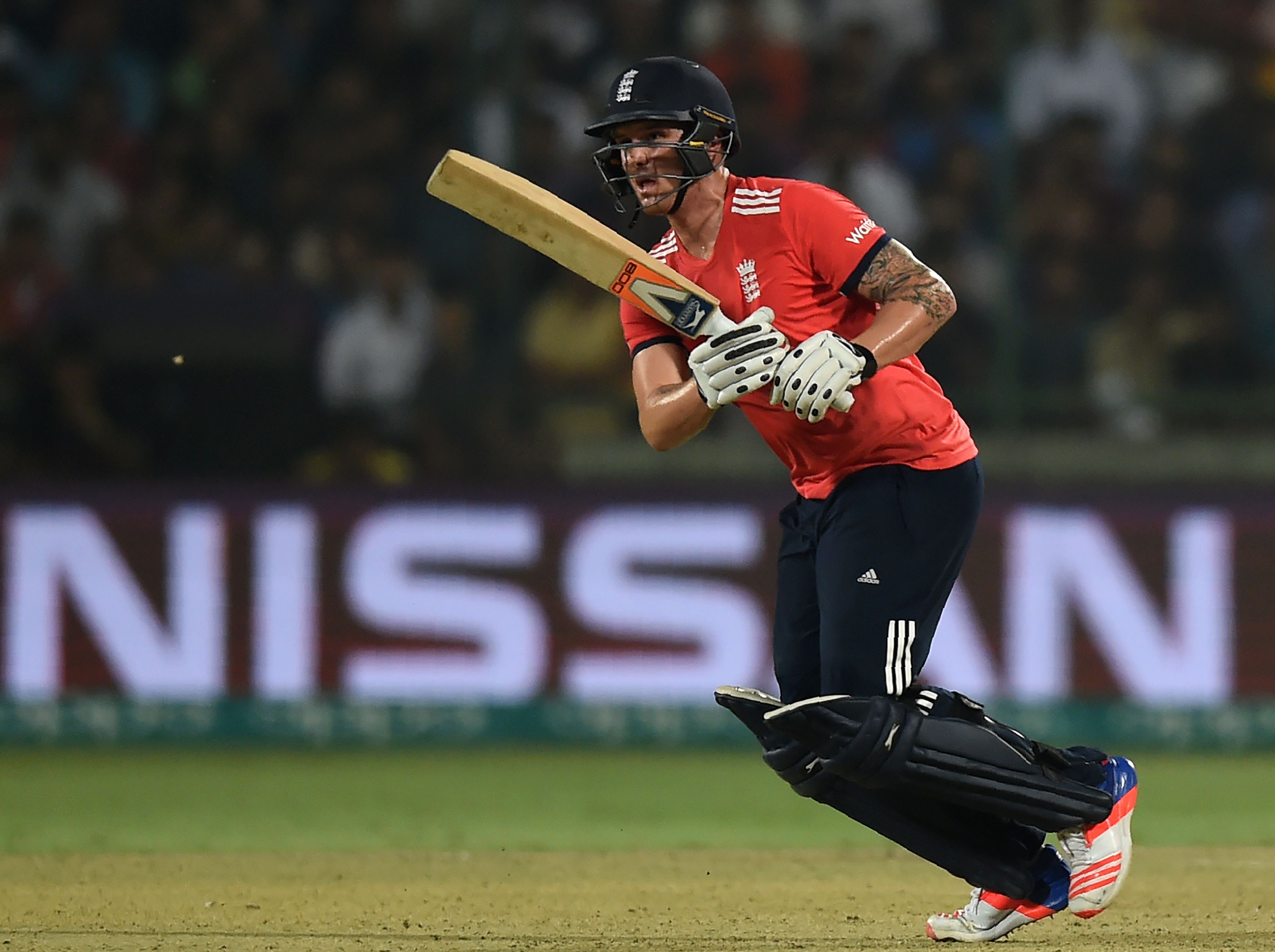 New DelhiI: England stormed into the final of the ICC World Twenty20 with a comprehensive seven-wicket victory over New Zealand, riding on opener Jason Roy's blazing 78.
After restricting New Zealand to 153 for eight with an impressive death bowling effort, it was then turn of right-handed Roy to pulverise a potent Black Caps attack into submission with a superlative 78 off 44 balls as the winners finished the match in only 17.1 overs.
Roy, who had set the tone with a 16-ball-43 against South Africa, produced an exhilarating array of shots to knock the stuffing out of the New Zealand attack, which had looked potent till now.
In all, Roy hit 11 boundaries and two sixes.
He teed off with four boundaries in the first over bowled by Corey Anderson and the graph only went upwards after that.
The 25-year-old Surrey batsman literally slapped fast bowler Adam Milne for a six over long-off.
The boundaries just kept coming as his 50 came off 26 balls with nine boundaries and a six.
The team's 100 came in 10.2 overs and New Zealand by then had been all but knocked out.
Roy's innings was an example of perfect hand-eye co- ordination with minimalistic footwork against fast bowlers.
With no lateral movement, it was easy for the South Africa-born batsman to hit through the line.
To make matters worse, he did not let left-arm spinner Mitchell Santner settle down hitting him for two boundaries in his first over.
Such was Roy's dominance that his opening partner, the normally attacking Alex Hales (20) looked pale in comparison during their 82-run first wicket stand.
By the time, Roy was bowled missing the line of an Ish Sodhi leg-break, England had more or less pocketed the match with only 44 runs adift of the target.
Eoin Morgan (0) was adjudged leg before first ball but Joe Root (27 not out) and Jos Buttler (32 not out off 17 balls) guided the team home with minimum fuss.
The last 28 runs came off seven deliveries as the England duo finished with a flourish.
Having played some brilliant cricket at the league stage, New Zealand under Kane Williamson could not deliver the killer blow when it mattered the most as they were out of the contest after the first 10 overs of their batting innings.
Their bowling held the key throughout but as per law of averages, they were to have a bad day which unfortunately came in the semifinals. Earlier, New Zealand batsmen frittered away a fantastic start in front of some splendid death bowling by England to post a below par 153 for eight after being put into bat.
The England bowlers came under the pump during the first 10 overs giving away 89 runs but were once again brilliant at the death conceding only 64 runs in the last 10 overs to stop New Zealand from setting an imposing target.
Electing to field, England staged a strong comeback in the second half of New Zealand's innings to restrict their opponents to a modest 153 for eight.
After dangerous opener Martin Guptill fell in the third over, Colin Munro (46) added 74 for the second wicket with Williamson (32) to lay the foundations for a big total.
England, however, applied the brakes with some disciplined bowling and tight fielding.
Anderson made 28 down the order but New Zealand eventually fell well short of the 175 total that looked reachable at the halfway stage.
Ben Stokes (3-26) was the pick of the England bowlers, again showing how good he is in the latter stages of an innings.
England, the 2010 champions, now meet the winners of Thursday's match between India and West Indies on Sunday.