The Putins of the EU 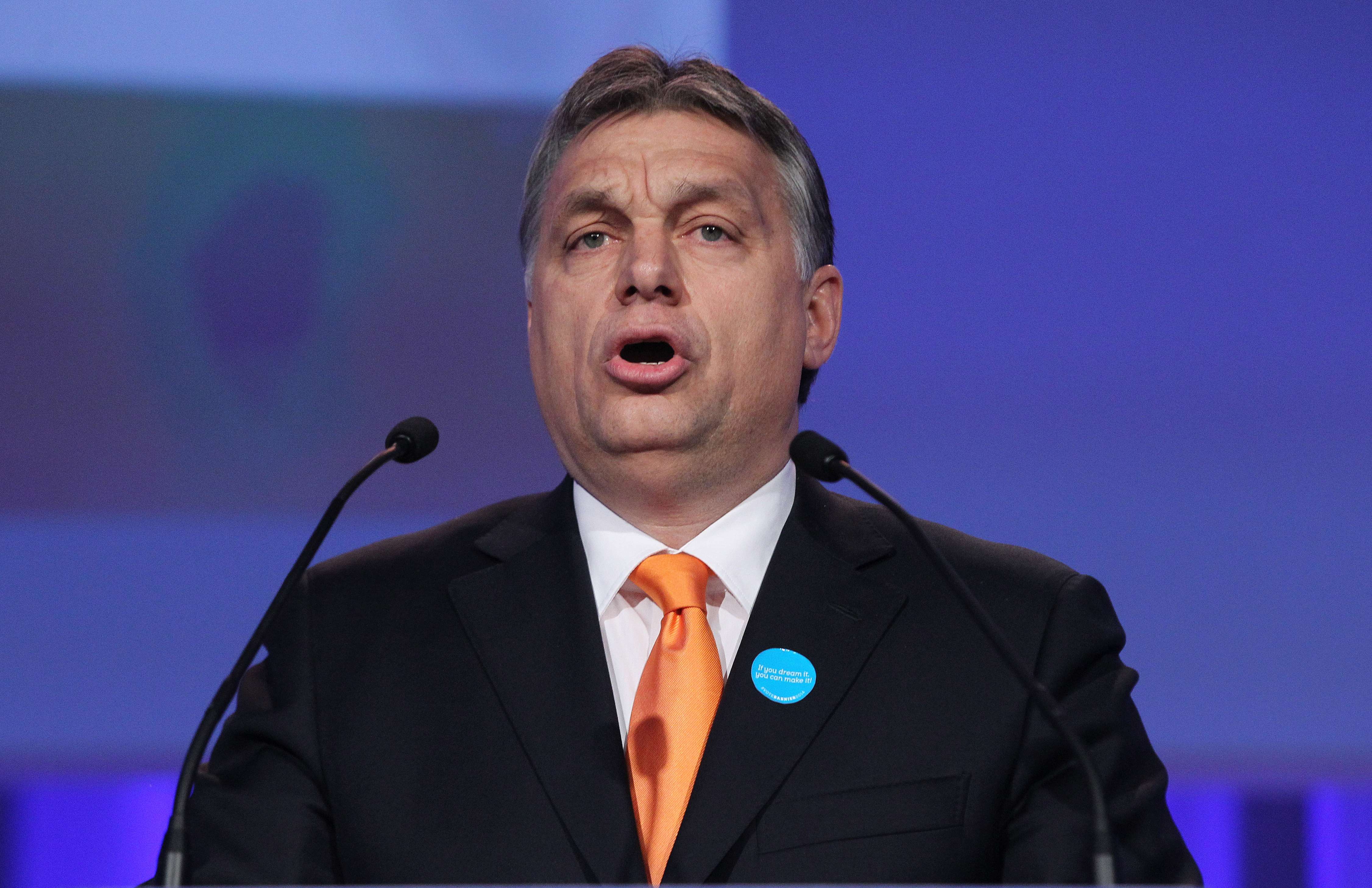 One of the saddest ironies of this year’s commemoration of the 25th anniversary of the collapse of the Soviet Union is that Hungary and Poland, always the most restless of the Soviet empire’s captured nations, are now led by men mimicking Russian President Vladimir Putin’s governing style. They, too, are hollowing out independent democratic institutions and suppressing citizens’ fundamental freedoms. As the old saying goes, we become what we hate.
After the fall of communism, Poland and Hungary declared that they were Eastern European countries no more. Instead, they were part of Central Europe – Europa Srodkowa, the Poles called it – or even of Western Europe, on par with Austria. Today, however, they are embracing Putin-style authoritarianism, to the point that the European Union may impose sanctions against them. Such reprimands are fully deserved.
Poland, now ostensibly led by President Andrzej Duda, is really controlled by former Prime Minister Jarosław Kaczyński, Chairman of the right-wing Law and Justice (PiS) party. Kaczyński is the twin brother of the late President Lech Kaczyński, who died in a plane crash near Smolensk, Russia, in 2010, on his way to commemorate the victims of the Katyn massacre by the Soviets in 1940. Though the crash was deemed accidental, PiS calls it the result of a Kremlin conspiracy – a paranoid charge that is all the more bizarre given Kaczyński’s apparent determination to emulate Putin’s behaviour.
Both Kaczyński and Putin are certainly contemptuous of the rule of law. In Russia, the manipulation of trials of the regime’s perceived enemies is among the Kremlin’s favourite tactics.
These supposed enemies have included former Yukos Oil Company Chairman Mikhail Khodorkovsky, who doubted Putin’s fitness to be president; the anti-corruption lawyer Alexei Navalny, who was investigating Putin’s wealth; and the punk rock group Pussy Riot. Just last week, in a notorious show trial, the Ukrainian helicopter pilot Nadiya Savchenko was handed a 22-year prison sentence on falsified evidence that she was involved in the killing of two Russian journalists during the separatist conflict in eastern Ukraine.
Poland’s government, for its part, has cancelled the appointment of three new Constitutional Court justices installed by the previous government, led by the Civic Platform. Moreover, it has neutered the Court by barring the justices from questioning the constitutionality of legislation or probing executive decisions without parliamentary approval. And exploiting a quirk of Poland’s legal system, the authorities are refusing to publish some Constitutional Court decisions, a move that essentially nullifies the Court’s powers, because unpublished decisions do not officially have the status of law.
The Polish government is also taking cues from the Kremlin in its response to the civic protest movement that has emerged in response to such actions. Not only has Poland’s government denounced the movement as anti-patriotic and guided by foreign interests; a leader of that movement, the computer specialist Mateusz Kijowski, has come under personal fire from Kaczyński.
The media is another area where Kaczyński is building a Kremlin on the Vistula. In Russia in the 2000s, Putin’s government stripped independent networks such as NTV and ORT (later Channel One) from their media-mogul owners Vladimir Gusinsky and the late Boris Berezovsky, both of whom Putin viewed as enemies. Poland’s new administration recently passed similar laws, enabling, for example, the government to appoint the managers of television stations, thereby ensuring broadcasters’ political fealty.
The situation is no better in Hungary, where Viktor Orbán has been pushing his country toward illiberalism since 2010, when he began his second stint as the country’s prime minister. In fact, he set to work almost immediately changing the constitution to consolidate the power of his Fidesz party and limit the independence of the constitutional court.
Furthermore, like Putin and Kaczyński, Orbán has asserted control over the media, with new legislation empowering it to dictate content and impose sanctions on media outlets, as well as to grant broadcast licenses to favored stations. These laws also ensure preference for Fidesz’s campaign advertising, including by restricting the location of opposition billboards and messages by NGOs. The slogan “Only Fidesz!”, accompanied by the image of a grinning Orbán, are now plastered on 15-foot-high struts across the country.
Of course, “father of the nation” worship is nothing new in countries with illiberal governments. Similar billboards, emblazoned with portraits of leaders from Vladimir Lenin to Leonid Brezhnev, once lined the roads of the Soviet Union. Likewise, as one observer pointed out, in Romania in the 1980s, roads were lined with signs extolling the virtues of communist strongman Nicolae Ceaușescu. Though Putin’s portraits are absent from Russian roads today, incessant footage of him on national television is not. And images of Stalin, the spiritual godfather of Putin’s regime, do line the roads, if sporadically.
In Putin’s early days in power, he proposed a regime based on “sovereign democracy,” claiming that Russia needed a “special system” to protect itself from its many enemies, domestic and foreign. Kaczyński and Orbán subscribe to the same notion, completely missing, apparently, the irony in the use of “sovereign” – a term typically applied to a monarch, not a democratic leader. Indeed, what Putin created, and what Kaczyński and Orbán are emulating, is more like a “sovereign dictatorship.”
For the EU, handling Russia, which has lately positioned itself as the West’s nemesis, would be hard enough. Now it has to address the anti-democratic Putin emulators within its own ranks, at a time when European unity is being undermined at every turn. (The upcoming British referendum on EU membership is one important example.) The question is whether the EU will follow through on its threats to impose political and economic sanctions on Poland and Hungary, or continue, for the sake of unity, to avoid acting against nascent illiberal regimes in countries that were once beacons of post-Soviet hope. - Project Syndicate