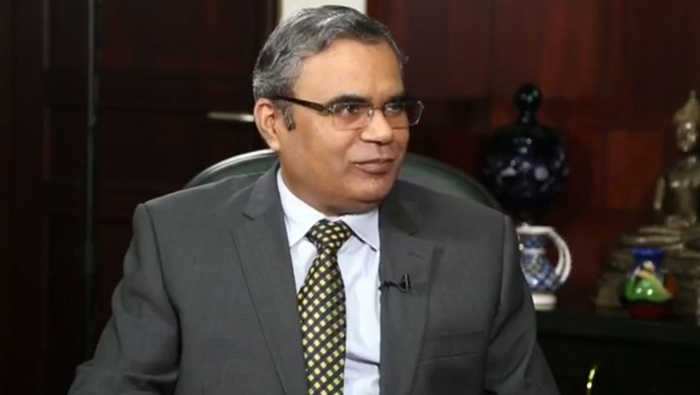 Muscat: Nearly 15,000 athletes from India and Oman will be taking part in a six-month-long sports festival being organised to strengthen bilateral ties.
The 2018 Oman-India Sports Meet, which begins on May 4, will see teams from both nations compete in six sports: football, volleyball, cricket, hockey, badminton and athletics.
The meet is being organised by the Indian Embassy, in collaboration with the Indian Social Club’s (ISC) Malayalam Wing and the Sultanate’s Ministry of Sports and Youth Affairs, to commemorate 70 years of Indian independence, and foster better relations with Oman, a nation with which India has strong ties that go back centuries.
Hisham Al Sinani, Assistant Director of Sports Development and Welfare at the Ministry of Sports, was pleased to offer the Sultanate’s expertise in setting up the event.
“These kinds of sports exchange programmes are sure to strengthen relations between our countries, and make them as strong as they are in other areas, such as the commercial sector,” he said.
“The Ministry will support this event by providing all the logistics and facilities needed to make it a success.”
Indra Mani Pandey, India’s ambassador, said the event was one of the biggest so far that the embassy had undertaken in Oman. “Last year, on August 15, we decided to take steps towards solidifying our ambition to build a new India,” he said. “As a result of that, we have been holding many cultural, technological, educational and financial programmes to spread awareness about these plans, and this is the latest event we are planning.”
“We are sure that such sports exchange programmes between the youth will make our friendship stronger, as many of the other events have,” added Pandey. “This is an event where the Embassy is playing a very active role, and is one that is for all Indians in Oman.”
Dr Sathish Nambiar, Chairman of the ISC, was very keen to see the cultural benefits of such a large-scale event, which will see sports teams from India play both alongside and against similar outfits from Oman.
“It is quite an ambitious event that we are putting forward. There are nearly 700,000 Indians in Oman, and with extensive support, we are sure this will be a once-in-a-lifetime programme. We will have a football team coming in from India to play against a major football team from Oman during the inauguration of the event, which also recognises the sporting success of both enthusiasts and athletes from both Oman and India,” he said
In keeping with the inclusive spirit of this event, both Indian and Omani schoolchildren will also be invited to take part in games during the event.
“We want to extend this to as many young people as possible, so we will be inviting schoolchildren – both Omani and Indian – to take part in special tournaments that will be organised just for them during this event,” said T Bhaskaran, Convener of the ISC’s Malayalam Wing.
“We are expecting more than 15,000 athletes from both Oman and India to be present for the inauguration ceremony and we are sure that with the support of the government, the people of Oman and the Indian expat community, this event will be a success,” he added.
A host of Omani sports stars are expected to be honoured at the event, including tennis star Fatma Al Nabhani, sailor Ibtisam Al Salmi, rally car champion Ahmad Al Harthy, legendary athlete Mohammed Al Malki, champion footballer Ali Al Habsi, former Olympian Mohammed Al Balushi, and golfer Azzam Al Rumhi. In addition, all of Oman’s 2017 Gulf Cup winners will be feted.
Several Indian sportspersons, such as cricket stars Rahul Dravid and Sourav Ganguly, badminton aces Saina Nehwal and PV Sindhu, Olympic shooter Abhinav Bindra, boxing legend Mary Kom and PV Chitra, one of India’s fastest athletes, are expected to arrive for the event.