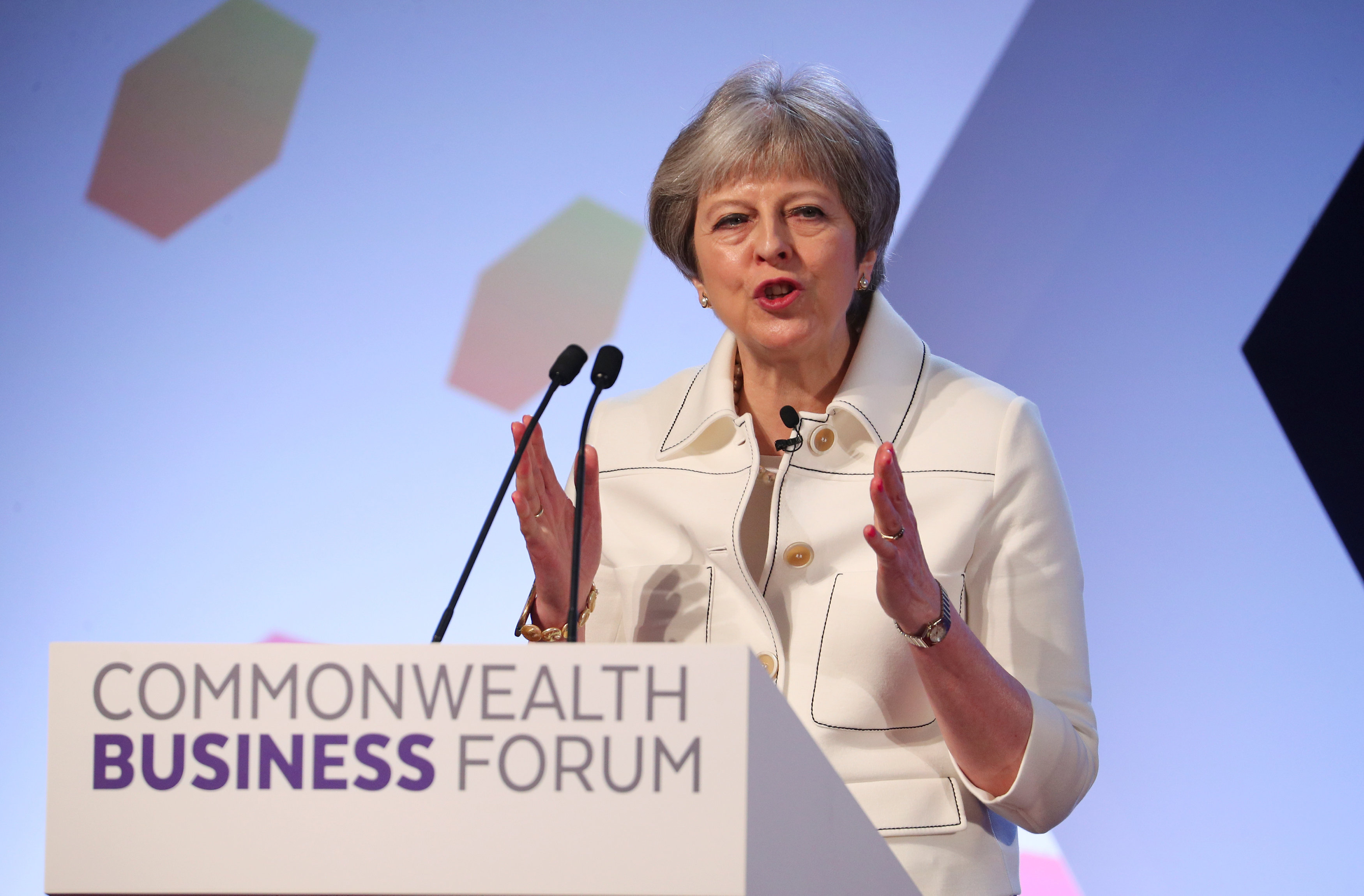 London: British Prime Minister Theresa May on Monday extolled the benefits of free trade among Commonwealth countries, seeking new sources of commerce as Britain looks to finalise divorce terms with its current biggest trading partner, the European Union.
May is looking to win the support of the Commonwealth, a network of mostly former British colonies, for future trade deals at a meeting of its leaders in London, and bolster her argument that the future is bright after Brexit.
The Commonwealth, headed by Queen Elizabeth, is not a formal trading bloc with a free-trade agreement. In 2015 it accounted for only 9 per cent of British exports while by contrast the EU, which Britain voted to leave in 2016, accounted for around 44 per cent.
Speaking at the opening of a Commonwealth business forum, May urged the use of common standards across the network of 53 countries, warning that global growth was fragile and that protectionism posed a clear threat to the world economy.
"With its unique scope and global voice, such a Commonwealth can set a powerful example to the world, one that demonstrates and underlines the importance of protecting free trade and the rules-based international order," she said.
"Freer and easier trade means stronger economies, more jobs, more choice and lower prices."
The lavish week-long Commonwealth meeting, split across landmark locations in London, is likely to be overshadowed by May's decision to join US and French air strikes on Syria on Saturday in retaliation for a suspected poison gas attack.
Britain's appeal to the Commonwealth comes as Brexit negotiators prepare to begin work on a future trade agreement with the EU, which the government hopes will allow frictionless trade with the bloc to continue. The EU has said Britain cannot enjoy the benefits of its single market after leaving.
May's ministers have spent much of their time since the 2016 exit vote touring the globe, touting Britain's ability to negotiate its own trade deals with countries including Commonwealth states such as Australia, India, and New Zealand as one of the main benefits of life outside the EU.
"Our Commonwealth family already accounts for one-fifth of global trade," May said in a statement before the meeting.
"And we must continue to work together to build further upon this solid foundation by building on our existing trade links and establishing new ones."
May announced new programmes to free up trade, improve the skills of young people and boost women's participation in business, including an offer of £7 million ($10 million) in Commonwealth-wide support to boost businesses owned by women in countries where being female is a professional barrier.
May also announced funding for a new Commonwealth Standards Network to establish a common language for goods and services to help boost trade.
Reuters