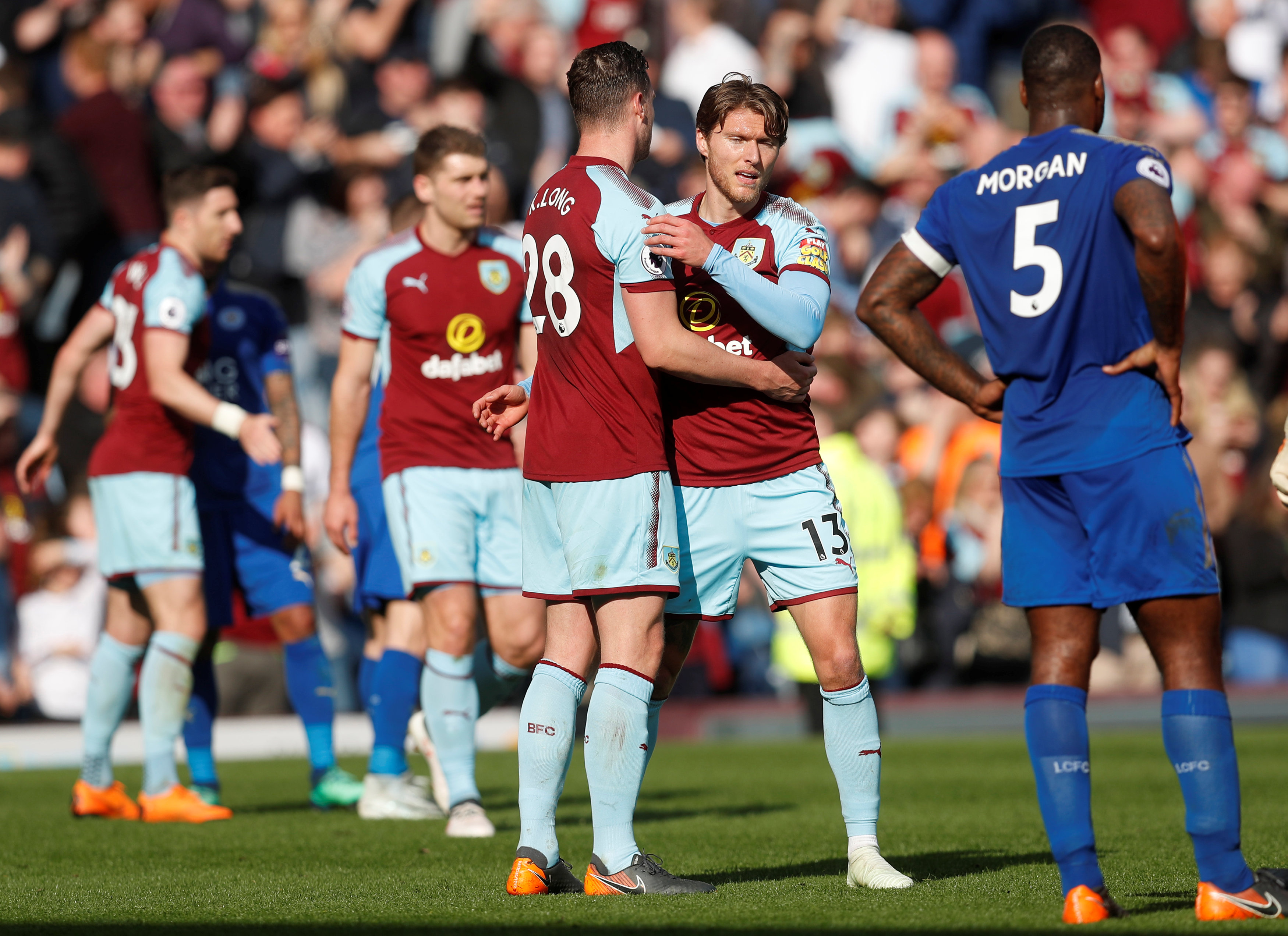 London: Burnley earned their fifth straight Premier League win with a 2-1 triumph over Leicester City at Turf Moor on Saturday to boost their chances of qualifying for Europe for the first time in 51 years.
The victory enabled Sean Dyche's side to open up a nine-point lead over eighth-placed Leicester with five games to play in the pursuit for seventh place, which would be enough to qualify for the Europa League unless Southampton win the FA Cup.
Burnley, who have not played in European competition since 1967, struck twice in the opening nine minutes but had to hang on for the three points after Jamie Vardy's 72nd-minute strike.
Former Leicester striker Chris Wood put Burnley ahead in the sixth minute, latching on to a clever Ashley Barnes pass and firing past goalkeeper Kasper Schmeichel at the second attempt.
Three minutes later Burnley doubled their advantage when Kevin Long rose at the back post to head home a Johann Berg Gudmundsson corner.
Leicester had several chances to get back into the game but twice Vardy failed to make the most of headers inside the box and Clarets keeper Nick Pope did well to keep out a powerful heaer from Riyad Mahrez.
Pope shone again after the break, getting down well to push a Vardy effort around the post as Claude Puel's side increasingly dominated proceedings.
The Foxes finally pulled one back when substitute Kelechi Iheanacho burst from deep and slipped a fine ball to Vardy who blasted home.
Schmeichel had to go off injured four minutes from the end after a foul by Barnes.
Leicester applied plenty of pressure but Burnley held on and after the game Puel appeared to concede the battle for seventh was over.
"We deserved a result at the end. It is difficult because we lose our run for the Europa League cup, but congratulations to Burnley. They deserve it," said the Frenchman.
"They have been consistent in their play. There were a lot of battles in the beginning of the match. It was close but after the two goals it was surprising," he added.
Dyche was less certain that qualification was now on the cards.
"We’re in very good shape," he said. "The biggest thing for me is to stay focused on what we want to do. Now it’s open-minded and see how far we can go."