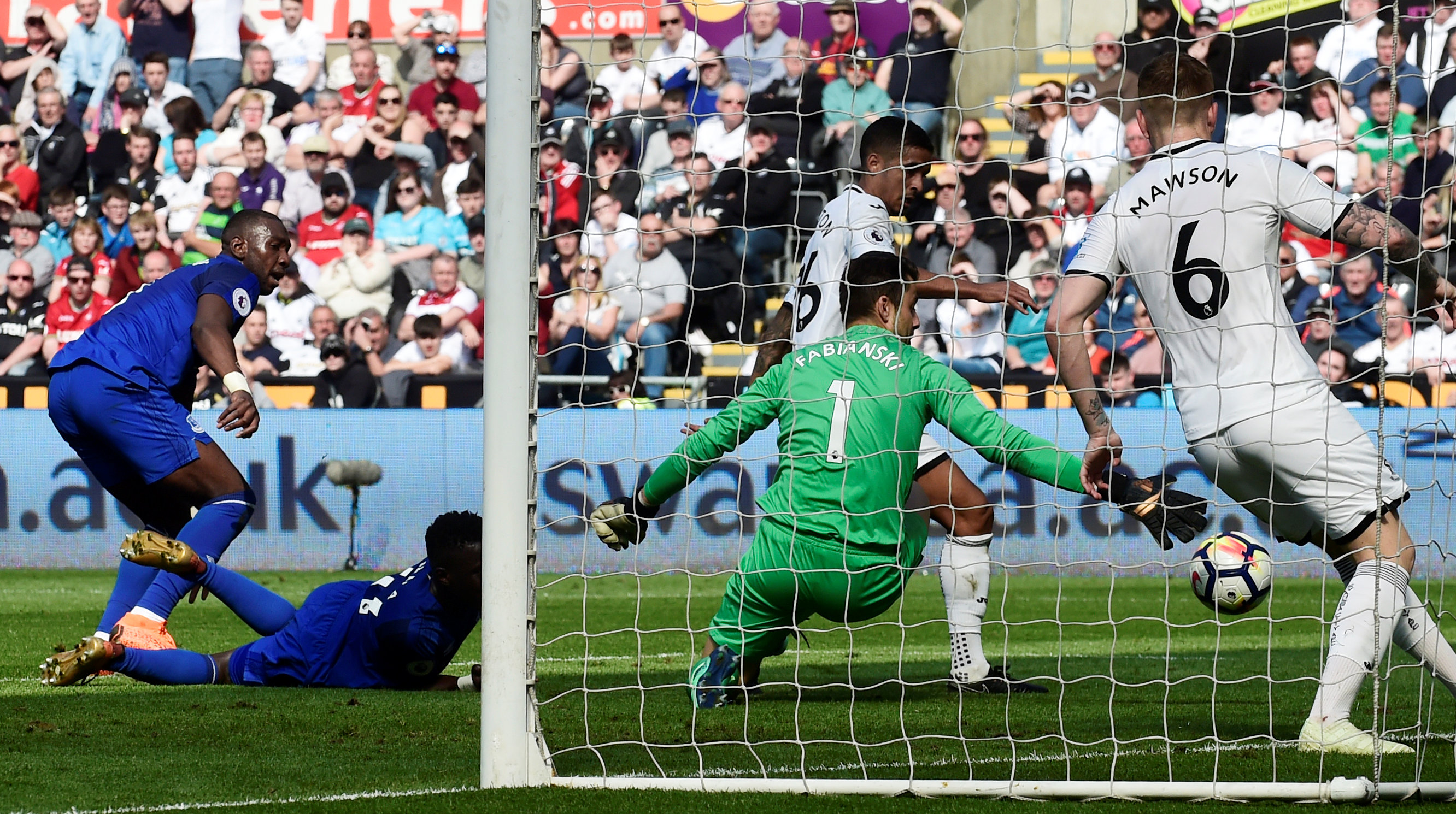 London: A superb display by a Swansea side seeking their fifth home win in a row was blighted by a Kyle Naughton own goal as visitors Everton held them to a 1-1 draw in their Premier League clash at the Liberty Stadium on Saturday.
Despite the dominance of the home side, keeper Lukasz Fabianski had to make two superb reflex saves in quick succession to thwart Everton.
Unfortunately for him, the second bounced off the head of Naughton and back towards the goal and though Alfie Mawson cleared the ball it was deemed to have crossed the line.
Jordan Ayew, who was returning from a three-match ban he received for a straight red card against Huddersfield, put Swansea level after a sustained period of pressure in the second half, controlling the ball on his chest before hammering it home.
Despite Swansea enjoying the lion's share of possession, Seamus Coleman came closest to securing all three points for his side, the Everton full back slamming a shot off the crossbar 15 minutes from the end.