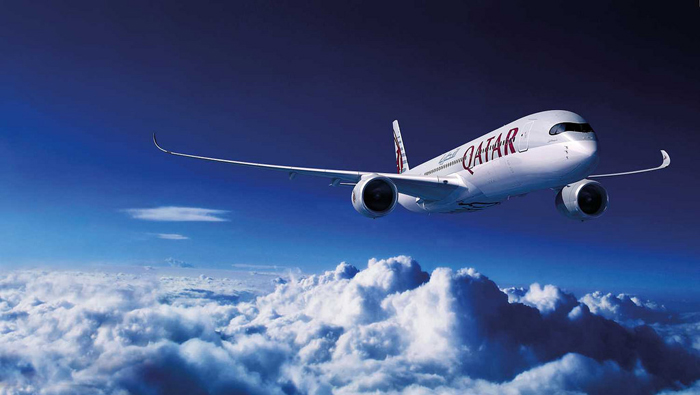 Doha: Qatar Airways announced that it has been named ‘World’s Best Business Class’, ‘Best Business Class: Middle East’ and ‘World’s Top 10 Airline’ by the highly-respected 2018 TripAdvisor Travelers’ Choice Awards, complementing a growing number of esteemed accolades that the airline has already received in 2018.
Qatar Airways garnered additional praise from TripAdvisor as it was recognised as a Travelers’ Choice Winner for ‘Airline: Middle East’ and ‘Economy Class: Middle East’.
Akbar Al Baker, Group Chief Executive - Qatar Airways said: “We are delighted to be recognised for our world-class hospitality and outstanding quality of the product by the valued TripAdvisor travel community, a significant testament of our passengers’ satisfaction in their travel experience with us. TripAdvisor is one of the most well-known names in travel, and being awarded World’s Best Business Class and in the Middle East, as well as being named one of the Top 10 Airlines in the World is truly a tremendous achievement.”
TripAdvisor is the world’s largest travel website with more than 600 million traveller reviews of airlines, hotels, restaurants, and attractions worldwide. The Travelers’ Choice Awards are the highest honours presented by TripAdvisor, and are the only travel industry awards based on millions of reviews from travellers around the world, reflecting 'the best of the best' for service, quality, and customer satisfaction.
Last month Qatar Airways received the Apex Passenger Choice award for ‘Best Overall Airline: Middle East’, ‘Best Food and Beverage: Middle East’, ‘Best Cabin Service: Middle East’, and ‘Best Seat Comfort: Middle East’ by the Airline Passenger Experience Association (Apex) during a ceremony at Apex Asia held in Shanghai, where the airline also received a 2018 Five-Star Apex Official Airline rating.
The airline was also in March named ‘Best Regional Middle East/Africa Airline’ by Money magazine’s 2018 ‘Best in Travel’ awards for the second consecutive year. The award, one of the highest honours in the industry, recognised the airline for its unparalleled value, comfort, and prestige. These awards complement a triumphant 2017, which saw the airline receive more than 50 awards across multiple categories, including ‘Airline of the Year’ by the prestigious 2017 Skytrax World Airline Awards. This is the fourth time that Qatar Airways has been given this global recognition.
Qatar Airways, known for its industry firsts, continues to exceed expectations with its global expansion and innovative product development. Most notably, the award-winning airline recently launched Qsuite, its revolutionary ‘First in Business Class’ concept. Qsuite takes cabin innovation and personalisation to an entirely new level, thanks to its patented quad seating configuration that features the industry’s first-ever double bed in Business Class and customisable private cabins for up to four people. Qsuite has set a new standard of luxury travel and is already fast collecting awards since its launch last year.
One of the world’s fastest-growing airlines, Qatar Airways also recently revealed a host of forthcoming global destinations for 2018-19, including London Gatwick and Cardiff, United Kingdom; Tallinn, Estonia; Valletta, Malta; Cebu and Davao, Philippines; Langkawi, Malaysia; Da Nang, Vietnam; Bodrum and Antalya, Turkey; Mykonos, Greece and Málaga, Spain.