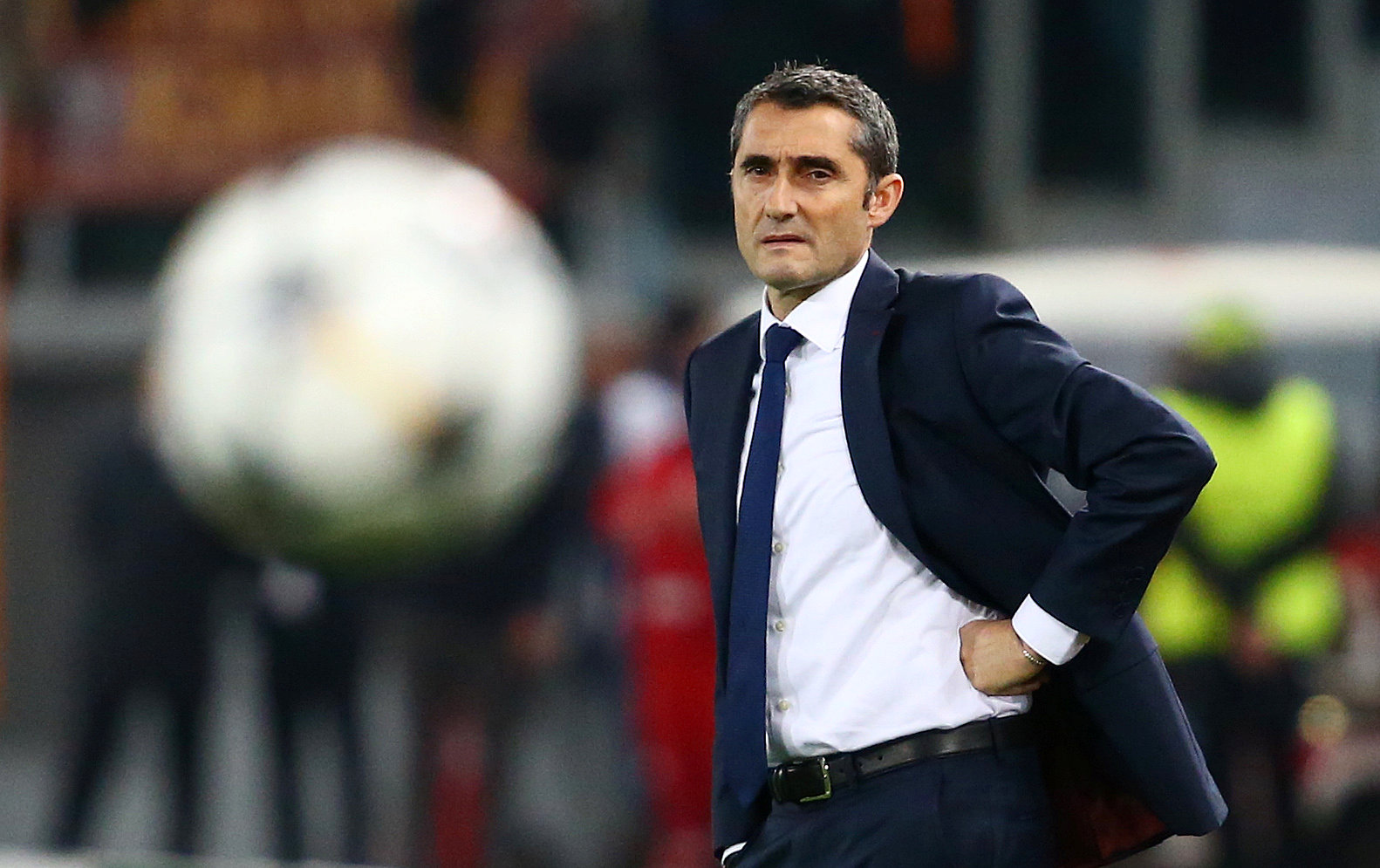 Barcelona: Barcelona coach Ernesto Valverde's conservatism was cited by the Spanish media as the main reason for their 3-0 defeat at AS Roma on Tuesday that led to a shock Champions League quarterfinal elimination being regarded as "a historic debacle".
Barca outclassed Manchester United in the 2009 Champions League final at the Olympic Stadium but the venue will now be remembered as the scene of one of their biggest humiliations after they surrendered a 4-1 advantage from the first leg.
Valverde was also harangued for his failure to react to Roma's dominance after they took an early lead through Edin Dzeko, before Daniele de Rossi's penalty and a late Kostas Manolas header sent the Italians through on away goals.
"Valverde's conservatism took its toll," said newspaper Marca, criticising the coach for not rotating his team in league games despite having the Spanish title practically wrapped up, leading to his players suffering from over-exertion.
"By trying to avoid losing the league when it was already won, he has burnt his players out. The lack of freshness was evident and not just last night, you could see this coming," the daily added.
Roma coach Eusebio Di Francesco overhauled his formation after the first leg, fielding a 3-5-2 shape which overwhelmed Barca with relentless pressing that also nullified the Spanish side's talisman Lionel Messi.
Valverde did not make any changes until it was 3-0 in the 81st minute, bringing off an exhausted captain Andres Iniesta for Andre Gomes, and only throwing on the speedy Ousmane Dembele and forward Paco Alcacer in late desperation.
"With his team at a clear disadvantage but still in the tie, Valverde didn't go for an attacking solution like putting on Dembele when there was still space," Marca added.
"When the Frenchman finally came on, Roma had their three goals and closed their defence. It was a missed opportunity."
Unwillingness to take risks
Valverde addressed his lack of substitutions after the game and appeared to lay the blame on his players.
"I thought that when the game was equal, with them needing one more goal, there was enough experience in the team to see the game out," he said.
Barcelona-based newspaper Mundo Deportivo called the defeat "a historic debacle" and also took aim at the former Athletic Bilbao coach.
"To be in the semifinals of the Champions League you need spark and the capacity to take risks," it said. "That is what has defined Barca over the years, but the players and the coach woke up too late."
Catalan daily Sport had celebrated Barcelona being paired with Roma in the quarterfinal draw but gave a scathing account of the outcome.
"A failure without excuses," said their front cover, with an editorial adding: "Valverde's fear leaves Barca without another Champions League in the era of Messi."