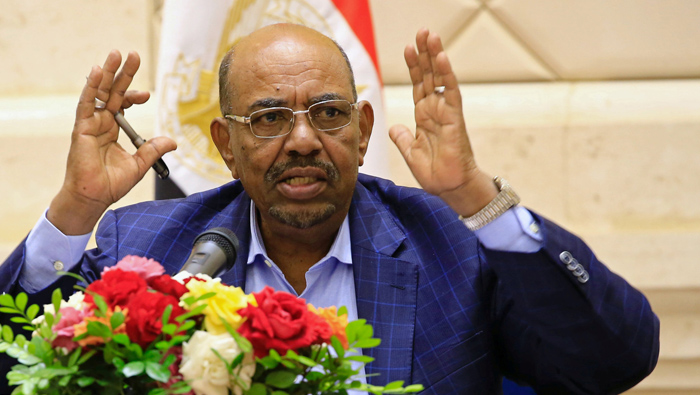 Khartoum: Sudan's President Omar Al Bashir has ordered the release of all political prisoners held in the country, state news agency SUNA said on Tuesday.
The decision came in response to calls from political parties and groups that have participated in the country's ongoing national dialogue to grant detainees the opportunity to engage in the political process, SUNA reported.
Bashir, who has ruled Sudan since 1989 when he came to power in an extremist and military-backed coup, has said he will not stand in elections expected in 2020 and appointed a prime minister last year for the first time.
"The release of political prisoners comes to strengthen the spirit of reconciliation, national harmony and peace created by the national dialogue" and as part of "steps to prepare a permanent constitution for the country," SUNA said.
Since 2015 Bashir has held ongoing meetings with opposition and rebel groups under the banner of a national dialogue, in part to end longstanding conflicts in warring regions such as Darfur.
Many groups have boycotted the initiative however, demanding that Bashir first repeal what they describe as repressive security and press laws and free political detainees.
SUNA did not specify how many political prisoners the decision would affect or the names of any of those set to be released.
Last month Bashir ordered about 80 political detainees released, weeks after they were arrested amid countrywide protests over soaring food prices and ongoing austerity measures.
Opposition groups have said about 50 political detainees remain in prison, including prominent politician Mohamed Mokhtar Al Khatib, the leader of Sudan's communist party.