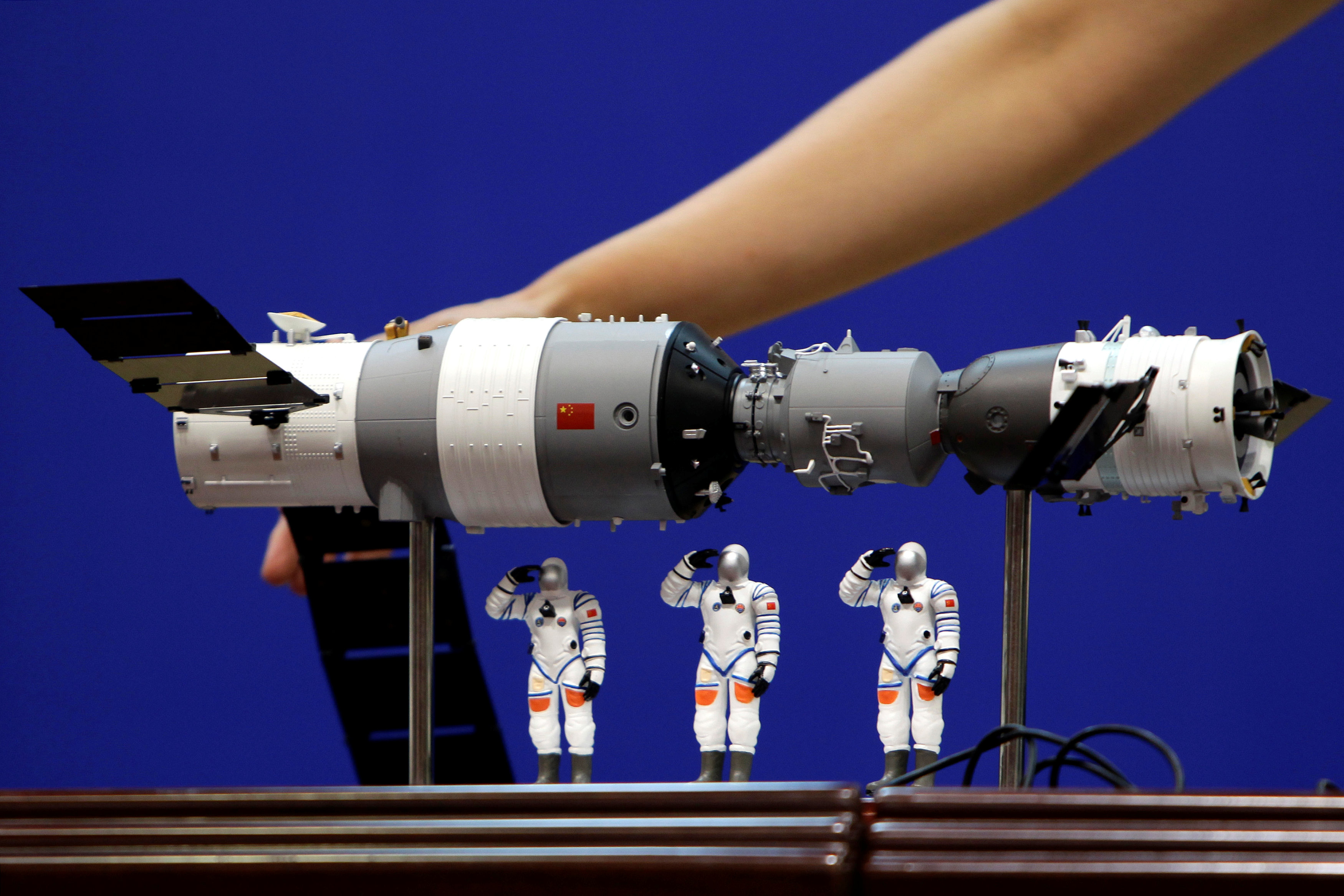 Beijing: China's Tiangong-1 spacecraft will re-enter the Earth's atmosphere at some point on Monday, the country's space agency said in a statement.
The Manned Space Agency did not specify a time when it expects the craft to enter the atmosphere in its statement on Sunday.
No one knows for sure where debris may land though many experts believe much of the station will burn up during re-entry. Beijing said on Friday that it is unlikely any large pieces will reach the ground.
South Korea's National Space Situational Awareness Organization said on its website on Sunday that the station is expected to re-enter the atmosphere sometime between 5:12am and 1:12pm Seoul time (2012 GMT to 0412 GMT) on Monday.
The 10.4-metre-long (34.1-foot) Tiangong-1, or "Heavenly Palace 1", was launched in 2011 to carry out docking and orbit experiments as part of China's ambitious space programme, which aims to place a permanent station in orbit by 2023.
The spacelab was originally planned to be decommissioned in 2013 but its mission was repeatedly extended.
China had said its re-entry would occur in late 2017 but that process was delayed, leading some experts to suggest the space laboratory is out of control.