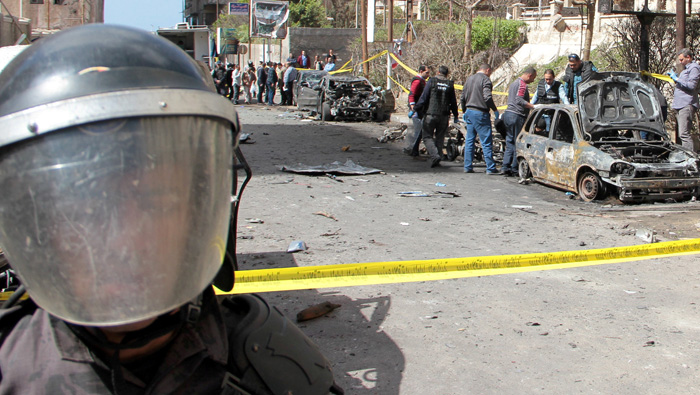 Cairo: Egypt's police killed on Sunday six militants belonging to the group the interior ministry accuses of carrying out a bombing in the coastal city of Alexandria that targeted a security chief a day earlier.
"The interior ministry has dealt an effective blow to the armed wing of the Muslim Brotherhood, the Hasam movement, on the dawn of March 25. The ministry uncovered a terrorist den ... and exchanged fire with its elements which led to the killing of six," it said in a statement.
The Muslim Brotherhood says it rejects violence. Police identified three of those killed. The ministry said its investigations showed the same group had carried out Saturday's bombing, which killed two policemen and targeted the Alexandria security chief, but did not indicate if those killed on Sunday took part in the bombing.