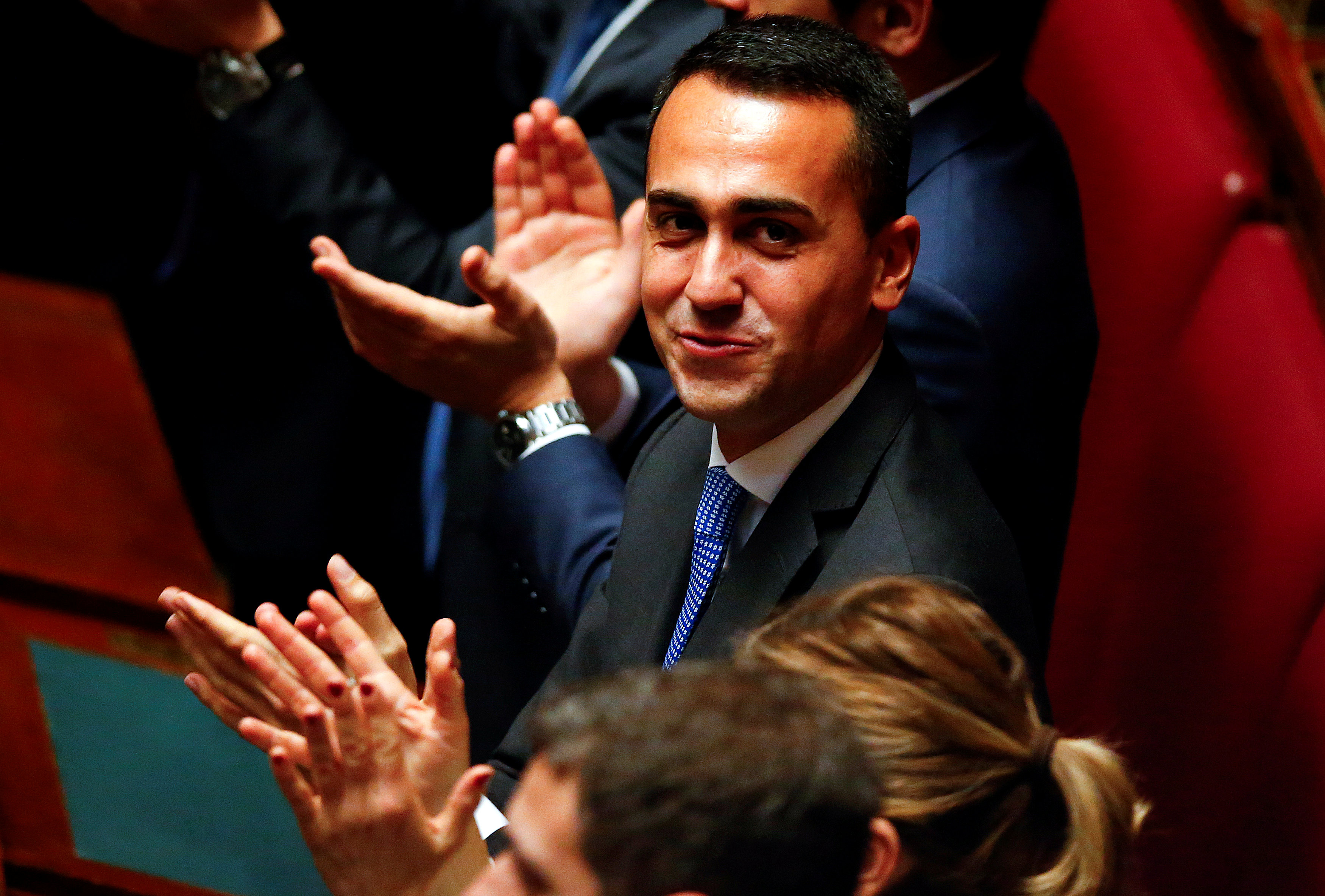 Milan: The head of Italy's anti-establishment 5-Star Movement praised the leader of the anti-migrant League after the two parties brokered a deal to elect parliament's speakers, a further sign they could explore an alliance to form a government.
Matteo Salvini, the leader of the League, "has proved he keeps his word," 5-Star's Luigi Di Maio said in an interview with daily Corriere della Sera on Sunday.
Asked whether his movement could side with the League to form a government, Di Maio did not rule anything out.
"We have shown we are open (to talk) with everyone for the good of the country as long as the dialogue focuses on the priorities for the people and not for parties," Di Maio said.
A national election on March 4 ended in a hung parliament, with the 5-Star becoming the largest party and a rightist alliance, including the League and former prime minister Silvio Berlusconi's Forza Italia party, emerging as the biggest bloc.
The 5-Star and the right have enough seats in parliament to govern Italy, but there are many impediments to such a deal in terms of policy mismatches and personality clashes.
After days of behind the scenes talks, the 5-Star Movement and the rightist alliance joined forces on Saturday to elect 5-Star heavyweight Roberto Fico as president of the lower house and Forza Italia veteran Elisabetta Casellati president of the Senate - both highly prestigious posts.
The conservative alliance had come close to collapse on Friday after the League sided with 5-Star to reject Forza Italia's first choice for the Senate position, with Berlusconi accusing Salvini of betrayal.
This was a first sign the League could join forces with 5-Star on concrete issues and that Berlusconi had to play second fiddle to Salvini.
Both the League and 5-Star have voiced fierce hostility to EU budget rules and markets are likely to be spooked by any sign they might form a coalition. However, their divergent economic platforms have represented a serious hurdle to alliance deals so far.
Di Maio said on Sunday that 5-Star was keen on tax cuts, tackling youth unemployment, undoing recent pensions cuts and increasing welfare measures for families.
He also rejected the idea of a government of technocrats that could stay in charge for the time needed to reform the current electoral law and lead to new elections in the short term.
"These are practices of the past that we do not accept any more," he said.
Consultation to form a new government, which will be led by President Sergio Mattarella, are expected to start early next month.