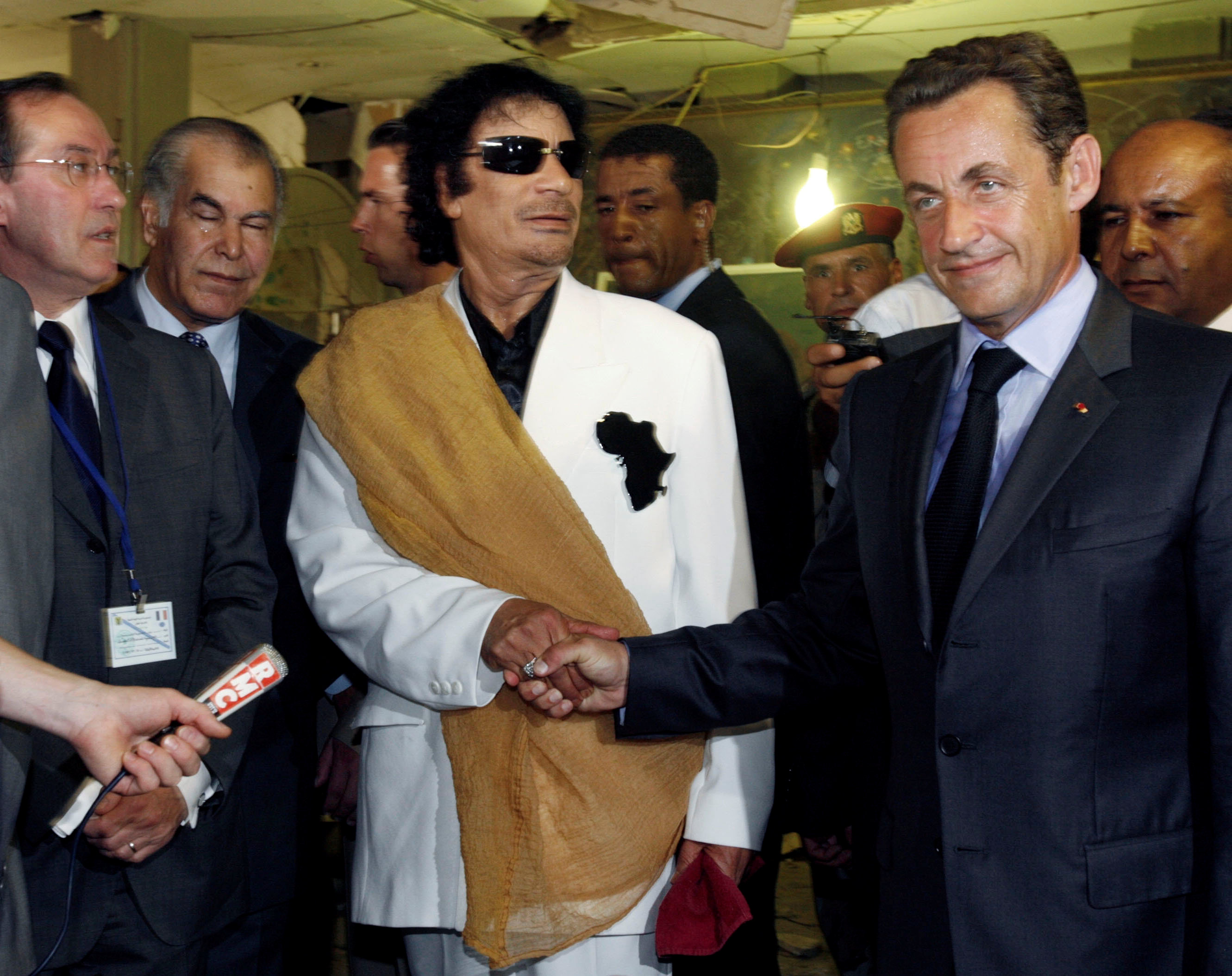 Paris: Former French president Nicolas Sarkozy was held in custody on Tuesday and questioned by magistrates investigating whether late Libyan leader Muammar Gaddafi helped finance his 2007 election campaign, an official in the French judiciary said.
It is the second major judicial investigation to fall on the 63-year-old, who served as president from 2007-2012. He already faces trial on separate charges of illicit spending overruns during his failed re-election campaign in 2012.
A lawyer for Sarkozy could not immediately be reached for comment. The former president has dismissed the Libya allegations as "grotesque" and a "crude manipulation".
France opened an inquiry into the Libya case in 2013, after reports by French website Mediapart based on claims by a Franco-Lebanese businessman, Ziad Takieddine, who said he had transferred 5 million euros ($6 million) from Gaddafi's former intelligence chief Abdullah Senussi to Sarkozy's campaign director.
Months after he took office in 2007, the French leader came in for criticism for hosting a state visit by Gaddafi during which the Libyan leader pitched his trademark Bedouin-style tent next to the Elysee Palace.
Gaddafi's first visit to a Western leader in decades, which was accompanied by the signing of several business deals, came after Sarkozy helped get five Bulgarian nurses accused of infecting children with HIV released from jail in Libya.
Sarkozy was later one of the chief advocates of a NATO-led military campaign that resulted in Gaddafi's overthrow and killing at the hands of rebel forces in 2011.
French judicial procedure allows for investigators to hold a person for questioning for up to 48 hours, after which the magistrates must say whether they have grounds for turning a preliminary inquiry into a full investigation.
The latter can, but does not always, lead to a trial.
The Libya-funding inquiry appeared to have gone quiet until January, when French businessman Alexandre Djouhri, suspected by investigators of funneling money from Gaddafi to finance Sarkozy's campaign, was arrested in Britain on a warrant issued by France.
A lawyer for Djouhri last month accused French authorities of politicising the case and manipulating it against his client. French authorities had no comment.
Sarkozy’s predecessor, Jacques Chirac, was convicted in 2011, after his retirement, of misusing public funds to keep political allies in phantom jobs. That made the now ailing Chirac the first French head of state convicted since Nazi collaborator Marshal Philippe Petain in 1945.
Sarkozy has been dogged for years by political scandals, but none has led to a conviction.
The Libya inquiry has largely focused on the evidence provided by Takieddine, who is himself under investigation in a separate affair of arms sales to Pakistan in the 1990s.
Takieddine stated in 2016 that he personally handed over three suitcases filled with cash from Gaddafi to Sarkozy and a senior aide to help finance Sarkozy's campaign.
Sarkozy's lawyer at the time, Thierry Herzog, dismissed Takieddine's claims and produced a copy of a witness statement to police by Takieddine in 2012 in which the businessman said he had last seen Sarkozy in November 2003.