Saudi crown prince heads for talks with Trump in Washington 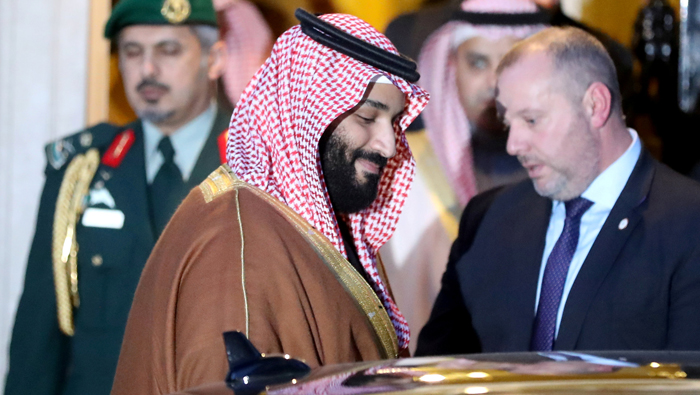 Riyadh: Saudi Crown Prince Mohammed bin Salman headed to the United States on Monday for talks with President Donald Trump and business leaders in his first visit as heir apparent to Riyadh's closest Western ally.
The state news agency SPA said Prince Mohammed, 32, who has embarked on reforms to modernise Saudi Arabia, would discuss "bilateral relations and matters of common interest", without elaborating.
The ambitious young prince visited Britain earlier this month on his first foreign tour since his rise as part of efforts to persuade Western allies that "shock" reforms have made his country, the world's top oil producer, a better place to invest and a more tolerant society.
He will meet Trump on Tuesday at the White House, press secretary Sarah Sanders said last week. The prince is also expected to visit New York, Boston, Houston and San Francisco for meetings with business and industry leaders, aiming to cultivate investments and political support.
Several dozen Saudi chief executives are expected to join him in touting investment opportunities in the kingdom. Any visit to the New York Stock Exchange will be watched closely by investors because of the potentially lucrative listing of up to 5 pe rcent of Saudi Aramco expected later this year. Sources close to the process said the kingdom is increasingly looking to just float the oil giant locally as plans for an initial public offering on an international exchange such as New York or London appear to be receding.
Prince Mohammed has won Western plaudits for seeking to ease Saudi Arabia's reliance on oil, tackle chronic corruption and transform the kingdom.